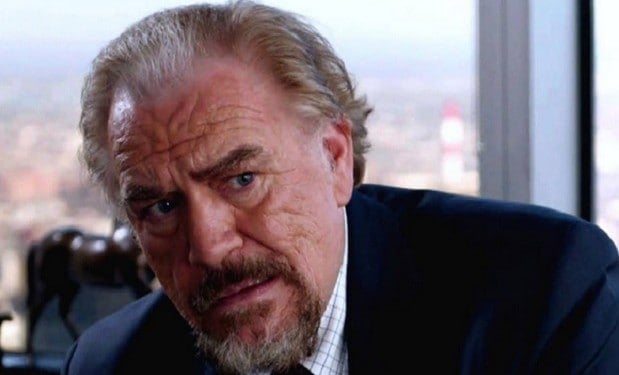 The Slap has reached the middle of its limited run, showcasing a trend where the episodes have are either a hit or a miss. The Slap‘s fourth episode falls somewhere in between, and though it has come bright spots, ultimately, this chapter could fall into the category of well-intended but forgettable.

The Manolis-centric installment centers on the patriarch inciting a novel cause: to repair the damage in his family, one that he believed, was in a better shape. Ironically, Brian Cox’s character is slapped on the face when reality catches up with him.  In the beginning, the man naively romanticizes the idea of helping Harry by solving Slapgate, which is interesting, since as the wise person he is, he should be able to let logic illustrate that one isolated incident wouldn’t be malign enough to cause such a mess.

On the other hand, as good as his intentions are, Hector’s father is, indeed, trying to help a child beater. The dissonances between generations could explain his stand; however, that aspect is only scratched on the surface, which is one of the episode’s biggest missed opportunities. Rather than tackle how family dynamics have taken a turn, and by doing so, examine the consequences that are difficult to handle for an aging patriarch, the show makes Manolis look slightly obsolete. He is more like the shadow of a great man, who now is a grump that is content with enjoying a family vacation in Greece. Almost in the same neighborhood of missed chances, since it is natural that Manolis would blindly defend his own blood, a parallel between his rationale and Rosie’s, could have been drawn. If only…

Instead of following his wife’s advice to visit his friend Demetrius, Manolis goes to see Thanassis, an old friend of his who is also a powerful attorney, to whom he pitches Harry’s case. His friend, at first, is more interested in being a show off and preaching about life’s meaning being about pleasure and victory; as a result, Thanassis tries to shake Manolis and the case off, but then reconsiders and accepts to meet with Harry, who, by the way, is in the dark about his uncle finding him ANOTHER lawyer.

Meanwhile, Gary, Rosie, and Aisha have a meeting with the district attorney, who is candid about the case against Harry being weak given that one incident alone is not enough, to which Rosie retorts that the slap was “very hard” and audible. I have to give it to Melissa George here; she played the over protective mother’s excessive conviction to a T–that line was the very definition of ridiculous, and she still was able to deliver it in a convincing way. Since Rosie’s arguments carry absolutely zero weight and are laughable at best, the DA asks Aisha if there is any history of violence that they could use against Harry. Aisha, who is in a very difficult position and has been correcting almost every word that has come from the mouth of the district attorney, suddenly has nothing to say and puts her poker face on.

In the meantime, while family supper is underway, Manolis convinces Harry to have lunch with Thanassis. Later on, when Hector and Aisha join, she is very short with her husband’s cousin and cannot mask  how uncomfortable she is towards the idea of letting her children go to see Wicked with Sandi and Harry.  Her actions are understandable, but by default she was slightly rude towards Sandi, who so far is one of the most likable characters on The Slap, or at least one that has not started a raging war against anyone else.

In parallel, Harry is increasingly worried about Aisha and confronts Hector about it, which is textbook chauvinistic behavior. That said, Quinto’s character could have gotten a straight answer from Aisha instead of Hector’s attempts to deflect his questions.

In the meantime, Gary is attempting to paint; however, his little angel is creating a loud environment, not very conductive for art. Hugo is banging a toy against the wall, while Rosie barely tries to handle the situation. As a result, Gary simply closes the door. The scene, though short and not entirely effective, at least shows some contrast within Hugo’s parents. On a similar note, any occasion to see Thomas Sadoski perform anything is welcomed.

Harry, Manolis, and Hector have lunch with Thanassis, who proves to be a shark by trashing Rosie and Gary’s family. In short, his strategy to defuse the case is to throw dirt on everyone, so Harry’s loud and hard slap has no impact. Hector is repulsed by the smear tactics, while Manolis is not comfortable with them yet doesn’t voice his opinion.  Of course, Harry instantly develops a bromance with the lawyer and is 100% on board.

After lunch, Manolis appears to be having some chest pains and decides to pay a visit to the doctor in the family: Aisha. While he waits, he talks to Connie, who blabs for what it seems to be forever about Hector, unveiling her Texas-sized crush. The old man reads some of the writing in the wall, but as he starts to inquire, Aisha is ready to see him.

Manolis’ check up is fine; however, he requests his daughter in law to get Rosie to withdraw the case against Harry. He wants her about Thanassis’ strategy. Aisha makes it clear that Rosie is family to her, and then surprises the patriarch by revealing that seven years ago Harry was violent to Sandi; therefore, she refuses to be complicit in another aggressive episode of his. I liked Aisha’s position; however, why did it take a slap for her to not like Harry? Wasn’t wife beater horrendous enough of a title? Was it necessary for him to hit young children too so she would see the light? To that I add that she absolutely sold out Sandi, and may have even violated doctor-patient confidentiality. For The Slap and its characters, it’s always one step forward, two step backwards.

After hearing that Harry, the man who hit a child and then was acting all giddy at the prospect of discrediting a family, just to get away with child abuse, also had laid his hands on Sandi, Manolis is shocked and pays his nephew a visit at the car dealership. When asked point blank if had hurt his wife, Harry, like the sociopath he is, delivers a sick spiel and states that he MAYBE bruised her. As painful as the scene is to watch, it’s great work by Quinto.

Finally, after fighting for lost causes, wining none, and getting more than he bargained for, Manolis makes his way over to see his friend Demetrius, who is ill. The two of them and Demetrius’ wife take shots, dance, and give the audience the one sequence where no one is deserving of therapy. In addition, Demetrius imparts some knowledge on his friend by expressing that he needs to stop trying too hard. He also notes that the patriarch of the family is now nonexistent.

Once at home, Manolis talks to his wife and acknowledges that Hector and Harry have severe problems in their lives. He wonders if they neglected them to cause such a debacle. Kuola simply retorts that they did their best and that the children are now adults who don’t need them. She adds that she does need Manolis. The scene is endearing, yet the ending of the episode leaves a bittersweet aftertaste as Sandi is reading in bed and accidentally reveals a scar, product of her husband MAYBE bruising her.

– Marin Ireland. Sandi is one of the most interesting characters. She is underrated, is the most measured, and seems to have no say on anything that goes on, yet her interventions, albeit brief, add a contrasting layer to the show. Between the “in your face” approach of 90% of The Slap‘s characters, her silent suffering and keeping appearances shines through.