Home
Movies
How the Revenant Book Differed from the Movie 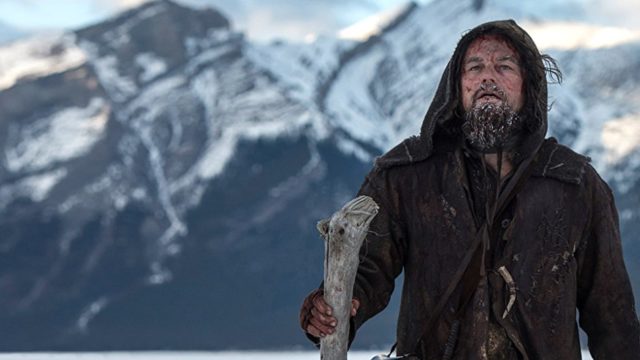 First, allow me to begin this short review with a disclaimer: It is extremely difficult to effectively adapt stories unveiled in books into lucid films that make sense. Where are good author goes to great lengths to create a story path and imagery, a director and screenwriter have to be able to translate all of that into imagery, but not just their interpretation of the imagery – but how most people visualized it. One wrong detail can capsize the entire project.

Now, with that out of the way, how did the movie Revenant measure up to the Book? It has been the consensus that the movie was good. Was it as good as the book? Did it stay within the parameters of the story? These a just a couple of the questions that serious readers and moviegoers were asking themselves as they prepared to watch this movie.

No, the movie was not as good as the book, and primarily because it took liberties that in my opinion rob the story of its authenticity. Keep in mind that this is a true story, so the more that you embellish, the more disconnect the audience from the true experience. For some moviegoers, this will not be an issue because their sole focus is on being entertained. However, there are moviegoers who want to embed themselves in the experience.

One of the liberties taken in the movie completely changes the base of the story plot. In the book, Hugh Glass (Played by Leonardo DiCaprio) does not have any children; however, the movie’s storyline is based on Glass seeking revenge on behalf of his son.

Another way that movie differs is that it focuses on one man’s quest for revenge and presents this quest as a solo mission – a man against the elements and the world type of thing. In the book, Glass is seeking vengeance on his own, but he consistently finds himself enlisting the help of others to survive along the way. I understand the element of solitude produces a more aggrandizing image of Glass, but it ventures away from the truth, once again robbing the story of its authenticity.

Another area in the which the movie ventures away from the storyline of the book is in the ending. I don’t want to spoil the ending for those who have not seen the movie or read the book, so, I will spare you the details. Nevertheless, the writer and director took the liberty of completely changing the way the story ends. One ending is very concrete, leaving no doubt how things end. The other is left open to interpretation. I will let you guess which one is which.

Now, for the viewer that loves historical fiction, this movie is absolutely fantastic, but if you are looking for a film that sticks close to the original storyline and reality, you will likely be disappointed, at least if you have already read the book. And whatever you do, don’t watch the movie before reading the book. Both the book and the movie great, but for entirely different reasons.

Meet the Cast of Dynasty Season 5

Why the Dino De Laurentiis Remake of King Kong Is Underrated

Thunder Force Exemplifies The Problems Of Most Melissa McCarthy Comedies

Should Sony Pretend That The Female-Led Ghostbusters Never Existed?
Comics Lists News Things You Didn't Know Whatever Happened To