Home
Movies
The Reason Why Elf 2 Will Never Happen 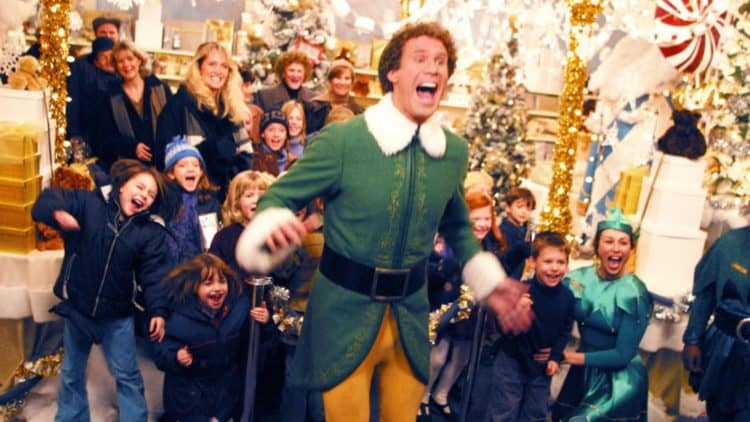 Will Ferrell is someone that a person absolutely has to be into if they’re going to believe he’s funny without any doubts, but somehow Elf managed to become one of the most valuable movies of the Christmas holiday, taking its place alongside other greats that have been seen as important movies that are bound to be played whenever that time of year hits without fail. While many of us might not understand this, since Ferrell’s continual need to shout and yell in some of his roles to get a laugh is a bit annoying, the truth is that a lot of folks value this movie in a way that’s almost manic. There is a bit of charm in this movie, but if anyone’s going to get down on other movies for their content then they’re going to have to dig into Elf as well since in true comedic fashion, there are plenty of ‘oopsies’ that Ferrell and the rest of the cast commit during the course of the movie when it comes to being insensitive and not entirely PC, which is one reason that it’s a little easier to watch him screaming and yelling half the time. But as far as getting a sequel it doesn’t sound as though this is bound to happen, largely because Ferrell and Jon Favreau, the director, can’t really get along and apart from that are continually busy at this time since they both have projects that are taking up quite a bit of their time.

Plus, and this might meet with arguments, do we really need another Elf movie? Some might answer ‘of course’ in an incredulous voice since how dare anyone suggest that more Ferrell is a bad thing. But the truth is, too much Ferrell is sometimes a bit irritating, not to mention loud when he really gets going. When he’s surrounded by a great cast and he’s not the main star, it’s great since he can be drowned out and pushed to the back when he gets a bit too rowdy. But on his own? Ferrell is still the man-child that tends to get out of control, and one Elf movie is enough, thank you. Plus, the movie had a happy ending for pretty much everyone and it a good time was had by all, so why bother going back to cause another issue that needs to be remedied? A lot of people wouldn’t understand this argument or would choose not to since quite honestly they love Ferrell’s work this much and can’t understand why anyone would say such things. It’s pretty simple, the guy is loud and he’s not the favorite of many people that can’t get behind his continual antics.

Is he a good actor? Sure. Is he a decent comedian? Sure. But the moment he takes the lead in a movie it’s enough to cringe since one can only imagine the yelling and screaming to come since this is his schtick, just as much as physical comedy is for other comedians, or sarcasm is for others. But bringing back the cast for an Elf sequel feels like an unnecessary gesture, which means of course that many people are behind it even if it will likely never happen. Buddy was given a happy ending, as were the rest of the cast members, so perhaps it should just end there.  I know, how dare I say such a blasphemous thing, but it’s the truth. Some movies simply need to be left alone due to the idea that they’ve reached a suitable conclusion and should be left to the imagination instead of being continued over and over so that Hollywood can continue to squeeze the earning from them. This is a big part of why sequels are made after all, since those in control of the ideas believe that they can earn more and more from sequels until the earning power of the story is well and used up and nothing else can be done with it. Sometimes the story does warrant a sequel, and sometimes it’s evident that the sequels are more of a continuation of the same story that’s been split into different parts. But there are too many occasions when a sequel should be given second and third thoughts before finally being set aside so that another idea can be brought up, thereby sparing the audience from a lackluster sequel to give them something new and fresh to focus on.

But unfortunately, many people will hear the word ‘sequel’ to one of their favorite movies and will gravitate towards the idea like moths to a flame, or a bug zapper. Either way, a lot of people end up finding out too late that the sequel wasn’t worth the effort and will find themselves sorely disappointed. In other words, it’s a good thing that Elf 2 won’t be happening anytime soon.