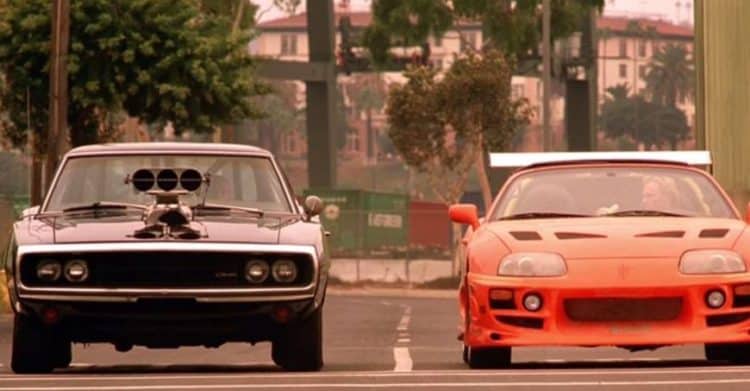 Inspiration is a funny thing sometimes since it can come from pretty much anywhere and be picked up when you least expect it. The Fast and Furious franchise has gone from the simple beginnings of a street racer culture to impossible stunts and science fiction moments that have been attracting fans in waves as each movie comes out. There have been a couple of duds here and there but otherwise, the fans have kept coming back for more each time a new movie comes out. It’s been established that the next two movies will be the last, but how far they’re going to go and what kind of stunts we’re going to see next are hard to imagine since the cast has taken on some of the most difficult and unbelievable scenarios that a person can imagine. But the funny thing about the Fast and the Furious is that it was inspired by an article written by a journalist named Ken Li that was published back in 1998.

The piece was written after Li noticed a car theft and it focused on a car enthusiast by the name of Rafael Estevez. As one can imagine, Li came to know quite a bit about the culture, and after a while, Universal paid for the film rights and the rest is history. That’s what one calls a great deal of luck since writing an article without any intent on getting anything but a publishing credit and perhaps a payday and then getting paid for the movie rights is absolutely insane. But it did manage to spawn a franchise that has lasted since 2001 and will no doubt last throughout most of the 2020s depending on when the last two movies come out.

It’s more than fair to say that the Fast and Furious movies have moved away from the quasi-reality they started with since in the first movie it was still believed that most of what was going on could happen. But 2 Fast 2 Furious really started pushing the envelope as to what kind of stunts were actually possible and how likely it would be that things would go down as they did. Even the first movie pushed things a bit out of true when it came to how things would go since it’s very possible that more than a couple of the crew wouldn’t have made it out of the movie alive when all was over with. The second movie just pushed it further since the moment that Brian and Roman went sailing off the dock onto a fleeing boat, the fantasy took over in a big way. Tokyo Drift just added to it, while the movies that came over kept upping the ante and making it clear that what the fans were seeing was little more than an unreal adventure that was too entertaining to look away from since it made Dom look like a certified badass, Brian like the good guy that was trying to do the right thing, and everyone else as the supporting family and crew that they needed to be.

Once Dwayne Johnson and then Jason Statham were brought in things really started going off the rails since the Hobbs and Shaw movie is so far out of bounds that one can’t help but sit back and enjoy the show rather than try to pick it apart as so many people often do. The thing about the movies is this: people know that the majority of this stuff isn’t real, but they don’t care. They know that a person can’t possibly drive fast enough to escape a collapsing building, especially with an attack helicopter hovering overhead ready to blast them at any moment.

They know that a guy, no matter how muscular, can’t hope to hold onto an attack helicopter attached to a chain and to a vehicle without having his arms ripped out of their sockets. Yes, people know this, and they don’t care. The movies have moved far beyond the casual car enthusiast feel and have gone for everything they can in the name of entertainment, and people are loving it since they get to see their favorite celebrities driving fast cars, interacting with other big celebrities, and completing impossible missions that make them appear superhuman at times. Those that are smart enough know that what happens in the movies isn’t going to happen in real life since injury and death are the only possible outcomes for those that aren’t trained to perform the stunts in the movie. Even the stunt people don’t take their jobs lightly since they know what’s at stake. But you have to think that all of this came about because of an article a journalist wrote, a piece on a culture that a lot of people don’t fully understand. That’s something that might make a lot of people laugh, with appreciation of course.