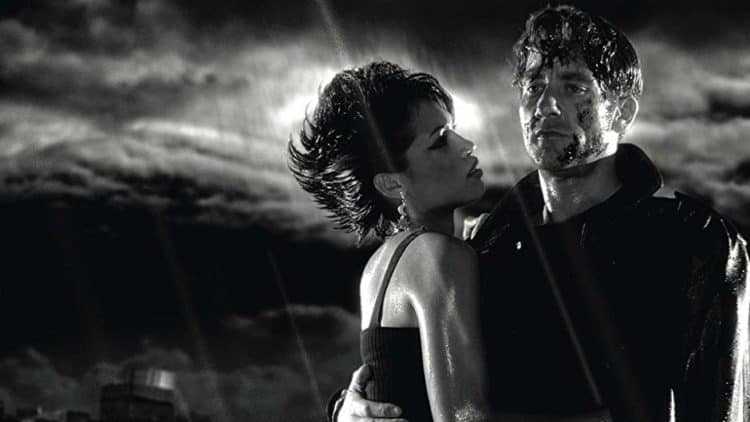 Just in case you need a refresher on what film noir is, it’s not something so complicated that it takes a true connoisseur to understand. Instead film noir is a term used to describe any film that’s rather pessimistic, rooted in menace, and exceedingly dark and fatalistic. In other words, these are films that don’t often offer a pleasant ending or even more than the occasional ray of hope that might make people believe in miracles. A lot of times the ray of hope that exists in such film is found in the thrill of revenge, in the idea that those that have it coming are going to get it finally, but rarely is there a thought that things are going to get better before the credits start rolling. This type of film was apparently started in America, but it was the French that coined the term and gave way to a new style of film.

Here are a few from the 2000s that were exceptionally dark but also quite good.

If you don’t follow this movie from the beginning you might very well get lost since the whole idea is that the clues leading up the end are there for you to find, but only if you’re willing to go in close and take a good look. Honestly, they’re thrust under your nose every step of the way but the situations that the lead character finds himself in from time to time make it possible to miss at least a few of them and even focus your attention in the wrong direction. By the end of the film almost nothing has been solved, but the the idea that those that were in the wrong have paid is one that seems to have come to fruition.

Condensing so many graphic novels into one movie was bound to make some people upset once they’d read it all. Plus the idea that Jessica Alba didn’t want to do a nude scene as Nancy does in the novel seemed to get under some peoples’ skin. But all in all this movie wasn’t that bad in the manner it was done. If a person had never read the graphic novels (guilty) and watched the movie then they might be a bit lost in some instances, especially when some characters are given prominence and others are just a blurb. Overall however it was dark, it was dingy, and there wasn’t a whole lot of happiness to be found that wasn’t beset upon on every side by misery of some type.

This movie was in some ways rather disturbing since it’s the uncertainty that this man has to live with in the wake of being left with a condition that doesn’t allow him to make any new memories but also in which he’s fabricated his own past to justify the life he now leads. Hunting down a “John G.” wherever he goes, thinking that the men he finds are all the killer that took his wife from him is one thing. It’s a story of revenge that people can get behind. But once you get to the end most people will do a sudden turnabout and see Leonard as someone other than the protagonist, though he’s not quite the antagonist either.

Nolan reverted back to a darker, grimier Gotham that seems as though it might have existed just beneath the world that Tim Burton created. If Burton created a dark, forbidding place for Batman to exist, then Nolan create the underworld equivalent of that location, adding in a Joker that wasn’t just clinically insane, but ultimately far more violent than even Nicholson could ever be. With all respect, the character of the Joker in this one actually affected the star playing the part to the point that he could barely tell where the line between reality and fiction really stood at times. Heath Ledger was a master of his craft in this movie, and it seems as though, were he still around, the third movie might have been slightly better.

Why is this number 1? Especially above the Dark Knight and the others, this is up here largely because of the uncertainty and the ability of Vincent to simply blend into a crowd. Tom Cruise had to perform an exercise for this film to see if he could pass himself off as just another person that wouldn’t be recognized by anyone, and he did it. He dressed in a UPS outfit and delivered packages for a few hours and the best part is that almost no one recognized him. Now imagine an assassin, someone paid to exterminate those that other people want out of the way, being able to simply walk into any establishment and kill at will before making their way out the door. That’s why this one seems so hopeless, because there’s not a lot that a person can do, in a movie, to stop a determined killer.

Some movies are designed to be hopeless, as the happy ending doesn’t work for everyone.