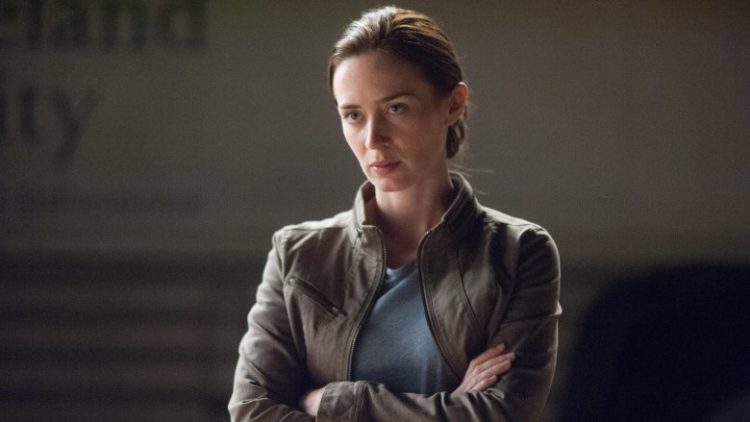 Emily Blunt seems like a woman that some people love to criticize and others love to admire. Her acting seems spot on and for the most part she does have a lot of people eating out of her hands when she’s on screen. There are roles now and then that make her seem a little less appealing on screen simply because of the character she has to play but that seems to be the idea, and it makes her even more appealing since she gets a reaction that might have been desired. Any actor that manages to cause a genuine reaction in people, not just one that’s a knee-jerk response, could be called somewhat skilled since they’re doing a job that requires them to get down to a level where people can understand and relate to them. And to be perfectly honest, Blunt seems a little distant sometimes, but at others she’s as real as can be.

Some people believe that our lives are predestined, that there’s nothing we can do to escape the fate that’s already in store for us. Others don’t believe that and rail against what they see as the inevitability that comes with being alive. Honestly and truly this movie is a lot more interesting than it got credit for since it raises the question of how much choice we have in our lives and what comes as a result of the choices that we make. Some of the results seem a little out there and hard to swallow but when one sees the cause and effect in the real world it’s kind of hard to deny it out of hand.

Imagine being in a war and knowing the enemy’s next move. It’s not just a guess or a feeling, it’s the literal representation of knowing the future and what’s going to come. Tom Cruise’s character might have to die over and over again to really learn anything but at the very least he meets up with Blunt’s character, who knows what he’s going through since she’s had it happen to her as well. But having to go through the same day and learn from the same mistakes over and over would be horrendous. In fact it’s almost like a very violent and much more tragic version of Groundhog Day.

Predators native to this world hunt by sound as well as by smell and sight, but the saving grace that humans have is that most of those predators aren’t armored in such a profound way and they don’t hunt humans. The things in this movie hunt primarily with sound and will come running the moment they hear anything that sounds like food. The worst part however is that Blunt’s character is pregnant and, during an attack by the creatures, she goes into labor. When was the last time you can remember a woman going into labor, without doctors around, could possibly go without making a sound?

2. The Girl on the Train

It’s one thing to have a drinking problem and blackout occasionally, but it’s another to have someone in your life that plants false memories in your mind when you’re in such a state. Rachel isn’t a perfect person and she does have a seriously damaging relationship with the bottle, but her ex-husband is the psychopath since he tries to blame her lapse in judgment and her drinking for everything that’s gone wrong. When Rachel starts to find out differently however she’s not shy about telling his new wife what’s going on and why he’s such a danger to her. Of course that doesn’t go over too well with him.

Upholding the law and creating order out of chaos sometimes means causing the chaos and disrupting the order in ways that aren’t quite as obvious as people would like to believe. The legality of such actions are always in question since those that swear to uphold the law and do everything by the book tend to see the rather excessive and questionable practices used as suspect and not at all acceptable. The problem with morals when dealing with Mexican cartels, especially in movies like these, is that the cartels don’t seem to hold to much of a moral code and will see that as a weakness of their enemies to be exploited. The old saying that speaks about hunting monsters and not becoming them is very accurate, but it’s also more of a mantra for those that can’t stomach the idea of being considered a monster.

Emily is a very talented actress, but sometimes it seems as though her acting might rub people the wrong way. That’s regrettable since she’s played some very memorable characters. No matter what is said though she’s got a lot of talent.

Season One Recap of Raised by Wolves