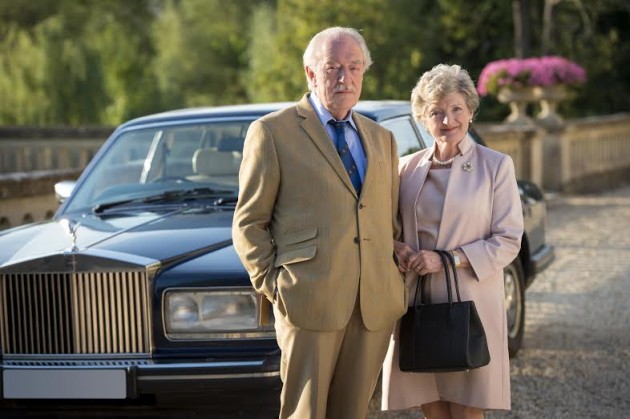 Nothing screams “intense character drama” like the ins and outs of a rural English parish council, right? Adapted from J.K. Rowling’s novel of the same name, HBO’s The Casual Vacancy (which aired earlier this year on BBC) is an ambitious mess of genres, characters, and stories all stuffed into a three-hour miniseries, featuring some of Britain’s finest performers – Michael Gambon, Rory Kinnear, and Keeley Hawes, among many others – and some gorgeous cinematography. And while The Casual Vacancy certainly falls victim to the sheer weight of characters and the ideas it tries to bring across, it remains a surprisingly entertaining, if extremely small-scale, look at a group of people, and the ripple effects a single death has on the community, when a member of the parish council dies hours after an important, community-defining vote.

When The Casual Vacancy can get all those various elements working, it can be a treat. The show’s second episode is far and away the greatest of the three, a sharp, satirical hour that doesn’t have to succumb to the pressure of introducing a massive set of characters (like the first episode does) or the overwrought ironies of the finale. The other two episodes, while entertaining, are tonally all over the place, which often robs much of the proceedings of having any real impact. For much of the first chapter, The Casual Vacancy fills in its world around one character, presenting a aesthetically-rich, quiet drama about social and personal responsibility, sprinkled with the aura of small-town politics. Then that character dies, and his “ghost” (really just a kid from town) begins shedding light on his potential replacements by insulting them on the internet, posts which are read in the dead man’s voice, completely shifting the show’s voice into something more surreal and goofy, setting the stage for the terrific second episode.

That second episode really is terrific. One of the things The Casual Vacancy frequently does is draw lines between the two generations in the town, in addition to each other; Vacancy loves to see multiple characters in the same space, even if they’re not interacting with each other, Game of Thrones style. But it’s the stories of teenagers trying to make sense of the world their parents live in that works the best, centered around four high school kids (one silent), whose parents’ political and personal battles have left them disillusioned with their own families. Here is where the show’s magic lies: the teenage characters are so much more complex than their parents, a series of well-acted, but thinly-defined characters whose arcs mostly act as cautionary tales for selfishness. The kids, however, have no control over the world they live in, clashing with their parents and each other as they search for definition. Even the character who defines life as “death and sex” gets sympathetic touches, surprising exploration of a secondary character who plays an integral role in the third episode as a source of conflict for the show’s most endearing character, Krystal Weedon.

Played by newcomer Abigail Lawrie, who is fantastic in her first professional role, Krystal is really The Casual Vacancy‘s central player. A teenage girl from the drug-addled community half the parish council is trying to ignore, Krystal lives with her recovering mother and toddler brother, trying to keep her family together after the social worker taking care of them dies. Her character, initially portrayed as the typical, trashy down-on-her-luck lower-class white girl, becomes the show’s beating heart by the second episode, when she masturbates a classmate in the philosophy section of the library (okay, it doesn’t sound endearing, but trust me). It’s her character that lifts the show above its entertaining, but trite stories about mid-life crises and marital conflict, and she also brings the show crashing down in the final episode, as The Casual Vacancy suddenly takes a turn into absurdism, the satirical streaks apparent at various points suddenly saturating the series and turning the last fifteen minutes into a dissonant mess.

It’s that tonal inconsistency that limits The Casual Vacancy, not its narrative or setting. There’s plenty of material that suggests there’s a wonderful story about social injustice and personal dissatisfaction, but Vacancy blurs that with its inability to maintain a consistent voice, either with its comedy, its tragedies, or its interpersonal drama. Where The Casual Vacancy excels at atmosphere and performance, it greatly struggles with articulating its pathos beyond “Wow, life sucks!” – and in the process, proving its three-hour length was too short to adapt 503 pages, ending with a series of non-resolutions tied together by a ridiculously overwrought irony it passes for a “climax.” Yet The Casual Vacancy is still an engaging watch, an ambitious series of images, stories, and characters only undercut by the show’s running time and source material. For a three-hour series intensely focused on the voting patterns of selfish people in a small English town, The Casual Vacancy could be much worse than it is; however, with so much promise displayed in the first two chapters (combined with the breadth of talent on-screen), it’s disappointing ending is proof that it doesn’t exactly fill its own potential.