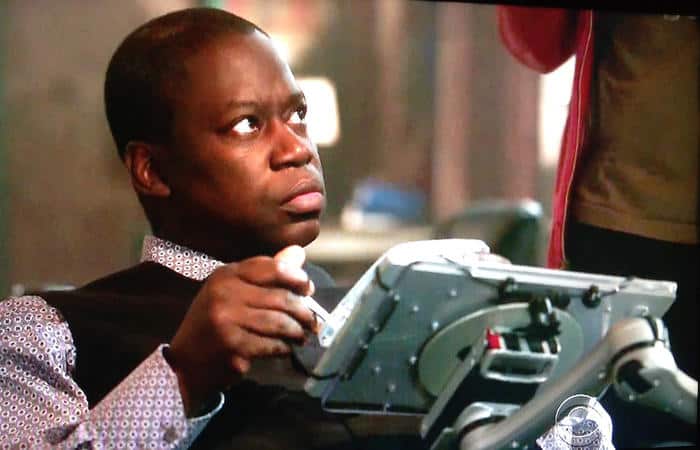 It’s amazing how many actors we don’t know by name since a lot of them have been around for so long that getting to know them should have been something that happened a while ago. But Daryl Mitchell is another individual that a lot of people don’t really know by name for one reason or another. Quite a few times that he’s been seen on screen he’s been a very sarcastic and even confrontational character as his attitude has been one big reason why people remember him since opening his mouth has been one of his biggest talents since it gets him noticed and alerts everyone that he’s a part of the cast. His character can be a little overbearing at times, but at the very least he’s remembered and it’s for something that is actually kind of amusing since he does add a bit to the movies and shows that he appears in. As far as being leading man material he’s not too far from being able to take that much on his shoulders, but he definitely works better as a supporting character, someone that’s there to help everyone out and to play their part in the whole experience as a character that’s more or less there to be a part of the overall project.

One good example is in the movie 10 Things I Hate About You when he plays Mr. Morgan, a teacher that a lot of us can probably remember since we likely had someone like him at some point in our high school years. These are the teachers that have a lot to offer the students but have usually grown tired of the constant need that some kids have to talk back, to act like they know everything, and to simply challenge teachers for no better reason than because they can. Mr. Morgan is the type of teacher that doesn’t take that much noise from the students but will give plenty of it back if he’s not listened to. But these are often the teachers that have the best lessons to teach since despite appearing worn down and just plain tired of their students they’ve become more intolerant of those that try to skate through the system while doing as little as possible, and tend to go harder on those that they know have potential. Those of us that have had teachers like this and have actually listened to them usually have a lot of thanks to give when all is said and done.

Another role in which he was able to play a strong-willed individual was the cult classic Galaxy Quest. To be fair though the character of Tommy was definitely someone who was fed up with his role in the old show that he and his fellow cast members were attached to, but he wasn’t quite as tough as he made himself out to be. As the pilot of the ship in the show, he had no idea how to fly the real thing when he and the crew were taken to help the Thermians with their issue, but he did manage to learn after a while since amazingly the aliens fashioned everything they had based on what they’d seen on the show. Unfortunately for Alan Rickman’s character that meant that the meal was something less than a human stomach was capable of handling, especially since it was alive. Tommy wasn’t the most important member of the crew in the movie, but the best thing was that he was an integral part of the whole thing just as much as the rest of them, and while he didn’t get a lot of screentime he did manage to become the hero for a moment when he maneuvered the spaceship through an intergalactic minefield, facilitating the destruction of the enemy ship that had been targeting them. Daryl has been an important part of a lot of different projects that he’s been on but rarely has he ever held more importance than a supporting character since this appears to be where he shines the most.

To be fair, a lot of people fit into supporting roles when it’s called for, but the leading roles that are taken in movies tend to come with a lot more pressure and a great deal more visibility that makes it that much easier to criticize someone and comment upon their acting skills from time to time. It’s definitely a spot that affords people bigger paydays sometimes, but the trade-off is that if the movie does well then the lead actor might be credited for it, while if the movie does poorly the lead actor might be forgiven or they might be deemed to be part of the problem. Daryl is definitely where he fits in the most, and it’s where he gets a great deal of respect, which is well-earned.