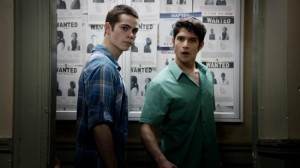 Last night’s Teen Wolf deserves applause, flowers, and a standing ovation for not only giving the fans the answers we have clamored for all season, but for also laying the foundation for the sh*tstorm to come. Now before I begin the indepth review, I must give Jeff Davis major props for a tight script that weaved all of his storylines into one cohesive, unforgettable hour of Teen Wolf yet. Plus, the episode echoed elements Buffy the Vampire Slayer’s second season (I will get into how a bit later), but not to the point of complete plagiarism since The Vampire Diaries did something a little similar in their second season as well. With that said, there were a couple of quibbles I had with the episode, namely the sloppy assault on the police station, but the episode as a whole makes up for that miniscule qualm in abundance.

Now on to the episode itself, because there is a lot to take in and discuss.

A lot of revelations and conclusions with Matt’s storyline last night, which came to a tragic end after giving us all the answers we needed, and even a proper backstory. While the answers were sound, the reason behind Matt’s rage was good ole fashioned revenge, yet said rage could have been dealt with properly without a trail of dead bodies. We learned that the swim team were the reason behind Matt’s “death,” meaning that Matt never was really dead, buried, and resurrected by some supernatural force. Again, think Buffy season one and how the titular slayer died from drowning, yet was revived by Xander at the last-minute. The same thing happened with Matt, who was saved by Coach Lahey, Issac’s abusive father, and was threatened into silence by Lahey.

While I get Matt’s fury (nice tie into the legend of the Furies) and his thirst for revenge, there are two things I can’t shake when it comes to fully giving this guy my sympathy card. 1) From the looks of things, everyone involved with his drowning ended up in less desirable positions in their adult lives, most notably Coach Lahey, who turned into the stereotypical creepy cemetery groundskeeper that gets killed in most horror movies. In short, they got what they deserved. To an extent. 2) For Matt to be knowledgable in his mythology and literature, he should have remembered the old Confucius quote of “before you bark on a journey of revenge, dig two graves,” which saw Matt succumbing to his own revenge literally and figuratively. To die by the same means that sent Matt on his path of revenge was one of the most poetic moments of the night, and a perfect end for such a tragic character. I would say he would be missed, but I would be totally lying if that came from my fingertips.

What can we say about the world’s most demented grandfather other than the man being just as scary as the Kanima and werewolves combined? Gerard is easily the most lethal of the characters on Teen Wolf at the moment, which makes him the one everyone has to worry about at the moment. Not only is he trained in hardcore combat, but the man is a skilled manipulator, who knows no boundaries when it comes to his victims.

Last night, Gerard used his daughter-in-law’s death to woo Allison into not only getting revenge, but to become his perfect weapon in the process as well. Past and present, Gerard is everywhere and who knows just how far his reach and influence extends. I wouldn’t put it past him to have had a hand in Sheriff Stilenski being fired, if not directly, then through influence. How else would he have been able to go Assault on Precinct 13 without someone asking questions?And now, the most powerful man on Teen Wolf has control over the Kanima?! You knew hell had officially come back to Beacon Hills when Peter Hale, the original Big Bad of Teen Wolf, displayed his fear when Gerard acquired his new weapon of choice.

But with all that said about bad boy Gerard, wait until Allison learns the truth behind her mother’s death, and that Gerard played her like a fiddle. He’s gonna wish that girl was never born or that he ever crossed her path.

While Matt held up Scott, Stiles, and Sheriff Stilenski, Mrs. McCall was pulled into the foray and saw 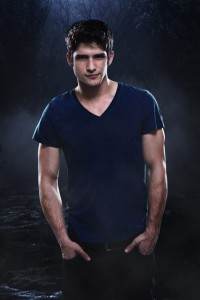 Scott get shot clear in the stomach by Matt. After pleading for Matt to let her tend to her son’s wound, she was later shocked to not only “discover” that kanimas and werewolves existed, but that her son was a werewolf as well. This is where the similarities of Buffy the Vampire Slayer’s comes into play, because it was also towards the end of that show’s second season that Joyce Summers, Buffy’s mom, discovered that there were vampires and that her daughter was chosen to slay them. Oh and the fact that Bianca Lawson (the school counselor) appeared in both Teen Wolf and Buffy‘s second seasons as an important character, but I digress.

It will be interesting to see how Scott’s mom handles this new piece of information, because it will tell whether she knew about werewolves before hand or not. I would bet on the latter, but something is telling me that the former is where the money is.

Also, we learned that all of Scott’s moves since Gerard gave him the ultimatum a few episodes back (joining Derek’s pack, letting them know of the Kanima’s master, etc) were all a part of Gerard’s grand scheme. Seriously, who else does Gerard have working for him?

Finally, the other big reveal of the night (at least for me) was the Vet aka Dr. Deaton’s scene with Derek, which answered a boatload of questions. Apparently, Dr. Deaton was an ally of the Hale pack of werewolves, who dubbed him as an “advisor.” While that didn’t exactly answer what Dr. Deaton was/is (witch, human, other supernatural being), it did reaffirm that when this man talks, Derek and everyone else better listen and listen damn well.

Thankfully, Dr. Deaton confirmed that Derek is still an Alpha, albeit an incompetent one, which was like the good vet repeating everything I had said about Derek all season. Derek wasn’t ready to become the Alpha and while it showed throughout the entire season, it was finally brought into question by someone who can tell that Derek has screwed up since Day One. Hopefully we will learn more from Dr. Deaton in the future, and hopefully he doesn’t bite the dust in the finale this year.

More Kanima lore was dropped on us last night as we learned that Matt’s fury and rage was so strong that it connected with Jackson, who in turn killed Mr. Lahey for Matt. Later, the two bonded and became master and controller. The first five minutes of the episode was the perfect set up for the vomit of information that followed and it made sense. Can’t stress that enough. Then the plot thickened as Derek revealed that Matt’s misuse of the Kanima, which involved killing innocent people, would turn Matt himself into a Kanima. With that knowledge, will the same fate happen to Gerard? 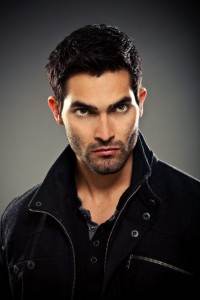 – Matt’s line of Derek and Stiles being great together was a well welcomed wink from the writers of Teen Wolf, who know that Derek and Stiles just click when they are thrown together in the latest mishap. Kudos to the writers for that easter egg. Speaking of which, Stiles’s line as he dropped after being paralyzed by the Kanima? Classic.

– There was no sign of Lydia anywhere, but with the bloodbath that transpired, I’m glad that she didn’t pop in to get hurt in the process.

– What is up with Gerard and that silver compact he carries? Does it hold pills or some other type of supernatural drug to help with his apparent illness?

– Still trying to figure out what Scott, Derek, and the rest have to prepare for and what Dr. Deaton and the high school counselor have to do with it.

Told you that there was a lot to talk about, but now it’s your turn. What were your thoughts on last night’s Teen Wolf?