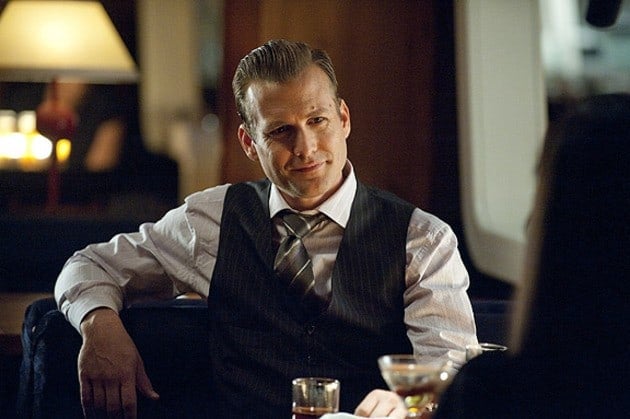 When I saw the promotional advertisement for Suits before it premiered on June 23 four years ago, I wasn’t too interested in watching it. Sure, I used to watch Boston Legal before that ended on an interesting note seven years ago, but I was more of a CSI fan back then. Now in its fifth season, Suits is more popular than ever. For these summer re-watch reviews, I will be taking a look at the first season of this action-packed, drama-filled legal series.

The pilot episode begins with a group of people arguing in a conference room with a man, Louis Litt (played by Rick Hoffman), standing by the windows and watching the scene unfold. He then leaves the room and goes toward the co-founder and managing partner of the Pearson-Hardman law firm, Jessica Pearson’s (played by Gina Torres) office, who then instructs him to go get Harvey Specter (played by Gabriel Macht) to help close the situation at hand, which Louis reluctantly does.

After Harvey manages to convince the client, Gerald Tate, to sign the deal that was put in place, Jessica tells him that he has been promoted to Senior Partner, and interviews for his personal associate have been set up, much to the shock and obvious jealousy from Louis, who believes that he should be the one who should be promoted since he works harder than Harvey. Harvey, on the other hand, is happy about his promotion, but isn’t too happy about having his own associate because he feels that he works better alone.

Meanwhile, in a classroom full of law school hopefuls, we see Mike Ross (played by Patrick J. Adams) taking the entrance exam, and it’s later revealed that he’s actually doing the test for someone else in order to make some quick cash. It seems that the high school “rule,” where popular kids get the nerds to do their homework for them, is still very much alive, so to speak. I really wanted Mike to punch or lash out in a fit of rage at that stuck-up kid whom he took the entrance exam for when the latter showed his displeasure when Mike didn’t get him a higher score on the exam. I was practically yelling at the screen, “Mike was trying to save both of your butts, and you want to get all greedy and get a high score?! Keep dreaming, pal!”

I enjoyed the scene where Harvey was at the Chilton Hotel interviewing potential candidates for the associate position. His secretary Donna Paulsen (played by Sara Rafferty) has the time of her life when Harvey tells her to give each candidate a hard time before sending them into the room to be interviewed. I really like Rafferty’s portrayal of Donna; her straight-forward fiery personality reminds me of Elizabeth Bennett from Jane Austen’s novel Pride and Prejudice and a little bit of a close friend of mine.

I especially liked the part where Harvey interviewed Mike and the latter beat the former with facts about the Law, making me wish that I had his eidetic memory so that I could be able to remember everything down to the last detail (but I digress). What surprised me is that aside from all the knowledge of the Law, Mike has no idea how to fill out a subpoena and when he asks Harvey to help him, Harvey just looks at him like, “Shouldn’t you know how to do this?” I was watching it thinking, “Huh, a guy with an eidetic memory doesn’t know how to fill out a subpoena. Will wonders never cease?”

I took a little trip down memory lane when I watched the scene where Mike came into Pearson-Hardman to begin his first day at work and got his orientation from the resident paralegal Rachel Zane (played by Meghan Markle). It just reminded me of all the times that I walked into an office to be interviewed for the position that I had applied for, the amazement and wonder at the fact that I might have the opportunity to work in a place like that. Somehow, I think that I’m going to be just like Mike on my first day of work, trying to adjust into the work environment and learn the difference between what is professional and unprofessional.

Overall, the pilot episode of Suits was extremely solid. The pro-bono case that Harvey has Mike work on has a happy ending, and the interaction between Mike and Harvey is starting to go from mere strangers to that of friendship. I understand why fans of the show, myself included, keep watching each and every episode. It also tells us that life can throw all kinds of things at you: you just have to stick it out when things get tough so that you don’t stay down for the count. Onto Episode 2! 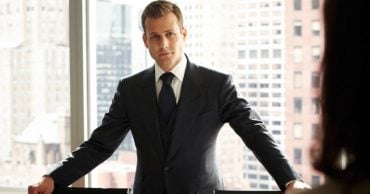 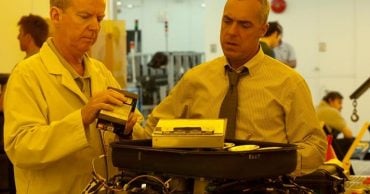 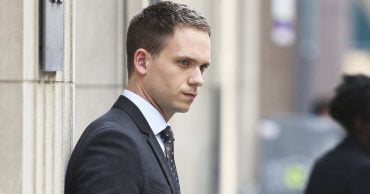 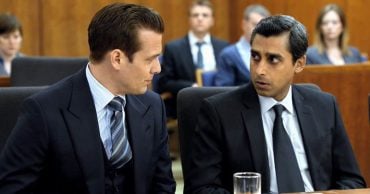 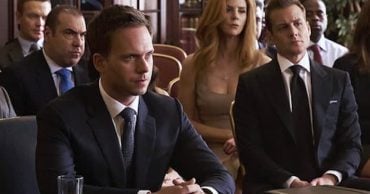 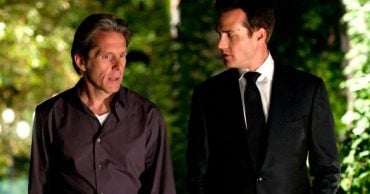