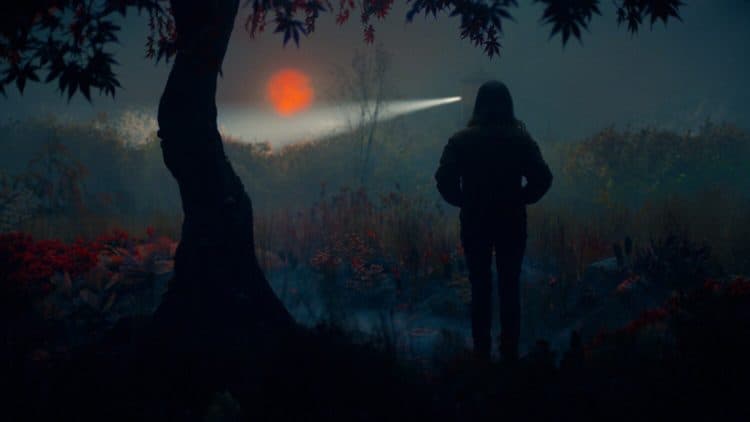 There are times when many writers have to wonder where their ideas come from, how the inspiration hits them differently than another person, and are they crazy, or just following the call of another idea. Stephen King puts it accurately in stating that writers go to another world when coming up with various ideas, and while some would deny this and state that they go off of experience or from another story that they’ve seen or heard, the drive to do this has to come from somewhere. It’s an argument for another day, but Lisey’s Story, which King has admitted is his favorite among his many titles, is a story that many can admit that people will take in a number of different ways. Some might wonder how that’s possible since the words read the same to each person and don’t change or rearrange themselves on the page, but the ideas that float through one person’s head might not resonate with another person, since the manner in which people think is different, unique, and personal on a level that isn’t meant to be questioned that often. Cue the practical-minded literalists that would step in and throw psychology and science into the mix, since the unknown boundaries of the human psyche, those that are thought to exist anyway, aren’t always so easily bound by the disciplines that humanity has come up with to explain away that which we don’t understand. Whether practical-minded folks like it or not, there’s not always a way to explain just what pushes authors to write what they will. King might have explained what inspired him to write Lisey’s Story, but he’s still very much a student of the story as much as he is the master, and it’s a wise writer that realizes this.

Some writers might see the sense of Boo’ya Moon, the secret place that Lisey’s husband went to and created during his childhood since the whole idea of this place is that it’s different from the world that one is born into, but it still has its own beauty and its own dangers. That’s the life of a writer, however, at least for those that let themselves get caught up in the moments between this world and the worlds they create. One can fall so easily into the realms that they dabble in at times that it’s easy to feel like a ghost when we’re back in the real world, a presence that hovers about but no longer fully belongs there. Lisey’s Story is one of those that is bound to remind people writing isn’t just about putting words on the page, it’s about putting yourself and whatever else happens to manifest into the hearts and minds of those that are willing to partake of the fiction that so many writers will convey in their time. There are dangers obviously, such as obsessive fans and those that want to exploit the worlds that a writer creates for financial gain, and Stephen King definitely takes into account in the story as he goes into detail about what happens when a fan that’s willing to take things too far continues to push, and push, and push until he gets his way. The downside of obsession though is that one rarely sees the danger they’re courting until it’s fully prepared to devour them.

It’s very easy to wax on when talking about writing, but from a more practical point of view, King is easy to listen to when he talks about this story and what it means to him since many writers tend to feel just as strongly about their own stories and will gladly regale anyone about the inspiration that went into them and why they’re so important. Lisey’s Story stands out as one among many that can give a very unified look at what writing means and, from a certain perspective, how it can encompass the writing experience for many upon many people. Some might want to think of writing in a different manner, some might want to agree with King, the point is that we all create our own worlds when writing and we all have our own place much like Boo’ya Moon that allows us to focus and draw the type of energy we need to ourselves in order to create the many stories that fill the numerous pages that adorn a multitude of bookshelves, wherever they might be. Every writer has a gimmick that they seek to work with, and every writer has their own corner or their own reality that they retreat to when it’s time to create. Lisey’s Story shows that while this is a very real thing that writers do, we all do so for our own reasons. Sometimes it’s to escape, others it’s to create, and then sometimes it’s just to find a quiet spot where we won’t be bothered.