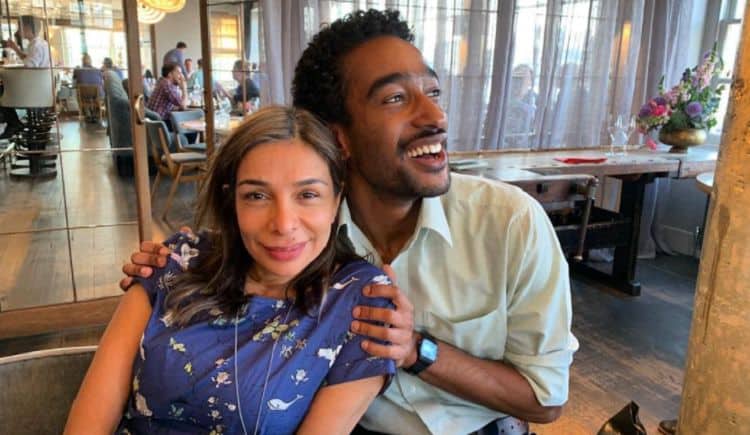 Shobna Gulati has more than 20 years of professional acting experience to her name and she has done a lot during that time. From the start of her career, it was evident that she was someone viewers were going to be seeing a lot of. Shobna has certainly lived up to that expectation. Over the years, she has shown tremendous versatility and her resume reflects that. She is best known for her roles in shows like Treasure Champs, Coronation Street, and EastEnders. Although most of her career has been spent on the small screen, she’s getting ready to shake things up in the movie world with her role in the upcoming film Everybody’s Talking About Jamie. Keep reading to learn 10 things you didn’t know about Shobna Gulati.

1. She Is Still Recovering From COVID

The COVID-19 pandemic has impacted countless people all over the world, and Shobna Gulati is one of them. She contracted the virus in March 2020, and she quickly began to suffer from some of its worse symptoms. At one point, she even thought that the virus was going to take her life. Although she recovered from the most deadly aspects, she is still dealing with some side effects.

2. She Is A Very Shy Person

Shyness isn’t a trait that is usually associated with people who work in the entertainment industry. It’s often assumed that in order to work in the business, you have to be the outgoing type. Shobna, however, is proof that that’s not the case. In an interview with The Guardian, Shobna admitted that she is a very shy person although she noted that many people don’t believe it.

3. She Is A Talented Dancer

Even before Shobna started getting attention as an actress, she was already performing. She started her career as a dancer, and in the early 1990s she appeared in the music video for Boy George’s song “Bow Down Mister“. The video has since been uploaded on YouTube and now has more than 1 million views.

4. She Studied At The University Of Manchester

Some people may be surprised to know that drama wasn’t the focus of Shobna’s studies when she was in college. While at the University of Manchester, Shobna majored in Arabic and Middle Eastern politics. She graduated in 1988. She also has an honorary degree from the University of Huddersfield.

In September of 2020, Shobna officially became a published actor with the release of her book, Remember Me? Discovering My Mother as She Lost Her Memory, which highlighted the story of coping with her mom’s battle with dementia. Shoba was prompted to write the book after her battle with COVID-19 forced her to deal with her mortality. It’s unclear if she plans to write more books in the future.

Getting outside and breathing fresh air might just be one of the best feelings on earth. When Shobna isn’t busy with work, you can usually catch her outdoors enjoying the beauty of  nature. She likes to do to things such as hiking and hanging out at the beach.

Shobna’s professional accomplishments are great and everything, but they don’t compare to the pride she feels from being a mother. Shobna was married to Anshu Srivastava from 1990 to 1994. They had one son together, Akshay Gulati. Akshay is also an actor although he’s yet to have his big break.

8. She Isn’t Afraid Of Speaking Her Mind

Being a celebrity means that everything you say will be met with more scrutiny than comments from an ‘average’ person. However, Shobna has never let that stop her from speaking her mind. She has used her platform to raise awareness for the fight to end racism and antisemitism.

9. She Is Embracing The Aging Process

Getting older is hard for a lot of people, but aging in the entertainment industry can be even more challenging. After all, it’s no secret that the industry is always looking for youthful stars. In fact, many actors often find it difficult to find roles as they age. However, Shobna has started to embrace the fact that she’s getting older and she’s become empowered by her gray hair.

10. She Likes To Help Others

Compassion is one thing the world could definitely use a lot more of, and Shobna is all about doing her part to spread compassion to others. She loves giving back to those in need and has done volunteer work with the National Citizens Service where she helped to prepare meals for others.