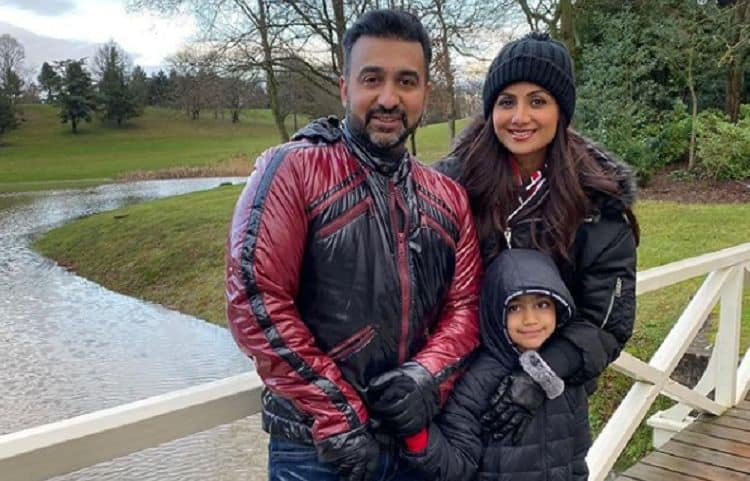 Shilpa Shetty is best known for her work as an actress in Hindi films. However, she is also a television personality, businesswoman, philanthropist, and former model. She was born in Karnataka, India, on June 8, 1975, and she began her career in the entertainment industry in 1991. She is famous for roles in films including ‘Dhadkan’, ‘Rishtey’, ‘Garv’, ‘Phir Milenge’, ‘Auto Shankar’, ‘Life in a Metro’, ‘Aprie’, and ‘The Desire’. Although she is relatively well-known due to the diversity of her work, there are still plenty of facts that people do not know about this talented woman. Here are 10 things you probably didn’t know about Shilpa Shetty.

1. She Has a Famous Sister

Shilpa Shetty is not the only famous person in her family. She also has a famous sister called Shamita Shetty who has followed her older sister into the entertainment industry. Shamita made her acting debut in the 200 blockbuster ‘Mohabbatein’. In 2005, the sisters both starred in the film ‘Fareb’, although this is the only time they have appeared on-screen together. In addition to her acting career, Shamita is also an interior designer. Despite both women working in the entertainment industry, they are not from an acting family. Their parents are manufacturers of tamper-proof water caps for the pharmaceutical industry.

2. Shetty Is Married with Two Children

Shilpa Shetty has been married to British businessman Raj Kundra since November 2009. The couple had become engaged earlier in the same year after meeting when they became co-owners of Rajasthan Royals, an Indian Premier League cricket team. Between them, they had paid $15.4 million for an 11.7 percent stake in the team. Their son, Viaan Raj, was born in 2012. They then welcomed their daughter, Samisha, into the world in 2020. Their daughter was born via surrogacy. Shetty and Kindra announced their delight at the birth of their daughter on social media.

3. She Was the Winner of Celebrity Big Brother 5

Shetty became famous in the UK after she took part in the fifth season of the reality series Celebrity Big Brother in 2008. She made the headlines while living in the Big Brother house when she became involved in a controversial row with the late Jade Goody and former model Danielle Lloyd that led to people accusing Goody and Lloyd of racism towards Shetty. The ongoing argument led to calls from the Indian government for the show to be taken off the air. Despite the argument, Shetty went on to win Celebrity Big Brother 5. This was not Shetty’s only foray into reality television as she was also a judge on the dance reality show ‘Nach Baliye’ from 2012 to 2014, and she has since been a judge on the dance reality show ‘Super Dancer’ since 2016.

4. She Rose to Fame Following a Commercial

Shetty had begun her career as a model, but that all changed after she appeared in a commercial. Her first screen role was in a commercial for Lima in 1991. Over the following two years, she landed work appearing in several more commercials before making her film debut in the 1993 thriller ‘Baazigar’.

Although she is best known for her acting skills, this is far from Shilpa Shetty’s only talent. Many people are surprised to learn that she is multilingual. According to Ask Opinion, some of the languages in which she is fluent are Hindi, Marathi, English, Tamil, and Telugu. She has had acting roles in which she has spoken all of these languages.

6. She Has Written a Book

Another string to her bow is that Shilpa Shetty has co-authored a book. Along with Luke Coutinho, she wrote the book ‘The Great Indian Diet’. This book is all about busting the myth that Indian food is fattening, and about the nutrition that you can get from fruit and vegetables that are locally grown.

Since becoming a wealthy celebrity, Shilpa Shetty has been more than happy to share her wealth and to raise funds for some very deserving charities. When she appeared in the movie ‘Phir Milenge’, Shetty donated all her earnings from the film to an AIDs charity. Another good cause that she supports is People for the Ethical Treatment of Animals (PETA). She even appeared in one of their advertisements that aimed to raise awareness of the use of animals in circus performances and to ban the mistreatment of these animals.

One of Shilpa Shetty’s many talents is that she is very good at several sports. According to News Nation, she was the captain of the volleyball team at school. She is also a trained Bharatnatyam dancer and she has a black belt in karate. Now, she remains a fitness freak, and one of her favorite activities is yoga. She has even released a yoga DVD in 2015.

9. She Is Scared of Driving

Although Shilpa Shetty has a driving license and plenty of money to buy the car of her dreams, the actress never drives. This is because she is scared of driving. Instead, she has hired drivers who can transport her to wherever she needs to go for work or in her personal life.

10. She Has a Massive International Following on Social Media