Home
Television
Shades of Blue
Shades Of Blue Review: “What Devil Do” 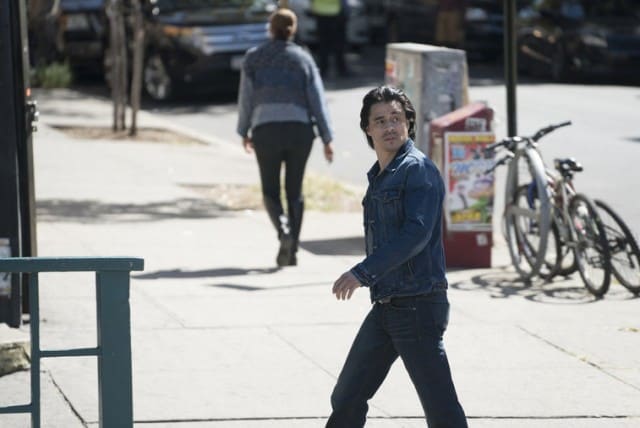 Alright. Shades of Blue might be pushing me a little too far. For awhile, I suspended my disbelief in favor the interesting characters and the constantly thickening plot. But shows reach a point where they have to thin out some of their thickened plot, or it won’t really work. The plot will thicken until it clots and then the flow will stop. Alright, I went too far with the blood analogy, but I still think it’s pretty accurate in this case. There’s a lot of build-up, but nothing has resolved.

This week on Shades of Blue: Wozniak takes Harlee along when deciding whether or not to take the job laid out for him and the crew. Harlee demands immunity for the rest of her crew if they go through with the bust. The crew chases down a murder suspect, in which their jurisdiction is murky. Miguel is released from prison, and drops a bombshell on Cristina.

There is a lot of good stuff in this show, but this episode was convoluted at best. There was way too much happening. The showrunners seem to have a pretty good idea that Jennifer Lopez and Ray Liotta are their biggest assets, and they’re flaunting them, but it’s putting too much around their characters and not relying on their others enough. Exhibit A: Drea De Matteo. De Matteo is an extremely talented actress, and I forgot she was in the show until she appeared about halfway through this episode. They really need to be dividing up the story better.

One of my least favorite things about any drama series is all of the lying. It’s a poor substitute for real drama and genuine character interactions. Almost the entirety of this show’s drama is based around lying. Some of it has been pretty intriguing, when Harlee has tip-toed around Wozniak in her dealings with the FBI, but some of it just getting ridiculous. Why do the FBI agents turn on each other in regards to Miguel? Why does Harlee lie to Cristina about Miguel, but doesn’t tell her that he abused her. The lies about Miguel culminated in the one moment he had with Cristina, and it just didn’t pay off well. It’s hard to describe a show to someone and keep straight who is lying to who, because they’re all lying instead of doing things.

This show has a problem with not knowing how to use its assets well. Lopez and Liotta feel pretty over-used, and other, underrated players like Drea De Matteo and Warren Kole serve little but the plot developments, and they aren’t really even good ones. I would really like to see them stop lying to each other and start taking action. When action occurs, this show is quite compelling.

Shades of Blue airs Thursdays at 10/9c on NBC

Shades of Blue Season 1 Episode 10 Review: "What Devil Do"

Miguel is released from prison in this week’s convoluted episode of Shades of Blue.