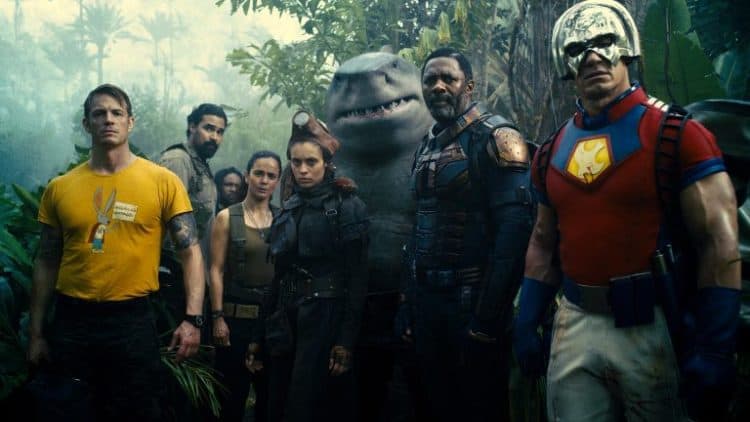 After much anticipation, The Suicide Squad was finally released in theaters and HBO Max with critical acclaim, and the James Gunn vehicle was riding a 90 plus rotten tomatoes score and box office projections placed the superhero flick in the 30s to 40s million range. Hell, there were people who actually thought the film could end its opening weekend in the 50s. For the Thursday night preview, The Suicide Squad opened with $4 million, which is a tad disappointing for a picture that has a reported $180 million production price tag. Still, that number wasn’t something to panic about considering the current state of the movie-going experience.

But then the opening weekend numbers arrived, $26.5 million. Compared that to the critically panned 2016 David Ayer feature starring Will Smith, Jared Leto, and Margot Robbie, which opened to a record-breaking $133.6 million. Now, of course, the latest incarnation wasn’t expected to do such high numbers due to the Delta Variant going around, thus the opening numbers were indeed affected by the ongoing virus but $26.5 million? That’s a low number for a James Gunn superhero vehicle and it’s time to examine why The Suicide Squad failed to do big business during the opening weekend of the box office.

The Lack of Joker And Deadshot Was A Turn-off

In David Ayer’s Suicide Squad, Jared Leto’s Joker was a huge selling point for the film. Despite the fact that the popular Batman villain was barely in the movie, the marketing led you to believe that he would play a significant role in Suicide Squad. As proven by Todd Philips’ Joker, the Batman villain is a huge draw thanks to passing the $1 billion mark worldwide by the end of its theatrical run. Another key factor was Deadshot, played by Will Smith. While the role isn’t as familiar to mainstream audiences like Joker, The Fresh Prince of Bel-Air is, with a bonafide star, with 15 films making over $100 million under his belt. According to cinemablend, producer Peter Safran stated that the veteran actor didn’t return to the latest film due to scheduling conflicts, though Will Smith himself has yet to confirm or deny the news.

Now, A big-name celebrity doesn’t always guarantee huge numbers at the box office; however, in most cases, it certainly does. Will Smith’s superhero vehicle, Hancock, made $227 million worldwide. There’s no doubt that the veteran can draw in blockbuster films, thus fans of Smith were more than likely on board with Suicide Squad. The issue? Will Smith’s brand isn’t a superhero niche. Likely, Will Smith’s fan base wasn’t that big into comic book movies in the first place, and with the actor sitting out of the reboot then those fans probably couldn’t care less about the latest film. In terms of The Joker, The Suicide Squad mainly had unknowns as the cast, with Harley Quinn being the main selling point. Without a big name anchoring the DC film, the overall movie suffered because of it, as most fans had no idea who Polka-Dot man or Ratcatcher 2 is, thus not feeling the need to see the latest offering.

Margot Robbie’s Harley Quinn was originally praised by fans in the first Suicide Squad; however, the character hasn’t proved to be a box office draw like her on-again/off-again boyfriend Misah J. In the 2020 Birds of Prey and the Fantabulous Emancipation of One Harley Quinn movie, despite boasting a 79% rotten tomatoes score, which is better than Todd Philips’ Joker (currently at 68%), the movie failed to make the expected bank, only raking up $201.9 million worldwide. Harley Quinn wasn’t a hot commodity like Joker, disappearing from the culture in a few weeks whereas Joker remained a huge pop culture phenomenon for months.

The R-rated flick earning several Academy Awards nominations helped sparked up more debate. So, why is Margot Robbie’s Harley Quinn not a draw? Most fans agree that the talented actress does an excellent job in the role, though many comic book fans don’t feel that she matches the original carnation of the popular character. There’s not an exact reason why Quinn isn’t drawing with mainstream audiences. Could it be that she’s a psychopath and not a traditional female hero like Wonder Woman? Or is it the fact that Harley Quinn is a niche character that only comic book fans can identify with? Could Margot Robbie be the one holding the appeal of the character back? The question isn’t quite clear but it’s obvious at this point that Quinn is not the draw that DC hoped she would be.

This theory is reaching a bit as there hasn’t been any active protest against the James Gunn offering, but the possibility could always be there. It’s well known by now how much WB tampered with Ayer’s version of Suicide Squad following the failure of Batman vs. Superman. Since Zack Snyder got a chance to provide his true vision of The Justice League earlier this year, there was some demand for an Ayer cut of Suicide Squad. In retrospect, Ayer is a talented filmmaker and is a good fit for Suicide Squad. The veteran has had some stinkers in his career, but movies like Training Day, End of Watch, and Fury have highlighted just how good of a filmmaker Ayer can be. Reportedly, Zack Synder’s Justice League didn’t do too hot on HBO Max, which is likely the reason the network has no interest in an Ayer cut version of Suicide Squad.

With the box office numbers coming in way below expectations for the reboot, there’s a possibility that a number of fans simply sat out in support of David Ayer. Granted, the filmmaker has supported James Gunn’s film every step of the way, but that doesn’t mean detractors weren’t present. It’s likely a combination of reasons why The Suicide Squad failed to have a hot opening weekend, and boycotting of the recent film isn’t the craziest idea in the world.