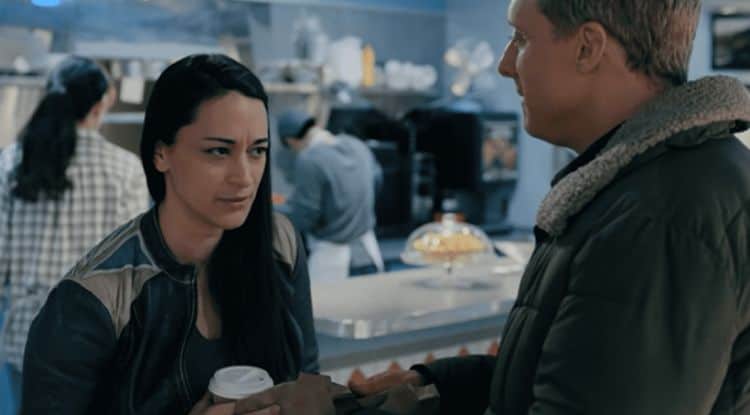 Sara Tomko has been hard at work for well over a decade. The multi-talented star has shown time and time again why she deserves her flowers. Since her debut TV performance in 2009, Sara has worked her way towards bigger opportunities. While she’s gotten a few decent breaks here and there, 2021 is shaping up to be her biggest year yet. She is one of the stars of the new series SyFy series, Resident Alien, and the opportunity has given her an amazing way to share her talent with a wide audience. Those who aren’t familiar with Sara’s work yet are going to wish they were. Keep reading for 10 things you didn’t know about Sara Tomko.

There isn’t much information on Sara’s upbringing, but what we do know is that she comes from a pretty diverse background. She has Polish, Slavic, and Native American ancestry and she feels a close connection to each of the cultures that make up the person she is.

Not only does Sara have lots of natural talent, but she has the training to back it up. Sara attended The James Madison University where she graduated with a bachelor’s degree in theater. While there has always been some debate over whether formal training is necessary, it looks like Sara’s education has really paid off.

Even though she has spent the majority of her career in front of the camera, Sara has also taken her talents behind the scenes. She made her debut as a producer in 2011 with the short film Running on Empty. More recently, she produced a short film called Girls! Girls! Girls! Or: As Tammy Withers Away in 2018. There’s no information on whether or not she plans to do more producing in the future.

Acting has become what Sara is more famous for, but she is also a talented musician. She loves to sing and was cast in several musicals at the beginning of her career. At the moment, acting appears to be her main focus and it doesn’t look like Sara has released any music.

5. She Wanted To Be A Writer

Performing may be Sara’s calling, but writing was actually her first love and it’s still something she enjoys doing. According to Fandom Sara said, “My first love was to be a writer. I still long to publish a book of poetry one day. I also am interested in writing a youth novel at some point.”

6. She Is A Firm Believer In The Importance Of Mental Health

Mental health is just as important as physical health, but unfortunately society doesn’t always make it easy for people to prioritize their mental well-being. Sara is an advocate for mental health and understands the importance of people taking care of themselves. She hopes to be able to help other people discover the tools they need to help maintain mental health.

7. She Enjoys Spending Time In Nature

The entertainment industry can be fast paced and hectic, and no matter how much a person loves it, they can still find themselves feeling exhausted. Sara does her best to stay grounded and one of her favorite ways to do that is by spending time out in nature. She enjoys things like hiking and spending time near the water.

8. She Is Passionate About Social Justice

There are plenty of celebrities who feel like their only responsibility to the world is to keep people entertained, but Sara isn’t one of those people. She isn’t afraid to speak her mind and is a proud ally in the fight for social justice. She has used her platform to spread information on various topics such as equality, human rights, and racism. Sara has even taken the time to create her own video series called Miseducation Monday to educate her followers on various topics and historical events.

9. She Is A Voice Actress

Sara is truly a multi-talented individual who has a lot to offer the industry and the world as a whole. In addition to her on screen roles, Sara has done a good amount of voice work over the years. She even voiced a character in the 2016 video game, Call of Duty: Infinite Warfare.

Throughout her career, Sara has remained fairly private about her personal life. One thing she has shared, however, is that she has a boyfriend. In an interview with CBR.com, she shared that her boyfriend, TJ Pederson, helped her prepare for her role in Resident Alien.