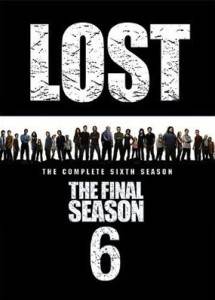 When my friend Tamara and I discussed the Lost series finale back in the spring, I told her that I felt emotionally satisfied, but not intellectually. In the end, I think that my declaration applies to my feelings for the entire final season of Lost. A lot of people have already discussed, analyzed, tore apart, praised and raged on Lost’s final season, and the series finale in particular. There were, ultimately things I liked about it, which was the emotional aspect. I liked seeing the old characters again, seeing the group come together. I like seeing how the relationships between the characters turned out on the island, back in the real world and in the afterlife. I can even admit that I cried when the group was all in the church together and Jack died out in the jungle.

But on an intellectual level – the part of me that obsessed and theorized about the mythology of Lost for six years – I found the final season lacking. In a way, I felt cheated. Yes, I understood that the story of Lost really was about a group of people and that a lot of mythology was designed in order to get the characters to experience emotions or situations. But the writers – and subsequently the audience – had spent so much time wrapped in increasingly complex mysteries (the statute, the hatch, the Dharma initiative, the time travel, those freaking numbers!) that the answers that we got (or, more tellingly, that we didn’t get) failed to satisfy my curiosity. A magical glowing cave? Seriously? SERIOUSLY?

So I am of two minds at the end of this epic journey. I can smile at the group in the church, but I’m frustrated by the lack of answers. Of course, perhaps the show could never please everyone. Maybe the mythology got too big – the mysteries so deep – that it would be impossible to provide enough answers. I just kind of wished that they had tried a little harder to provide more, especially in the series finale.

That being said, if you took this Lost journey over the past six years, then you’ll probably need to buy the DVD or Blu-ray of the final season. In the end, no matter how you felt about the final season or the final hours, you have to admit that there will probably never again be another show like Lost – a show that prompted so much discussion, so much fervor and so many theories.