Home
Television
Remember When Jeffrey Dean Morgan Was on Shameless? 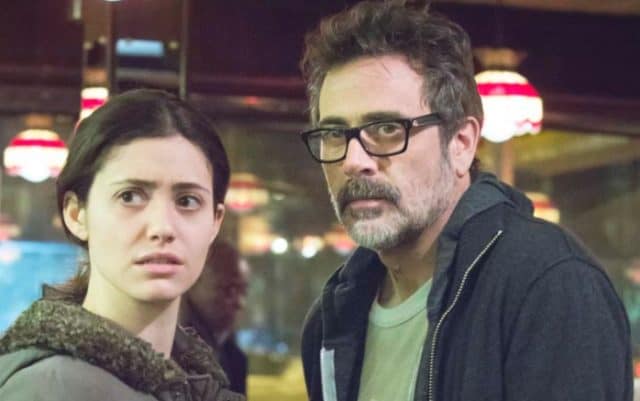 So to be honest, no, you weren’t imagining things. Jeffrey Dean Morgan WAS on the season four finale of Shameless. But his character was replaced by Dermot Mulroney when season five kicked off. There are some theories that JDM wasn’t supposed to be anything but a placeholder until Mulroney came in but the word is that JDM was supposed to be seen in that capacity but had scheduling conflicts that arose with other shows and had to be replaced. So it was that he became a guest star and was gone by the next season. Any fan of JDM will tell you that he was probably already firmly embroiled in the act of becoming the notorious bad guy in The Walking Dead, Negan, but there’s still talk about this role as to whether JDM could ever guest star again since Mulroney’s character took over, they didn’t play the same person.

The manner in which JDM got the part is pretty standard it seems but the fact that he was replaced after one guest appearance isn’t too hard to figure out. He was the hardcase boss of a diner that primarily hired those who were directed to him through parole officers. In other words he managed former addicts and junkies that were trying stay straight, and was a recovering addict himself. His demeanor was perfect for the role he was put into, as he can play strung out and hardcore pretty easily. In fact it might have been preferable to see him reprise the role if not for the fact that he was moving on to other projects and couldn’t fulfill this obligation anyway. It’s also been seen that a lot of people enjoy seeing him in roles that allow his character to retain a certain type of control that this role in Shameless did not. In many ways as Negan and other characters he’s been the guy that everyone looks to and not an intermediary, at least not as much, as he is here.

For some folks it was kind of a surprise to see JDM on Shameless since quite honestly it doesn’t seem like his type of show. He’s been in a lot of different productions but the ones that he seems to get a lot more attention for are those that are action-packed and portray him as a guy that can get down and dirty when he needs to. This role was more along the lines of being someone that might be filled with regrets about his life but has little if any real skills that he can bring to any particular table. But then again we didn’t learn a whole lot about him so it’s fair to say that he could have been a lot more intriguing than we were led to believe. There’s something about JDM that’s just captivating whenever you see him onscreen since he’s the kind of guy that tends to take up a lot of space in a room without trying.

It’s been thought that Shameless would make use of him again, but as it was stated by a few people it wasn’t likely to happen.