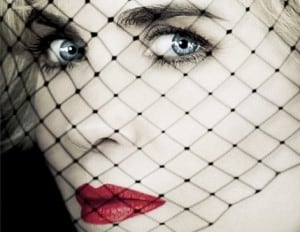 Marta Walraven thought her life was going to be different from how she grew up. The daughter of infamous Russian mobster Andrei Petrov, Marta was raised in an environment of hushed voices, constant danger, and normalized violence. Once she got old enough to leave the house, she had a chance to make things right, to veer away from the ever-present fear and paranoia that her mother lived under thanks to the position her father had in the Bratva. However, Marta ended up with small-time marijuana importer Evan, who only got into the life due to who his extended family were and the lifestyle he was expected to provide for his wife. And then it all came crashing down.

Evan gets blamed for a theft against international crime boss Nicholae Schiller and is gunned down in the middle of the Walraven driveway, in front of the couple’s young son Boris. Once content with their normal-ish life in the California suburbs, Marta is now faced with the prospect of having to repay her husband’s perceived debts, provide for her children, and navigate the seedy world of organized crime, all the while working through her grief over Evan. The deeper Marta gets into the world she was only shallowly exposed to as a young girl, the tougher the decisions she’ll have to make – exactly how far is she willing to go to protect her children? Can she stay true to herself while doing what she has to in order to survive?

Red Widow, based on Dutch series Penoza, is an interesting case, in that it was a precursor to the 2013-2014 television trend of limited series. At only eight episodes, the show tells a complete story and manages to answer a majority of the lingering questions that pop up (Who killed Evan? Why did they do it?) while teasing out others that could have been the basis for a second season (Is Schiller good or bad? Would Marta leave California with her children?). This isn’t a canceled series that you feel cheated by after watching its entire run, despite the finale cliffhanger; you feel as if you watched a complete story unfold and while there were other avenues it could have explored, its pacing was such that it told the story it set out to tell. Although, the world of Red Widow, a very slick-looking encapsulation of California that flips between the openness of a marina and the claustrophobia of Schiller’s penthouse office, was one that could have evolved along with Marta’s mutating family and professional relationships, both of which were markedly different from the pilot to the finale.

The most fun of the grief-soaked series, whose highlights are the pilot and the final two episodes, lies in Marta’s interactions with Schiller, thanks to Radha Mitchell’s chemistry with Goran Visjnic. The power struggle between the two at the beginning, fueled by Marta’s rebellion against Schiller’s authority and torment at not having the freedom she once did, becomes much more layered throughout the series. There’s unspoken romantic/sexual tension that gets exacerbated by other figures in Schiller’s life, while Marta comes to realize that he’s not the big bad that she thought he was, particularly once he comes to her aid and exposes other sides to himself that prove to be more appealing. The constant push-pull between the two is similar to how Marta feels about her current situation; when things are okay with Schiller, the urgency she had to settle the debt and flee subsides a bit. However, once she has to deal with the rougher side of who Schiller is, and what he’s capable of doing, the tension builds and you’re left wondering just how close she is to making a move and taking control of her freedom.

While Red Widow can’t decide if it wants to be a psychological profile of a woman immersed in a male-dominated world and possessing the power to determine the course of her life for the first time or an plot-chewing action drama that highlights the dangers of becoming too involved in the land of gangsters of guns, it’s a solid show that plays well on DVD and spotlights a subculture that’s intriguing, custom-oriented, and bursting with tension.

Red Widow: The Complete First Season features all eight episodes of the recently canceled ABC family-crime drama spread over two discs. The series finale of the show aired May 5th.

Special Features
Red Widow: The Complete First Season comes with several special features, beginning with Red Widow: The Journey, a behind the scenes featurette from the perspective of creator Melissa Rosenberg. We follow her from the show’s Los Angeles-based writer’s room to Skype-fueled table reads to the Vancouver set for the taping of the season finale. In addition, there are brief interviews with select actors about their characters and how they prepared for the show.

The DVD set also includes eight deleted scenes (mostly culled from the pilot and season finale), which are mostly transitional in nature; a blooper reel, featuring some unintentional laughing, flubbed lines, and multiple takes being forced; and a sneak peek at the Once Upon a Time Season 2 DVD.