Home
Television
The Office
Recap — The Office 6.03 “The Promotion”

Remember last week when I said that I couldn’t wait to see how Jim and Michael work together as Co-Managers? Well, it looks like this week I’ll get my wish! Here is your recap of the third episode of season six of The Office!

The opening of the show starts off with Dwight looking to get his expense report signed. First he goes to Michael who refuses to do it, because he’s only in charge of big picture, epic kind of stuff. Next he goes to Jim, who refuses to do it unless Dwight says please. Knowing Dwight, he’s never going to say please. After Jim refuses to sign the expense report, Dwight goes back to Michael to file a complaint against Jim. A huge, massive, big picture kind of complaint about the tallest guy in the office. Michael still refuses to sign the expense report. Dwight wants to file a complaint to Jim about…Jim. Dwight feels like he deserved the promotion over Jim. Boo hoo.

Jim and Michael are butting heads over the number of meetings Michael has each week. Jim feels that they’re very unnecessary, as their last meeting they ended up talking about planets. Apparently, planets ended up being part of the flow of conversation that started with making toilet paper, and talking about Uranus. Michael agrees to cut down on the number of conference room meetings he’s having. Later Jim notices there are a few people missing from the office, and learns that Michael’s holding a mini-meeting in his office. Michael does not appreciate Jim bossing him around, but Jim’s just trying to do his job.

David Wallace calls Michael and Jim to give some bad news. There isn’t enough money in the budget to give every staff member a raise this year. Michael and Jim need to determine which employees are going to get a raise, and it’s completely up to them. The Co-Managers meet in the conference room to start figuring out how to handle the situation. Much to Michael’s annoyance, Jim starts making a pros and cons list with each topic they bring up. Jim just decides that they’re not going to bother with this, and they’ll just give the raises to the sales staff. Michael and Jim get into a big argument here, and Michael suggests that Jim just tell the employees that only the sales staff is getting raises.

The non-sales staff isn’t very happy with this idea, understandably so. And since Dwight has it out for Jim, he takes the position of the non-sales department, stating that he believes it’s unfair to them that only some people are getting raises. The people want to hear Michael’s idea, but he’s unable to put together a coherent sentence. Meredith remarks that they may have hated Jim’s idea, but at least he had one and was direct about it.

The Co-Managers go back to the conference room. Michael has the idea to do merit-based raises, and they finally have something to agree on. They set up pictures of everyone on the conference room table and decide that they’ll place beans on each person’s picture. Each been will present a half-percent raise for that person. Michael managed to draw a hilarious, yet spot-on picture of Toby, despite the fact that he’s not included in this process.

Erin comes to the door of the conference room and tells J&M that David Wallace sent out an email that they both need to respond to right away. As they leave the conference room, Dwight takes the opportunity to sneak in and find out what they were up to. He brings the entire office in, and shows them the bean system their managers have set up. No one is particularly happy about this, especially Pam, who notices she has no beans on her picture. Jim was just trying to stay unbiased. Dwight uses this anger in the office to start a campaign against Jim. He makes mention that things were much better when it was just Michael in charge. No one else is really going along with Dwight’s complaints.

Michael and Jim retreat to Jim’s office. By the way, I just want to mention that the first thing I thought when Jim was promoted last week was ‘Is he going to have his own office? Where will it be?’Turns out they were able to solve this problem by just building a nice little office for him. Anyways…Michael mentions to Jim that when he was the only manager, he used to have to do the raises by himself, and he hated it. He’s glad to have some one to help him with it. Michael steps out and says he has something for Jim. Jim mentions that as it stands, Michael is his only friend in the office. And maybe Pam. Michael comes back with two ‘World’s Greatest Boss’mugs. Both are filled with gin, and the two share a drink together.

The raise situation took up the majority of our show time this week, but we did have a small side-story that involved Pam trying to drop hints that she and Jim want cash instead of wedding gifts. She mentions to Phyllis that they’re not really registered, and are looking for things you can’t register for. Phyllis remarks that she has a friend who makes adorable romantic birdhouses. Luckily the happy couple isn’t registered for a birdhouse. Pam doesn’t understand why Crate and Barrel doesn’t let you register for a toaster filled with money. I wondered the same thing when I did my registry…

Pam does manage to convince Kevin to give her a check. He writes her name as ‘Mrs. Pam Halpert.’This is the first time she’s seen it written out, so that makes her pretty happy. It’s always good to see Pam happy.

Our closing segment this week featured Pam and Ryan. Ryan gives her the choice of a $100 wedding gift now, or $5000 a year from now. All it requires is a $50 investment from her, and he’ll take that money, plus $100 and turn it into $5000 in a year. Apparently he knows a guy who has an algorithm that can determine the winner of any college basketball game. Once she hears this, she gives in to the investment. Don’t tell Jim.

Next week: Jim and Pam are finally married! The promo for next week that aired after the end of the episode almost made me tear up a little bit. While I’m hoping for an entirely new episode, I kind of would like to see a clip show with some of PB&J’s best moments. See you next week! 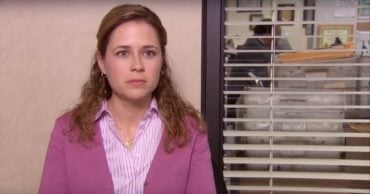 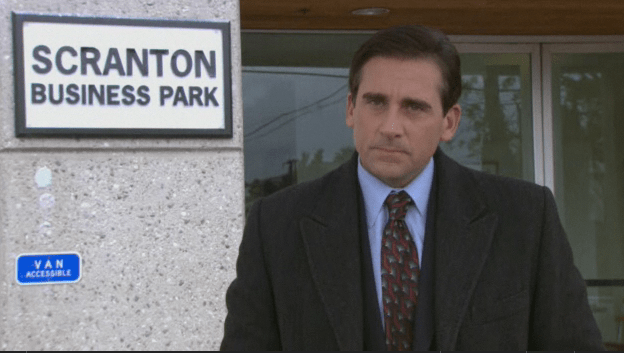 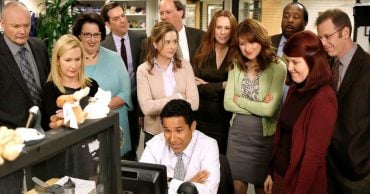 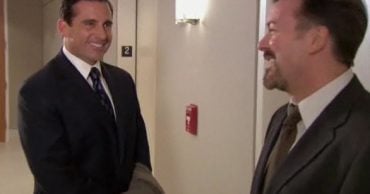 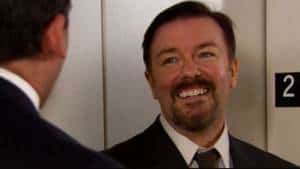 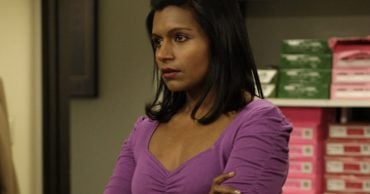