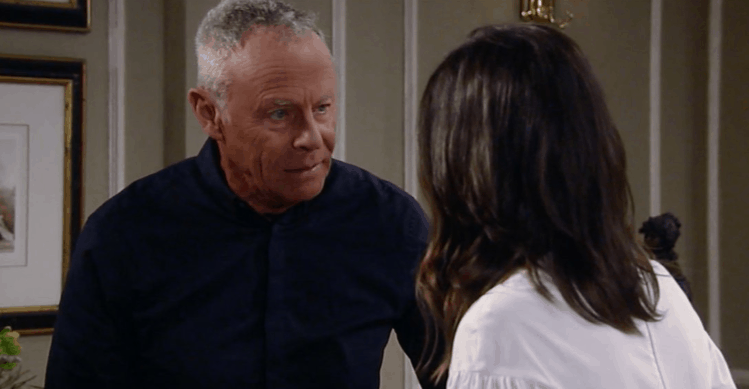 General Hospital fans have been watching the people of Port Charles fight bad guys for many, many years. Decades upon decades, to be precise. And that leaves us to wonder what might happen in the future. However, we aren’t there yet, so we will not worry about that yet. What we will worry about, though, is how things will go down in the meantime. There are plenty of bad guys out there right now trying to get their way with people who are not making them very happy, but they might not be the worst of the worst. In fact, they might not even be very high on the list of worst people ever. We are ranking the worst villains on the show from bad to worse, and we want to know if you agree.

Ava, oh Ava. She is a mess from start to finish, and it’s hard not to love her bad ways. She is not afraid to do what she needs to do to get her way, and she’s not afraid of hurting people’s feelings and making them feel she’s not a friend. But, she sometimes falls victim to a feeling or two, and that makes her a little nicer than we care to see our villains. We like to see them feel a little bit more like they are going to do something awful, mean, horrible, and just plain destructive, and she’s one of our favorites since she never really falls into a line of goodness for too long.

She has her moments, and most of them are ugly. She is always going behind the backs of everyone she knows, loves, feels for, works with, associates with, breathes in the same room as, well, you get the point. She’s not a nice girl, and she has more secrets than most. She goes out of her way to do bad work for bad people, and she’s not a fan of doing things for any gain other than her own. She will work with the bad guys to her own advantage, and then she will turn around and also stab them in the back. She’s just that kind of girl.

He might not be a villain in the eyes of the people who love him, but we all know better. He is everything but a nice guy, but he does love his friends and family. And that is what makes him a mess. He is someone you don’t want to mess with, but you really don’t want to mess with his friends or family. He will take you down, kill you, and do what needs to be done. He will even give you a second chance to redeem yourself by allowing you to work for him and do his bidding, but he will not hesitate to take care of you if you get in his way, the way of his family, or you bother him in any capacity. He’s ruthless.

Cesar is one of those men who works for other people, but he also does his own work when he thinks he has the power. The problem with him is that he doesn’t really have any power of his own, but he spent years thinking he did. And that’s what ultimately led to his downfall. He worked for Helena, and he was wrong to assume he was stronger than he was. He was only as strong as her resources, and losing out on those was a problem for him. But, he is still someone who goes down as the worst of the worst — almost.

The meanest of the mean. She’s a snake, and she’s always going to make an appearance on this show and take people down in her own time. What makes her the worst is that she will go against her own family, children, women, babies, and anyone else she feels is in her way. She has no heart, no guilt, no feelings, and no love for anyone other than herself. This makes her particularly dangerous in a way that no one else can be considered dangerous, and we love that about her — and want to see her back.