Home
Television
What is the Possible Secret Origin of Agent Phil Coulson? 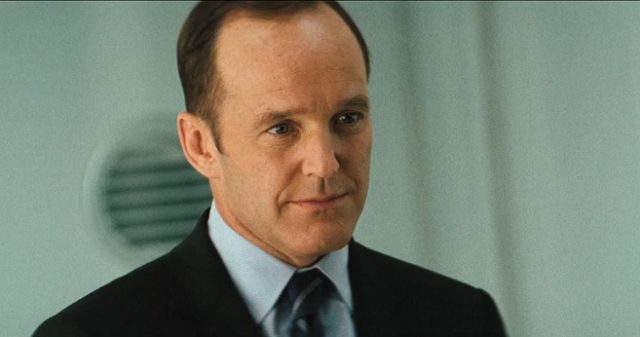 There’s one character on Agents of SHIELD whose origin we’re still not 100% sure of and that’s none other than Agent Phil Coulson.   On the next episode of the show we may just find that out.  Does Coulson regret his initial invitation?  And who invited him?  Was it Nick Fury? In the Framework he turned it down because he was scared. The scene below from the next episode lays that out as well as shows us the reason Grant Ward is different is because it was Victoria Hand that found him, not John Garrett.

While we look forward to this next episode one of the main topics of the week surrounding the show is whether or not there’s going to be a season 5. Moving to a later timeslot and taking on a far darker tone, Agents of S.H.I.E.L.D. Season 4 has been a tremendous success for Marvel and ABC. Little wonder that the show’s future looks increasingly secure. Back In January, ABC President Channing Dungey gave us every reason to be confident about Season 5, explaining:

“I’m very bullish on S.H.I.E.L.D. and we’re also really excited about our production with Marvel, ABC Studios, and IMAX, which we are working on for next fall as well.”

Agents of SHIELD airs Tuesdays at 10 PM on ABC.