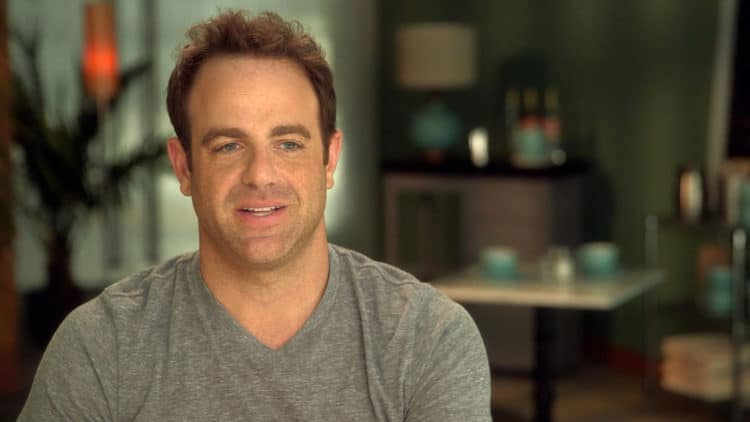 Paul Adelstein is an American actor who is best known for his role in the television series “Prison Break” as agent Paul Kellerman. He’s a well-known actor who has appeared in a variety of supporting as well as lead roles. Adelstein has a lot of fans who are following his career, but not everyone is familiar with how he broke into the acting business, or what his life story is. We looked into his history to gain a sense of his background and what might have prompted him to choose a career in acting and we made some interesting discoveries. Here are 10 things that you might not have known about Paul Adelstein.

1. He is a native of Chicago

Paul was born in Chicago, Illinois on April 29, 1969. He just turned 50 years old in the Spring of 2019. His mother and father raised him in a Reform Jewish family.

2. He did well in school

3. He moved to Los Angeles, California

When Paul Adelson decided to pursue a career in acting he had to relocate to be closer to job opportunities. In 2003, he moved to L.A. and at the time he was 34 years old. There was a period of adjustment but after he had been there for a while, he learned to love the city. He had previously come to LA when he had to and then returned back home, so he had gradually become accustomed to it before making his big move.

4. He was married and has a daughter

Adelstein met and fell in love with a fellow actress named Liza Weil. They had worked together on a few acting projects and this is how they met. The couple was married in November of 2006. They had a Reform Jewish Ceremony. They learned that they were expecting their first child in 2009, and they welcomed their daughter into the world on April 20, 2010. Adelstein is the father of a nine-year-old girl. This is the only child that he and Liza had together. She filed for divorce in the early Spring of 2016 and requested joint custody of their child. The divorce was final in 2017.

5. Adelstein is also a singer and musician

Paul joined a band that was established in the late 1990s, called Doris. He ws the lead singer of the band as well as a guitarist. In addition to this, he is also a songwriter and he has composed many of the songs that the group performed. On top of all of this, he plays the piano. He’s a very talented fellow. He recorded several albums while he was with the band. He has quite a background in the music industry as well, making him a well-rounded entertainer.

There are man actors who start out in the theatre as stage actors. His first professional acting job was with New Crime Productions. John Cusack is the founder of the company. After this, he joined the Steppenwolf Theatre Company. We found it intriguing that he was first a stage actor. This is a totally different type of acting because there are no retakes if you don’t get it right the first time. There is something very stimulating about nailing a performance to perfection and getting it right the first time.

The first role that Adelstein landed was a minor role as a sailor -Young Paul in “The Grifters” in 1990. He went on in either uncredited or small roles in “Missing Persons” in 1004, then in “My Best Friend’s Wedding” as a brunch gues in 1997, followed by a part in Peoria Babylon” the same year.

9. He has an impressive acting portfolio

Adelstein has appeared in 51 different roles in television and film so far. He has an impressive acting portfolio. Most recently he appeared in the role of David Sweetzer in “I Feel Bad,” in 2018, and as Jason Crawford in the television series “Chicago PD,” most recently in 2019. Paul Adelstein is a veteran actor as well as being a singer, songwriter, and musician.

10. He waited tables before fame

Prior to gaining meaningful and steady employment as an actor, Paul Adelstein still had to pay the bills. This is something that most aspiring actors face before they get a lucky break and regular work in the business. To put food on the table, he took a job at the Cafe du Midi in Chicago as a server. At the same time, he was working at this job, he was training as an actor at the New Crimes stage ensemble. His plate was full during those years, no pun intended, but he kept pushing forward in pursuit of his passion to become an actor. Through hard work and dedication, he has finally made it to his goal. It hasn’t all been easy and glamorous on his journey but he’s arrived in a good place in his career.