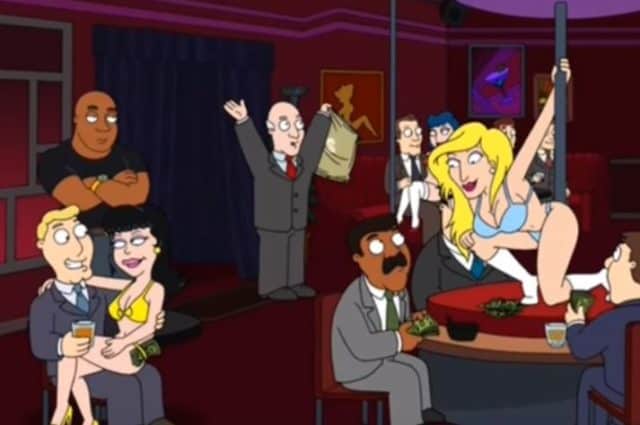 For an actor as accomplished as Patrick Stewart is to speak so fondly about playing Emoji poop says a lot about his personality.   As serious as Stewart is in the X-Men films and even going back to his Star Trek days, he’s easily one of the funniest guys around.  Stewart has a penchant for cracking jokes, potty humor, and using his Shakesperian trained acting voice to provide fodder for nearly any show that will have him.

But perhaps no better a time has there ever been a show that Stewart lent his voice to than the time he appeared on American Dad as….himself.  The episode is called “G-String Circus” and as you can imagine, involves a strip club.  This scene is affectionately called the “Snorlax Scene” simply because of the speech Stewart makes.

It might be the best 25 seconds of dialogue in Stewart’s entire career. Check out the clip below: