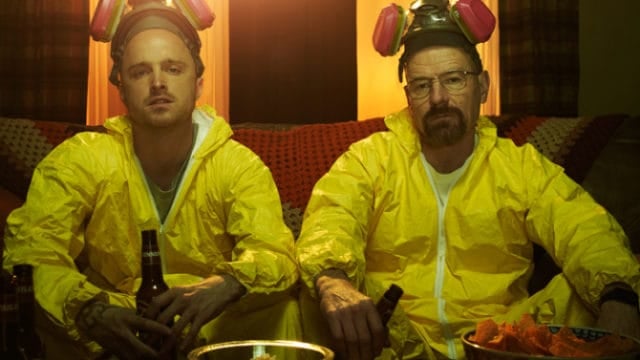 Vince Gilligan has revealed that he and Peter Gould thought that writing for a prequel would have been easier than writing for Breaking Bad. After all, they knew where the series was going to end up, meaning that they thought that it would be a simple and straightforward matter to head towards that direction. Unfortunately, this has turned out to not be the case, not least because Breaking Bad established numerous details that limit what they can write in Better Call Saul. As a result, it is no wonder that Gilligan expressed a wish that he could have changed something that was laid out in Breaking Bad, which has since become rather problematic.

For those who are curious, this is a line in Breaking Bad in which Saul revealed that he had been married more than once, though his second marriage came to a rapid conclusion when he caught his second wife cheating on him with his own stepfather. Perhaps unsurprisingly, Gilligan has stated that this was no more than a throwaway line at the time. Unfortunately, it has now made a comeback to haunt him and Gould because it means that they have to cover Saul’s marriage in some manner in Better Call Saul.

So far, Better Call Saul has covered the subject of Saul’s first marriage. However, his second marriage remains a complete and utter mystery at this point in time because there hasn’t been so much as even a hint of either his second wife or his stepfather. As a result, the fandom has come up with a number of potential explanations for either what happened or what will happen, with some being more interesting than others.

For example, the least interesting option is that Saul’s second marriage happened in the past, meaning that it might come up at some point in time but otherwise will not have much of an impact on the “present” of the series. In contrast, there are a lot of people who think that Kim Wexler will be Saul’s second wife, though it remains to be seen how the stepfather will be introduced to the whole situation when Saul’s mother is supposed to have been dead for some time. Of course, it should be remembered that it is possible that Saul’s statement about his second marriage wasn’t the whole truth, meaning that it is possible that the details that have been revealed so far are not the details that will come up in Better Call Saul.

Whatever the case, the fact that a throwaway line has turned into a serious stumbling block for Gilligan and Gould is an excellent reminder of how limitations can be both help and hindrance. Sometimes, they can help people give structure to what was too nebulous to serve its intended purpose. Other times, they put serious restrictions on what writers can and cannot do by requiring their new output to match what was revealed in their old writings.