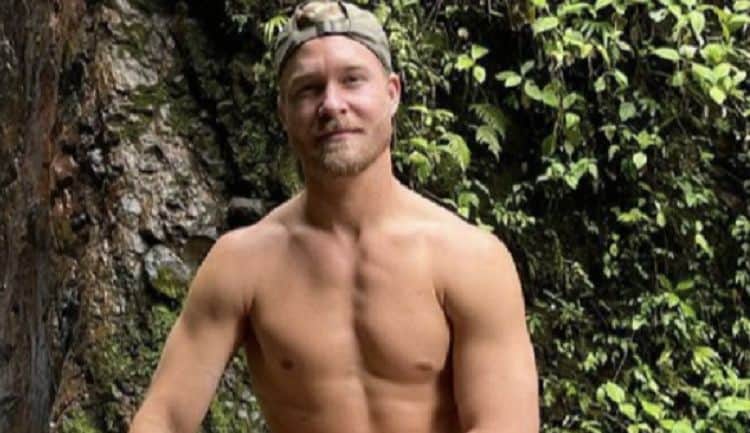 Netflix is a network all about making things happen, and that is good news for those of us who like entertainment. We don’t know what to expect from “The Ultimatum,” but we do know that the concept is interesting. Either you get married, or you don’t, and you move on. The reality show is garnering some serious buzz lately, and we cannot help but wonder if the people from the show are going to make it. Right now, fans want to know a bit more about Nathan Ruggles. He’s a man who wanted to marry the love of his life, but she doesn’t want the same things in life that he wants. Now they’re figuring it out, and here is all we know about him and his lady love.

He is a man of only 30, but he knows what he wants. He wants to spend the rest of his life with his girlfriend. That’s why he went on the show. They were together for more than two years before going onto the show, and he was ready to do the more permanent thing.

When he’s not on reality television doing his thing, he is working on developing real estate. It’s what he does for a living in his hometown. He’s good at what he does, and he makes a good living. He has created a career for himself that he is proud of, and one that will allow him to care for his family.

He’s a man who wants kids. The only problem is that his girlfriend does not. It’s the only thing in their relationship that is not going the way he might want it to go, and it’s been a big point of contention for them. He’s ready to be a family man, and his girlfriend is not.

4. Except Now He Doesn’t

And, we digress. Now he is fine to spend the rest of his life with Lauren provided they can be together – no kids necessary. Once she said no kids and they went on the show, another man showed a bit of interest in her and that was all it took for him to figure out he would rather spend his life with her than without her.

Okay, here we go again. They’ve decided to compromise to stay together. They won’t have a bunch of kids, but they have decided that they will likely have one child at some point in their future life, maybe. It’s a lot to take in, so we’ll see.

Oh, did we mention that he asked his lady friend Lauren to be his wife? They are getting married, and they are getting close to their wedding date. They will get married in a beautiful ceremony in Colorado – Breckenridge, to be precise – in October of 2022. They are both excited.

When he is not busy with all the things that take time in his life, like work and his fiancé, and planning a wedding – he is hanging out in his favorite place. That would be Austin, which is where they live, to be precise. He doesn’t spend too much of his time talking about it, but it seems that they have a great time there.

When it comes down to it, he’s a man who is not really that active on social media. He’s not inactive, but he’s not sharing everything he is doing and all that he is up to in his life. He’s more of a keep it to himself kind of guy, and he seems to like it that way.

When he thought he could find a way to make things work on this reality show, he didn’t expect to leave the way that he did – with a fiancé and a wedding to plan, but here he is. All he wants is to be married to Lauren, and that really worked out for him.

10. He Proposed a Second Time

The first one was a bit of a thing since he was in the moment and he wanted to be sure his girlfriend didn’t leave him for another man. He had a realization, and he wanted to make things work. He went home, had a ring made, and he made sure he was doing things right. He had a slightly more romantic proposal, and she continued to say yes.