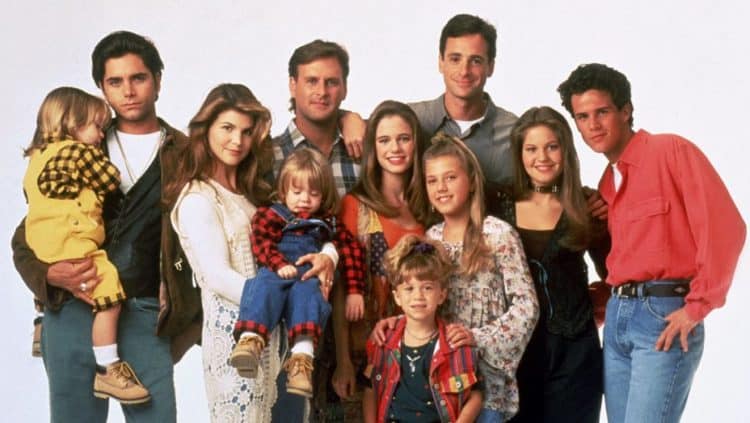 A lot of the movies I loved when I was a kid were not cartoons. Disney staples like Goofy Movie, Aladdin, Beauty and the Beast, and Toy Story were all significant parts of my life that came out right when I was the target audience. Any claim to the contrary is a lie. However, I also enjoyed live-action fares like Sandlot, A Summer Story, The Big Green, Heavyweights, and other children’s entertainment that didn’t need talking animals or IPs attached to them. Recently, I’ve been thinking a lot about how movies like this no longer exist. A few minutes into Space Jam: A New Legacy, I realized how much I enjoyed the family-friendly live-action parts. Yes, LeBron James’ acting leaves a little to be desired, and yes, it’s not the most immaculate script ever. However, in a world filled with superhero movies, live-action adaptations of cartoons and video games, and a new computer-animated film every week, I miss the good old-fashioned, family-friendly live-action film.

I am not one of those people who decry the existence of Marvel movies. Each new one likely has me in the seats on the opening night, ready to enjoy two hours of action entertainment and world-building. As a fiction writer whose ambitions outweigh my creative output, I respect everything Feige and company put into the MCU. Letting 25 movies, several shows, and 80 years of comics play out and do a testament to the latest form of monoculture. While these films have a stake in the overall problem, nobody is forcing film companies to emulate the MCU. However, when we try to make every movie a spectacle of animation, CG-laden set-pieces, and heresies of established properties, we lose a special kind of movie like the ones I watched growing up. Family and children’s movies didn’t have to be events in the eighties and nineties. They told simple stories about the trials of growing up and figuring out life. Sometimes, they were R-rated coming-of-age movies like Stand By Me, which still spoke to a younger audience despite its mature content based on words by Stephen King. Other times, it was a simple baseball story about that age-old tradition of wondering what happens when the ball goes over the neighbor’s fence.

The acting was often rough, but the low-stake stories had a timeless charm that even my nephews appreciate today. Why, then, are movies like this so rare in the modern age? Yes, Netflix has films like Yes Day, which try to recapture that magic of childhood that doesn’t need anything but kids being kids, a gripping conceit, and the natural relatability it has to nearly everyone who watches. Two recent movies come to mind. First, there’s Wonder. Based on the popular children’s books, Wonder includes references to Star Wars and other properties. Still, at its heart, it’s a sweet story about a deformed child who gets bullied for his looks while ultimately winning over his classmates. It’s a well-made movie with a superstar cast featuring Julia Roberts, Owen Wilson, Jacob Tremblay, Daveed Diggs, and many industry veterans doing their thing. However, the film is about children and is made with a younger audience in mind.

The other film, Love, Simon was also based on a popular book series. While focusing on teen romance, the film is very much in tune with the types of wholesome entertainment prevalent to a previous generation. It’s a paint-by-numbers romance story of a teenage boy who comes to terms with his sexuality and all the pitfalls that come with that from family, friends, and the high school bullies. Both of these are different versions of a similar story. They both focus on outcasts who society views through the lens of perceived differences than their actual personalities. While there might be an occasional swear or off-color reference, they’re the types of movies that you can laugh with, cry with, and ultimately trust to bring you toward a satisfying ending. Both were moderate successes that made a buck en-route to modest success in home-viewing, too.

The family entertainment of the 1980s and 1990s showed that not everything had to be about spectacle. They didn’t all need heavy-handed allegories on mental health, loneliness, or other rites of passage to adulthood. Family entertainment didn’t need high-concepts that skew more toward adults than kids. They just required kids being kids, believable stories, and that wholesome, family-entertainment appeal that applies to a broad range of possible stories. The family entertainment world isn’t entirely dead. Even the R-Rated Lady Bird has some of the same strings that made Cinderella Story and more recent family movies hits. Bo Burnham’s stunning coming-of-age story, Eighth Grade scratched a similar itch.

Family entertainment isn’t all about its MPAA rating and potential box office dominance. Sometimes, it’s about telling a story that will make a moderate sum at the box office and grow in stature in the home market. However, if you look at recent attempts to do so you’ll see how Hollywood has co-opted these by making them in the same vision as Marvel movies. With some exceptions, such as the universally beloved Paddington franchise, many of these don’t come across as movies with the kids in mind, but movies where the guarantees of having Peter Rabbit or Sonic on-screen mean that the quality can suffer. They’d rather make a half-a-billion on a half-baked concept than $100 million on a movie that may have greater relevance in twenty years.

People of my generation get family entertainment wrong. They decry society’s nostalgia for things that do not interest them or threaten the facade of greatness brought on by a quarter-century of misguided reverence. On the other hand, they critique children’s movies for lack of nuance or subtle vision, as though they scratch the itch that Nomadland did for people like myself. Everything that isn’t made for box-office appeal is seemingly made for awards buzz, while anything that isn’t made for awards buzz is made for box office appeal. This is good for Marvel, Warner Brothers, and other companies that still have broad appeal, but it leaves us without the types of Children’s entertainment that often has the biggest footprint on our lies. Now, it’s time to bring the ball out from the neighbor’s yard and appreciate the harmless, wholesome entertainment that many of us took for granted in our youths.