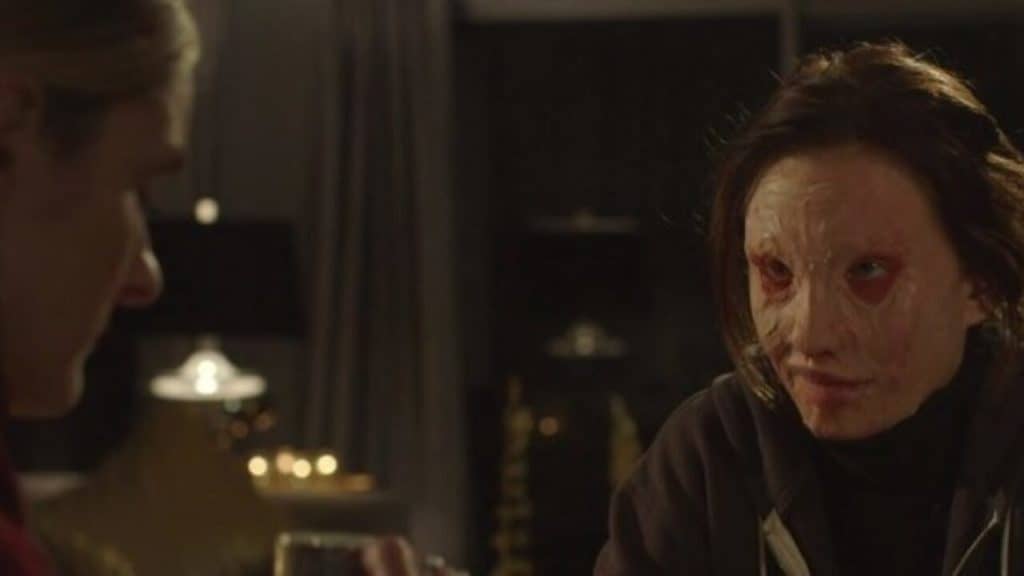 Some stories make a person cock their head and go ‘huh?’, and it’s definitely not the first time this has been said, and it won’t be the last. The Cleaning Lady is the type of movie that eventually becomes predictable but does deliver a few easy thrills that aren’t bound to make a person think too hard. When Alice, the protagonist of the story, is shown to be a bit of a homewrecker, as she’s in a relationship with a married man, who has a kid no less, meets a cleaning lady by the name of Shelly, things start to get a bit uncomfortable rather quickly. Shelly’s scarred appearance isn’t the problem, and her silent, mousy nature isn’t the problem. It’s the combination of realizing that once Alice starts being nice to Shelly, and even uses her to help stave off her amorous, cheating beau, Michael, that Shelly becomes more than a little obsessed with Alice and in doing so begins the game that in many horror movies usually ends with the pursued either outwitting the pursuer or falling into a trap that they never saw in the first place.

It’s not hard to see that Alice is conflicted when it comes to the knowledge that she’s fooling around with a married man, but it’s also not hard to see that she’s been enjoying the benefits since he’s willing to do pretty much anything for her, including flying her to Italy as he plans early on in the movie. As narcissistic as she is though, the woman does have a conscience, and she does attempt to use it as she does her best to break up with Michael, which is when she and Shelly begin to become friends. Sadly, Shelly notices how much Alice is trying to keep Michael out of her life and sees an opening.

One thing to realize about Shelly is that as quiet as she is and as humble as she appears, there’s a seriously twisted mind behind the scars, the baseball cap, and the unkempt hair. The audience gets to see this when Shelly’s history is revealed. Not only is her mother obsessed with making Shelly look pretty, but she actually pimps her own daughter out to grown men so that she doesn’t have to work at a factory for lower wages. Yeah, take that in for a moment, Shelly’s mom accepts payment on her daughter’s behalf so that older men can do what they want with her. Initially, it would appear that Shelly didn’t want to get dolled up since she didn’t want to be embarrassed or perhaps because she just wanted to be herself. But the sickening turn of events that comes into play makes her mother look like an absolute monster, which is only fair since the woman flies into fits of rage during which she slaps her daughter for not doing as she asks, and at one point even threatens to cut her tongue out for talking back to her. One can easily imagine that with a mother like this that someone would become a rather disturbed individual, not to mention that they would do something along the lines of what Shelly does.

This kind of story would indicate that the tragic individual that broke bad would be defeated, but also lamented since, like it or not, they had a rough life and aren’t entirely at fault for who they became. One might think that, but that’s where they would be dead wrong. Not only does Shelly obsess over Alice, but she also goes so overboard that she makes a mold of her face at one point and wears it in private, in Alice’s bath while Alice is away, and eventually captures both Alice and Michael after discovering that Alice has gone back to Michael when he simply approaches her. On a few levels, this movie is a little bit disappointing since it does remind a person that there are individuals out there that are so blind as to stay with people that aren’t good for them in any way, shape, or form. But the manner in which Shelly makes Alice pay for this mistake is absolutely brutal since one thing that can be said about Shelly, besides the fact that she’s a bit insane and patient as all hell, is that she is, most definitely, sadistic as hell.  The torture that she subjects Michael to in an effort to get Alice to kill him and be rid of his temptation is enough to make some people turn away since, yes, it is stomach-churning in a way. But to think that the villain wins in this story isn’t too hard to believe, since whether people want to admit it or not, a well-prepared and cautious villain is usually bound to be the last one standing when all is said and done. 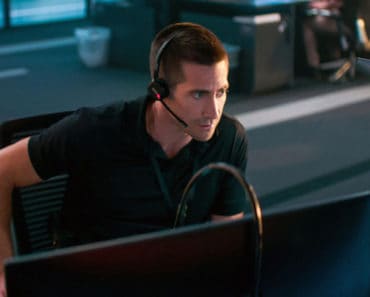