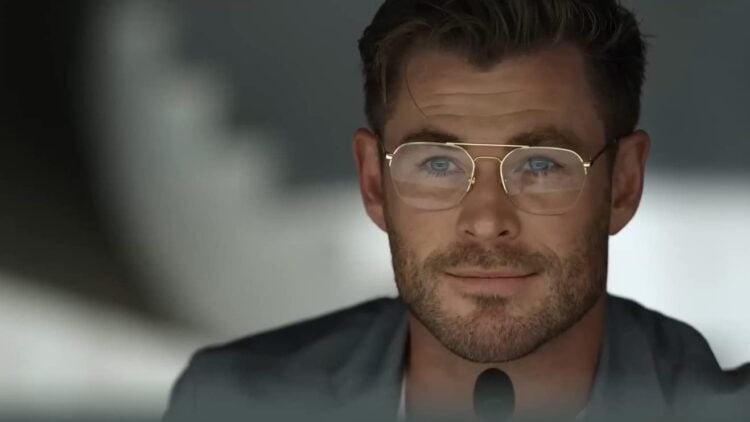 It’s not often that we get to see Chris Hemsworth in the role of the villain. In fact, this is one of the only times that we get to see it in this obvious of a way, since the other times he’s played a villain it hasn’t been nearly as in your face as this time. Spiderhead is the type of movie that a lot of people have seen before with a mad scientist that thinks he’s saving the world. But it’s entertaining because we haven’t seen Hemsworth like this yet, as he’s been the more heroic type up until now with roles such as Thor, Tyler, and several others. But along with Miles Teller and several other great actors, this movie is something that one can’t help but think is strange in some ways and awkward as hell in others. Yet for all that, it comes together in a way that’s kind of impressive since it doesn’t try to be anything it’s not. If any of that makes sense, then you’re ready to move on since the movie is one of those that doesn’t really stop to explain itself given that there is a lot to cover.

The beginning of the movie starts with a man sitting in a chair being told several things, some of them that could be seen as amusing and even funny, and others that are tragic and horrifying. The man laughs at everything he hears, even if it appears that he would rather get angry or depressed. This is kind of odd since it would appear that he’s a bit unbalanced, kind of like Arthur Fleck from Joker, who couldn’t stop laughing thanks to a condition. But it turns out that the two men behind the glass that are making the statements are conducting a test on the subject as the device that is connected to the man’s lower back is feeding him several different chemicals that affect his mood in different ways.

The audience is then introduced to Jeff, and slowly but surely we learn his story and why he’s in this place, as Spiderhead is a prison of sorts, where inmates are allowed to mingle, interact, and otherwise roam the facility as they will. As prisons go it’s one of the oddest of the bunch when comparing the movie to many others, but this prison does have conditions, as the inmates are being experimented on by Hemsworth’s character, Steve Abnesti, a scientist and researcher that is attempting to find out if human feelings are genuine or if they can be controlled and therefore modified by the chemicals that he has created. While his assistant is at times a bit uncertain about the process, Steve has no trouble dosing his patients/inmates to discover how each person will react to certain dosages of a chemical. Some chemicals control love, lust, fear, anxiety, and anger, and one that he is working on that allows one to keep a person obedient above all. In other words, he’s another scientist that thinks humanity can be improved or advanced by the use of a chemical or two that can alter brain activity and convince the person that they are having a genuine emotion.

As Jeff’s story unfolds, however, one can see that he and the other inmates might not be as on board with this process as was originally believed, as none of them enjoy the negative effects of certain chemicals. After being manipulated more than once, Jeff finds himself wanting to leave the program, though Steve is adept at twisting the truth and justifying his actions in a few different ways to make others feel that maybe they’ve misjudged him and are being unreasonable. The gaslighting in this movie is amazing since it does feel like something that many people in the real world might utilize to get what they want at times. But the way that Hemsworth delivers his lines is haunting since after his many heroic roles it’s tough to see him as anything but the type of person that’s out to help others. In this case, however, he’s a mad scientist that has been allowed to rule the prison he oversees and do what he wants with the inmates when it comes to tweaking their emotions.

By the end, the scientist has run out of options, and Jeff and his friend Lizzy have decided that it’s time to leave the place. On their way out, however, Steve decides to trigger every inmate in the place and ups their dosages to such a degree that Jeff and Lizzy have to fight their way out of the prison, while the police, who have been alerted to Steve’s experiments, are on their way. To make a long story short, Jeff and Lizzy do manage to get away, while Steve ends up flying his private plane into a cliff. Without giving too much away, this movie was all types of crazy, but it was an interesting thrill ride from start to finish.