One might think that taking a nice, long walk for charity would be an easy thing to do, yeah? It might be, so long as you’re not walking near a location that three murderous individuals have been using as their hunting grounds for who knows how long. Granted, the bogs and fields of heather that abound within the first part of this movie don’t appear to belong to the trio of guys that are seen to be stalking a woman on her own in the opening, but it does kind of need to be said that the foreboding nature of the place is a good setting for a story such as Hillwalkers.

The dreary location looks like a nice challenge for hikers, but not much else, and yet it becomes even more dangerous when the mention of thick fog, sudden ledges that can drop for ten feet or more, and other dangers are mentioned. The wet weather is only part of the problem, though, since at some point during the hike, which is meant to last for kilometers at the very least, one of the party manages to fall off a ledge and somehow find a chunk of wood buried in his leg, which facilitates the sudden need to either turnaround and leave, or find a way forward that can lead to a road. And, of course, this is where things start to get really interesting.

There’s not a lot to get into at first, and I’ll admit that I nearly turned it off about a half hour in, but at the very least, finishing a movie to state that one has watched it is sometimes better than giving up. Plus, once the dilemma of an injured leg is brought into the story, it becomes a little more interesting since one has to think of how the group is going to get out of this predicament, especially since the way they came is treacherous enough when dry, and doubly so when wet. It is interesting how the landscape can become another challenge in such a short time. Still, the truth is that the landscape in this movie was already a challenge since a muddy bog is a location that many people might refuse to tread across after taking a good look.

The characters don’t feel as fleshed out as they should be.

It does feel as though there’s a bare minimum of exposition given in the introductory scenes, but after that, it’s almost as though the director felt that doling out just a few parcels of information here and there was enough. The characters feel as though they’re loathed to give up too much to each other, which is understandable when meeting the antagonists but is kind of odd when it comes to the group of hikers. Getting the feeling that there’s something that they don’t want to talk about openly is enough at some points until the husband and wife in the group finally do start talking, but it still feels as though any real exposition that might have helped to get things rolling was left out, which feels like a missed opportunity given that otherwise, the characters don’t feel as though they’ve been given the necessary attention that could help people relate with them. The whole idea that one of them had cancer and is now seeking to promote awareness of cancer research is all well and good, but it becomes an overriding theme for a few minutes before it’s allowed to quiet down again. 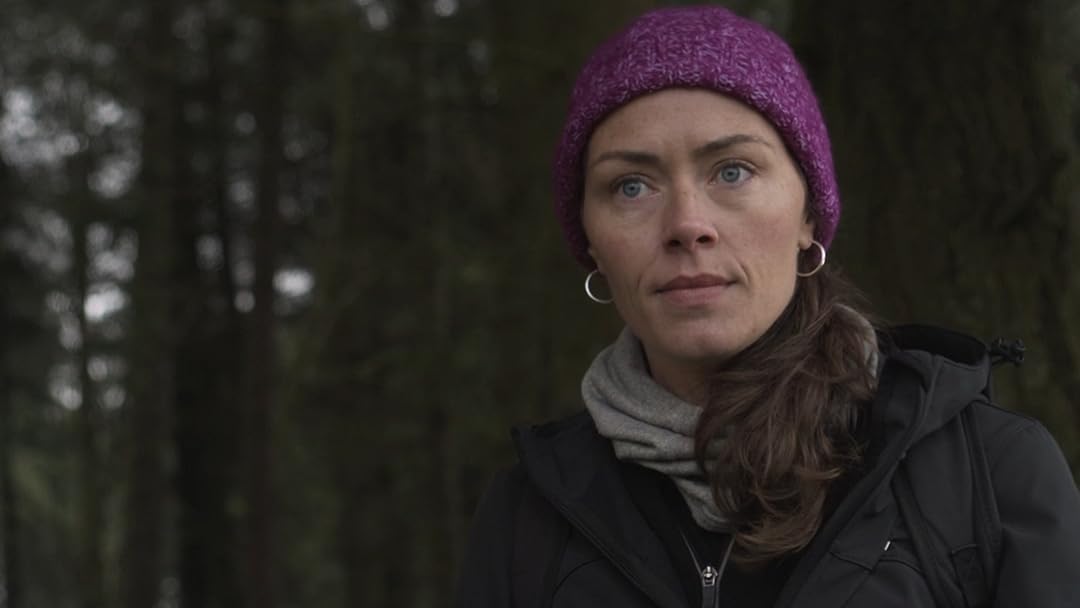 The villains didn’t really come across as the types who are used to their prey fighting back.

Steevy is the only villain in this movie that gets enough screen time to really give the audience anything other than the brooding looks and steely-eyed glares that his two accomplices managed to accomplish. Near the end, when the other two are slain, there is a little more of an understanding of the reason why the antagonists are important to the story. But the fact is that the villains in this story aren’t exactly that important since the biggest danger before their appearance was the chunk of wood that had been somehow jammed into the leg of the husband in the group and the prospect of getting back to their car.

Strong women in a movie are great, but they’d be even stronger if they had to overcome men that were actually impressive.

I love seeing strong, capable women in a movie that can outwit and even fight against the men and come out on top. But the fact is that there are ways to do this that make the women appear even more impressive, and this movie kind of missed out on that opportunity. Granted, the last two ladies did take out the men, but at the same time, the villains weren’t all that impressive, to be honest.