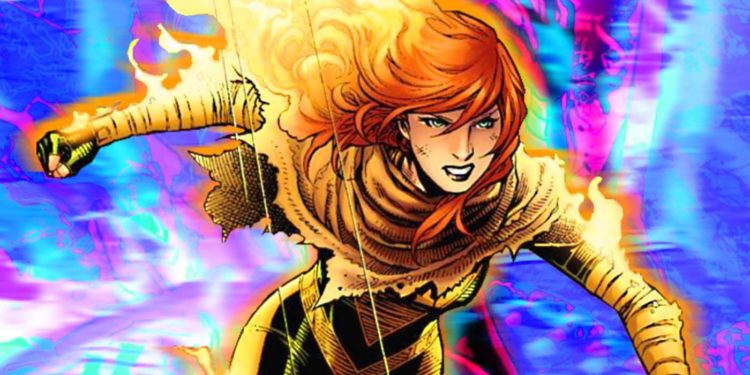 Many a mutant has donned the blue and yellow spandex of Marvel’s X-Men. Some were braver than others, some more charming, handsomer, smarter or popular. But who were the most powerful? Who could smite the villain, save the world or break the plot with the most ease? This list attempts to answer that question. So let’s get to it!

While the cosmic entity called the Phoenix is undoubtedly one of the most powerful creatures in Marvel Comics, its most famous host is a force to be reckoned with even on her own. Her combination of telepathy and telekinesis is very potent, and might have merited a higher place on the list were it not for the fact that her children have the same abilities and are even more powerful. As one of the original X-Men, Jean would remain the heart of the team regardless of power level.

This one is more obscure, not having appeared outside of the comics before. He is also one of the younger X-Men, and not the most popular of characters. His power can’t be denied, however. Elixir has complete control over the human body, his own or another’s. This means he can heal anything, anything at all, with a mere touch. It also means he can kill in the same manner. While a death touch is hardly a big deal in comic land, where people who can crush mountains with their brains wander around, being able to heal everything is remarkable. And plot breaking. There is little room for drama when Elixir is around. Perhaps that’s why he often ends up going for extended holidays, off where no-one can reach him.

In addition to being a powerful sorceress and possessor of the Soulsword–a magical blade forged to kill eldritch gods–Illyana Rasputin has the mutant power of teleportation. So do others, of course, but none to the same degree. Magik can teleport through space, and between dimensions, seemingly with no limitations on range or how many people she can take with her. Even better, she can travel through time. The only reason she doesn’t win a higher standing is because of the many rules Marvel have in place to prevent time travel being used to break the plots of their stories. In another setting, with other rules about time travel, Magik would be unstoppable.

Another rather obscure character, Vulcan was only an X-Man for a brief time and has spent most of his comics career as a villain. That brief stint is still enough to make him qualify for this list, however. The youngest brother of Cyclops, Gabriel Summers can control any and all forms of energy around him. Taking a moment to consider the abundance of energy around any one of us at any moment should be enough to tell you how dangerous that is. The only reason he doesn’t appear higher is because he can’t generate the energy himself, unlike many of those above him.

While usually depicted as ruling the underwater kingdom of Atlantis by in his own stories, Namor is a mutant, too, and has joined the X-Men in times of great need. Massively strong, fast, and resistant to damage, he eclipses the other bruisers on the team, being comparable to Superman on a team that does not usually gravitate towards such powersets.

With the ability to completely control the weather, Storm can save or destroy habitats at will. That, or blast anyone who offends her with lightning. Bonus points since she is also one of the most experienced and respected leaders on the team.

Some older fans might remember this dorky joker from the Spider-Man and His Amazing Friends cartoon that broadcast back in the 80s. Seemingly silly, he would not typically be imagined as one of the most powerful mutants. But that is a mistake. Iceman’s ability to control moisture gives him a very notable advantage on a planet where seven tenths of the surface is covered by water, and against opponents who are also made of 70% of the stuff. If that isn’t a big enough boost, Iceman can turn himself into moisture as well. This includes transforming his body into a cold mist, essentially becoming a disembodied spirit. Naturally, this makes him incredibly hard to kill, which is why I place him above the glass cannon that is Storm. How do you punch or stab a spirit, after all? You don’t. But that spirit can turn you into a block of ice any time it wants. Any villain who comes up against this practical joker better hope he is still in a friendly mood.

The X-Men’s most famed villain is also one of the most powerful mutants to ever join their team. The vagaries of comics, with their constantly evolving storylines, have led to his trying to destroy the X-Men one moment, and working as the headmaster of their school the next. Regardless, his power of magnetism, while silly at first glance, has often proven mighty indeed. After all, it does a lot more than just letting him pick up metal objects; it gives him control over the gravity of the planet. Any man who can drop the moon on you is a man to speak carefully around.

The son of Cyclops and Jean Grey, Cable inherited Jean’s powers but enhanced to the highest possible degree. He is the result of genetic experiments by Sinister intended to create a mutant powerful enough to defeat his rival villain Apocalypse. The experiment was a success, for Cable’s telekinesis is precise enough to move molecules and strong enough to shatter planets. His telepathy is more than sufficient to speak to and potentially control every human on earth. Oh, and he can use psychometry to see the past and precognition to see the future. And he can also turn himself into disembodied energy like Iceman, essentially making himself invulnerable to all physical attacks while not restricting his own psychic abilities in the slightest. Did I mention that he, and his alternate reality counterpart Nate Grey, are a bit overpowered? It’s small wonder that they are constantly having their powers crippled by one plot or another. In Cable’s case, this is usually due to the techno-organic virus he was infected with as a child, the one that turned his arm and half his face metal. He normally has to use his telekinesis to prevent the virus from taking over the rest of him, leaving no room to do anything else. When he doesn’t, however, there is almost no-one who can match his power.

And what could possibly be more powerful that the powers already listed? Why, having all of those powers at once, of course! And that is exactly what Cable’s adopted daughter Hope can do. Called the mutant messiah, she can copy the abilities of any mutant on earth, combining them all together in her. Unlike another power copier, the more famous Rogue, she doesn’t even need to touch them to do it, and suffers no consequences. She is also a lot less popular, however, and that is a good lesson to take from lists like this. Being the most powerful is all well and good, but power does not a good character make. Many of the best X-Men, like Wolverine or Nightcrawler, cannot even come close to a place on this list. That does not make them anything other than the best they are at what they do.

Five Actors Who Should Play Larry King In A Biopic