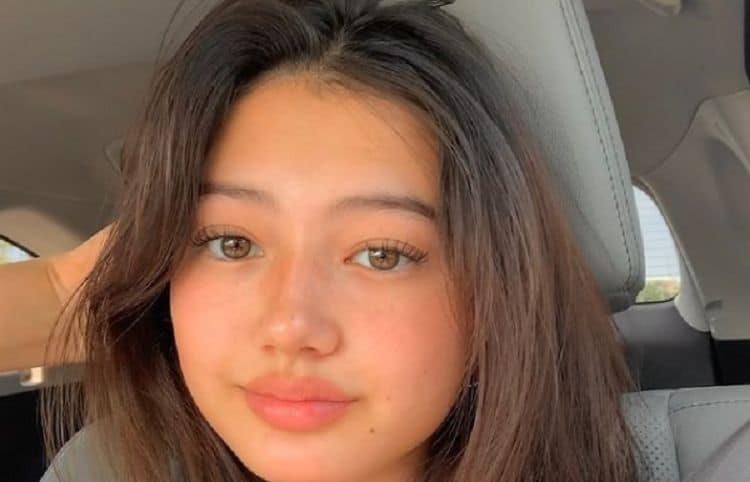 2021 is a year that Miku Martineau will probably never forget. After years of working hard to sharpen her skills as an actress, she has officially gotten an opportunity that could take her career to the next level. Miku has a main role in an upcoming Netflix movie called Kate. The film tells the story of an assassin named Kate who botches an assignment and then realizes she’s been poisoned and only has 24 hours to live. She decides to use that time to seek revenge on the people who poisoned her. The movie is full of action and it’s going to be a great way for Miku to introduce her talents to a large audience. Keep reading to learn 10 things you didn’t know about Miku Martineau.

Miku was born and raised in Canada to a Japanese mother and a Canadian (white) father. It appears that she has a brother named Kai who is also getting into acting. There doesn’t seem to be any information on Miku’s upbringing, but as far as we can tell she still lives in Canada and there’s nothing to suggest that she has any plans to relocate.

2. She Only Has 3 On-Screen Credits

If you haven’t heard of Miku before, that’s because she’s very new to the entertainment industry. In fact, Kate is technically her first on-screen role. Although she has two other acting credits, they are both voice roles in animated projects. Needless to say, she has a lot riding on her role in Kate.

3. She Enjoys Being Outdoors

Now that things with her acting career are really starting to take off, Miku probably doesn’t have a lot of time to just sit back and relax. When she does, though, she loves spending time outside. Based on some of the photos on her Instagram account, it’s clear that Miku really enjoys being by the water whenever she gets the chance.

There are lots of people in the entertainment industry who love being the center of attention. As a result, they tend to share a lot of information about their personal lives. However, that hasn’t been the case for Miku so far. At this point in her career, she is enjoying her privacy and she hasn’t revealed much about herself.

5. She’s Signed To A Talent Agency

Getting an agent is a very important step in an entertainer’s career because it opens the door for other opportunities. Working with a talented agent can result in increased exposure and more auditions. Miku is currently being represented by Premier Artsists Agency, but we aren’t sure how long she’s been with the company.

6. It’s Unclear If She Has Formal Acting Training

Since there isn’t a lot of information out there about Miku — personally or professionally — we don’t know how long she’s been acting or what inspired her to start in the first place. We also dont’ know if she’s ever undergone any kind of formal acting training. Given her age, however, we do know that she hasn’t gone through any collegiate acting programs.

7. Her Parents Are Very Supportive

Sometimes when people decide they want to act, they get backlash from their loved ones because acting isn’t a very stable career path. Fortunately, that doesn’t seem to be the situation for Miku. Her parents are very proud of everything she’s accomplished so far. Her father, Peter, even made an announcement about the trailer for Kate on his Facebook profile.

Having a strong online presence has become very important for people in the entertainment industry. However, since Miku is still early in her career, she hasn’t generated much of a buzz online yet. At the moment, Kate has just 1,700 followers on Instagram. There’s a very good chance that number will increase once Kate is released.

9. She Believes In Uplifting Other Women

Supporting other women is something that is very important to Miku. In an Instagram post celebrating International Women’s Day, Miku wrote, “I’m very proud to be apart of this message celebrating achievements women have made and how we should always strive to have equality in our society. Sending so much love and support to all of the powerful, strong, beautiful and influential women out there”.

According to Wikistacks, Miku was born on September 14, 2004 which makes her 16 years old. Most 16 year olds are thinking about things like school dances and learning how to drive, but Miku has a little more on her place than the average teenager. We weren’t able to find any information on if she attends ‘normal’ school.