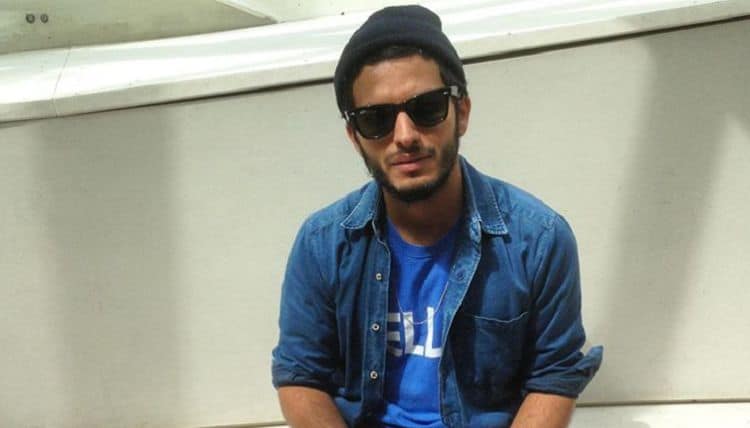 On December 5, 1985, Mehdi Dehbi was born in Liege, Belgium, and until recently, most of us would probably have never known he even existed. However, the Belgian actor is playing the lead in “Messiah,” which has Netflix subscribers threatening to cancel their subscriptions after watching the trailer released two days before Mehdi’s 34th birthday. Christians are especially outraged since Mehdi’s character’s name translates to “Antichrist,” and they are saying it is persuading people to follow evil. With such threats, those who have watched the trailer are keen to know who in their right minds would dare to play the false Messiah, so let’s tell you more about Mehdi.

1. He is fluent in four languages

The only universal language is that of love; other than that, you will need a translator to relay your message. Being multi-lingual has its perks since it opens you to a world of opportunities, and if you are social, it is the ideal gateway to interact with anyone across the globe. Mehdi has mastered four languages; Arabic being his mother tongue. The other three are English, French, and Spanish. Having been born in Belgium, it makes sense that he mastered one of their official languages.

2. His zodiac animal is the rat

Rats have never been looked upon with kindness due to the destructive behavior. However, to the Chinese, the rat comes first in their zodiac signs. The personality associated with the rat is cheerful, outgoing, and friendly. Those who fall under the rat sign are also assumed to be alert, vital, delicate, and witty.

To go throughout your career without any recognition of the hard work you have put in can be disappointing. Actors like Joaquin Phoenix, who had to lose a tremendous amount of weight just to be in “Joker,” and still have never received an Oscar feel the sting of disappointment. Mehdi has, however, been a recipient of a Golden FIPA award, so at least he has something that pushes him to excel further. The International Festival of Audiovisual Programmes was founded in 1987 to appreciate all creative genres. It, however, changed its name to FIPADOC in 2019.

Although different sources say the first film that Mehdi was featured in is “The Murdered Sun” or “The Sun Murdered,” these are different translations to the title of the movie. Mehdi was only 16 when he was cast in “Le Soleil AssassinÃ©.” It is based on the mysterious murder of Jean Senac, a poet who died in 1973. Jean settled in Algeria even after independence and ended up under police surveillance. Mehdi played the role of Hamid, and the film was recognized at both the San Sebastian International Film Festival and the Montreal World Film Festival for two awards.

5. He is currently single

6. His most recent show

Mehdi has been in a controversial series that set to premiere on Netflix in January 2020. However, the film may either see him become a star or the world’s most hated man, given the fact that he will be playing Al Massih. Since the series is titled “Messiah,” Al Massih is presumed to be the Antichrist as people do not understand him. People have speculated that it could be the producers’ way of preparing us for the Antichrist, but let us wait and see.

If you are only hearing of Mehdi now, it could be because you have not watched some of the other films he has acted. One of the movies that put Mehdi’s name on the map is “London has Fallen,” where he was cast as Sultan Mansoor. His appearance on the “Tyrant” series as Abdul should also have catapulted him to fame, given that he appeared in 10 episodes, but that is not the case. Most of the other films and shows are Belgian and one of them “Le Sac de Farine” got him a nomination for the most promising actor.

8. He once directed a play

Mehdi appears to have always been fascinated by theater, and even after making his television and film debut, he has continued his interest in stage performance. At first, he was only a performer starting with the never-aging story of “Romeo and Juliet” in 2007. However as he made more stage appearances, he must have realized he could do more than just act. He, therefore, tried his hand in directing a play “Les Justes” in 2013. He might not have liked the experience because there is yet to be another play in which he is the director.

9. He leads a life away from the limelight

For someone whose career began at 16, by now, we would expect him to be surrounded by many scandals, but that has not been the case with this actor. Even getting him to talk about himself and his family is a challenge given that there are no reports of where he went to school or facts about his family. The only thing he has divulged is his birthday and birthplace. Now that he is playing such a controversial character, paparazzi will be over him, and hopefully, they can unearth more about him.

10. He feels his roles have impacted him

If you undergo something and it does not have any impact on you, then you most probably will go through it again until you have learned a lesson. Mehdi played the lead in “He’s My Girl” and “The Other Son.” To him, it was more than just cashing a check because he learned that human relationships are far more important than the labels used to identify us.