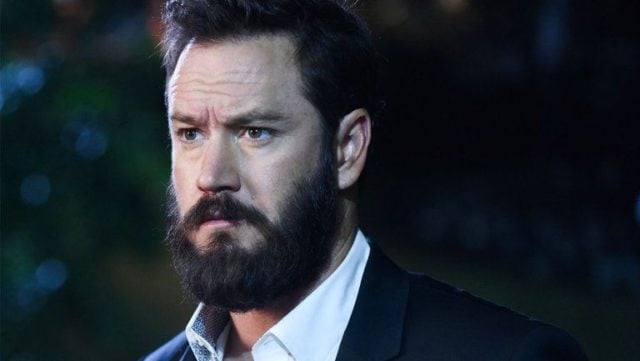 Mark-Paul Gosselaar has slowly turned into one of my favorite celebrities in the entire world.  For one thing just check out the awesome beard he rocks in the picture above.  For another, I have tremendous respect for any child star that’s managed to stay on the straight and narrow as long as he has.  A show like Saved By the Bell has future drug addict written all over it for child stars but Gosselaar has managed to carve out an incredibly busy and successful TV career for himself.

No matter what show this guy lands on whether it’s Franklin and Bash or Pitch, if said show gets cancelled you end up seeing Gosselaar in a new role within a year’s time.  Directors and producers obviously like him and so do I.  His acting is extremely improved since his younger days, he’s still handsome without the bleached blond hair, and personally I think he’s going to be great in his new show.  According to Bleeding Cool

Fox is making sure that at least some actors impacted by recent series cancellations won’t be on the unemployment rolls for too long. The upcoming supernatural drama, The Passage, has tapped six of it’s cast, including show lead Mark-Paul Gosselaar (Pitch, Saved by the Bell, Truth Be Told). Also announced castings are Saniyya Sidney (American Horror Story), Genesis Rodriguez (Time After Time), Brianne Howey (The Exorcist), BJ Britt (Behind Enemy Lines) and Jennifer Ferrin (Time After Time). Based on author Justin Cronin’s fantasy series made up of The Passage, The Twelve, and The City of Mirrors, Marcos Siega will be directing and Liz Heldens has penned the adaptation.

Zero chance I watch this show but like I said I have no doubt Gosselaar will excel in the role.