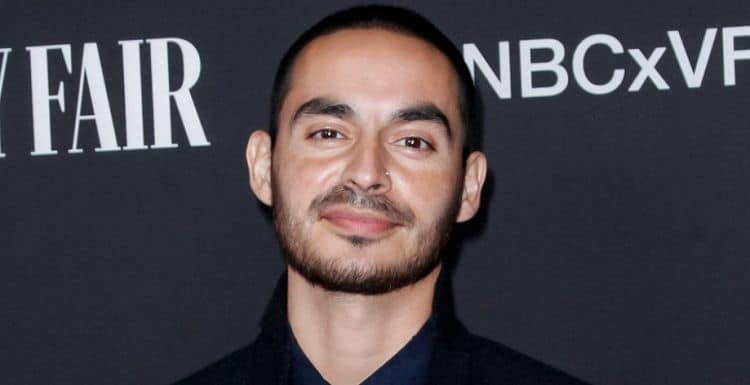 Manny Montana is one of those actors who is good at everything he does. He tries something once, and it seems that he’s successful. He’s one of the most talented young actors in Hollywood right now, and his fans are dying to know more about him. He plays a wonderful character, but it is his life that is so fascinating to fans. Most are unaware that he had a completely different career path in mind prior to taking on a role in “Graceland,” which is the one that made him famous. He was in several student films and even some other television shows prior to taking on the character of J.T. in this hit show, but it was the show that changed the game for the actor. Here’s everything you did not know about him.

He’s a born and raised 80s kid, which means he likely has a great set of memories of his childhood. Growing up when the world was a much slower pace, when there was no way to connect with people constantly, and when you actually had to be with people to connect with them is just so much better. It’s easy to see that looking back now, and he had that as a child. He was born on September 21, 1983.

He grew up in California. He was born and raised in Long Beach, which is such a great community in Southern California. There’s so much to do there, so many activities, and so much offered to families who raise their kids in that area. The beach, proximity to the mountains, the hills, the beautiful weather, and all that is there is such an amazing thing for a young family.

3. He is a Former Football Player

Growing up, he was not as much into acting as he was into football. He played almost his entire life, and he even went to college to play football. He earned a scholarship that allowed him to join the ranks of the California State University Sacramento football team. The only problem is that he was injured and unable to play. He suffered an arm injury – 8 times.

Despite being injured and unable to play football in college, he stayed in school. He did not stay in Sacramento, but he did transfer closer to home. He has a degree in Journalism and Broadcasting that he obtained from California State University in Long Beach. He went home, and he did well.

While he was in college working on his degree, he found that he was also good with music. He might not be a singer or a star in that aspect, but he’s a good DJ. He worked as a DJ while he was in college, and he even took on an internship with a local radio station. Ultimately, he didn’t go into this line of work full-time, but he probably could have.

He’s a married man, despite the fact that this breaks the hearts of many of his fans who hope they have a chance with their favorite actor. His wife’s name is Adelfa Marr, and they share one baby together. He likes to keep his marriage and their child out of the press, and we respect that.

7. He Loves His Wife

He calls her his best friend, and he even says that his idea of a perfect marriage actually came true for him. They do everything together, and he never tires of being with her. They have fun, and he calls her his rock. That is exactly what a strong, successful, happy marriage looks like, and we are here for it.

While he does not share his son with the world, he does share that he is loving being a father. He has a baby, and it’s the best time. His favorite thing to do is spend time with his wife and their baby, and he will never tire of doing either. They are living their dream right now, and he has no complaints about it.

9. He Didn’t Think Acting Would Work

He wanted to be an actor growing up, but he didn’t think actors could become actors coming from a normal family. They don’t come from families whose parents work long hours at regular jobs doing things that are normal. He thought actors came from different backgrounds, and he learned that he can actually do anything despite what he might think.

He is a man who starred in “Good Girls,” and he refused to take a pay cut from the show to renew. He didn’t want to do what they wanted him to do on NBC, so he didn’t sign a new contract. The series was then canceled, and many thought that he was the main reason for cancellation, but he was not.