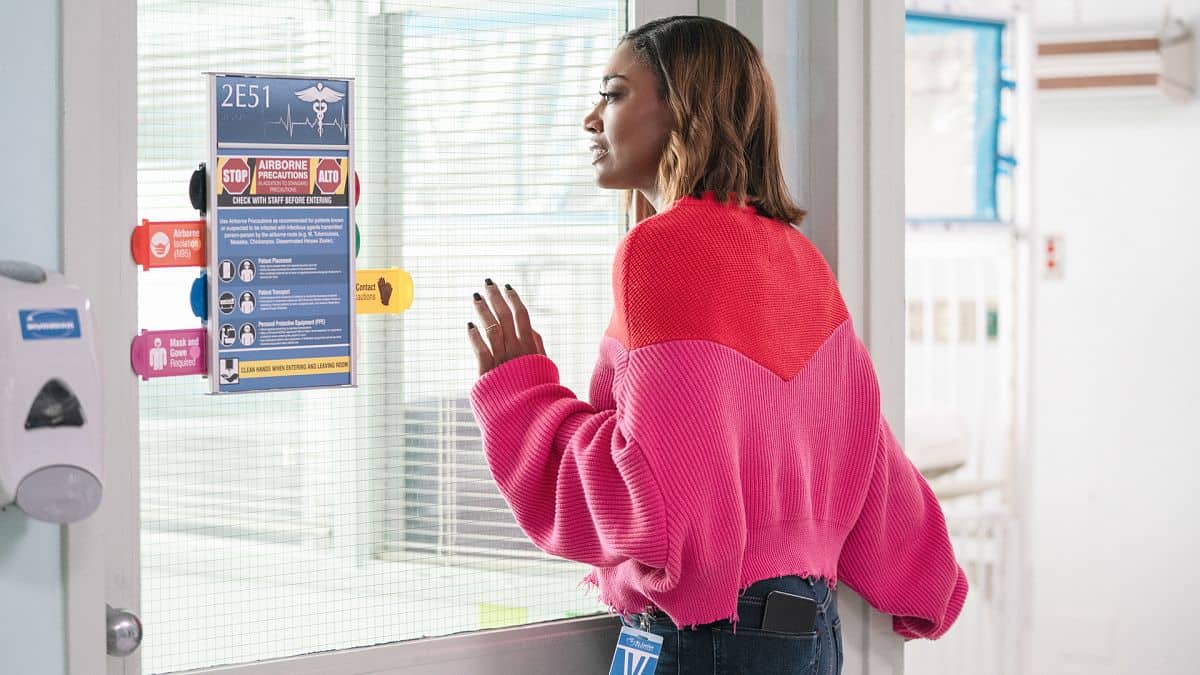 Sickness is something that we all go through in our lives. From the chicken pox to cancer, there isn’t a disease that humankind has not encountered. In this week’s episode of Madam Secretary, Elizabeth heads to Camp David to write her presidential campaign speech, leaving Team M-Sec to hold down the fort. Jay steps in for the secretary and tries to secure an international Climate Migration agreement. One that grants asylum to the displaced citizens of nations affected by global warming. Oh, and there’s a possibility of measles making a comeback.

I am seriously not liking President Andrada very much. He blames the migrants seeking asylum in Australia and the Philippines for bringing measles with them to the aforementioned countries. As a result, the countries who were on board for the climate deal all pull out. I’m not a violent person, but I would love to punch that smug, arrogant look off of Andrada’s face.

In other news, major kudos to Jay for filling in for Elizabeth while she’s away. He did a wonderful job at the conference despite the comments from the Australian Prime Minister. He said that Jay is merely a stand-in for the Secretary of State and that he couldn’t channel her way of persuading people to cooperate. It’s a shame that the prime minister didn’t see the awesome reverse psychology Jay unleashes on Andrada. I applaud you, Jay Whitman, I really do.

Speaking of the Australian Prime Minister, it’s quite disappointing to see him wanting to stay in office rather than do the right thing. On the other hand, I get where he’s coming from. Those who work for the government, or run it, for that matter, have to make decisions that might not align with their core beliefs. Keeping ones’ job and doing the right thing would not be mutually exclusive in a rational world. Then again, we do not live in such a world as most politicians fear that they will lose their jobs and would, at times, refuse to stand up for anything that’s important.

Meanwhile, Daisy returns from her cruise vacation with her daughter only to find that there’s a risk of a measles outbreak. Both mother and child are taken to a quarantine center where tests are run to make sure that everything’s ship-shape, no pun intended. The press secretary’s results were negative for the virus, but Joanna’s was not. The little girl was immediately taken to another quarantine room where she began to exhibit symptoms of the disease.

I could feel the worry and fear running through Daisy’s mind as she watched doctors and nurses save her baby. I also felt sympathetic towards the couple that Daisy met on the cruise ship. The guilt of not vaccinating her own daughter eats away at her. Though it’s not technically her fault as misinformation led her to think that the vaccine will cause her child to become autistic. For the record, I never heard getting a vaccine would result in having a disability. Maybe those supposed “scientists” and “researchers” need to go back to the drawing board, hmm?

The solution to the whole climate migration crisis is an interesting one. While I think that providing proof of vaccination in order to obtain a passport is reasonably sound, it may violate people’s civil liberties. I mean, it all comes down to choice. Parents can vaccinate their children should they choose to but there are many others who can’t afford it. Perhaps it would be better to have a taxpayer-supported health care system put in place. Then again, it’s going to be a lengthy discussion in Congress before it’s put into action. I agree with President Dalton that if people won’t listen to reason, then it’s time to exert a little bureaucracy. At least the hour ended on a happy note and a PSA from the secretary herself via voice-over with regards to vaccination.

Will getting back into the dating world. Never thought I would see the day. Though I think it’s a bit too soon given the circumstances, I have to agree with Henry. Will is a grown man and he can make whatever choices he wants. I understand Stevie means well, but she should stay out of other people’s business.

Since when is ebola sexy? Someone clear that up for me, please.

Elizabeth struggling to go off the grid, at the beginning of the episode, is amusing. She’s like most of us nowadays where our cellphones are attached to us at the hip. If we forget it or otherwise, we feel like a part of us is missing and that people would worry about our lack of online presence.

Three cheers for Kat’s friend at the Ministry of Health in the Philippines for helping with finding Patient Zero. It might seem that she aided inadvertently when she moved her laptop while storming off, but I think it’s an act because she herself is a mother, and she will do anything to protect her child.