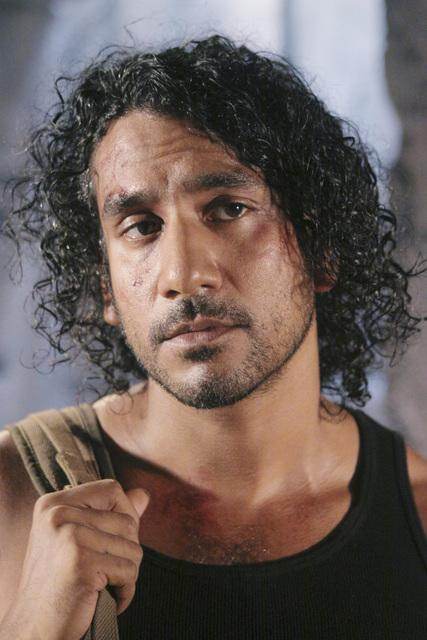 Darkest episode of LOST ever? Quite possibly. “Sundown,” was a wonderful title because it had many meanings, including the obvious one from the context of the episode. However, I think it also had that wonderful double meaning of the sundown in Sayid’s “scale” between good and evil, and a possible sundown for the tone of the series as a whole.

The episode was one of those kickass actioners you usually only see once a season (i.e. “Homecoming,” for season 1, “The Shape of Things to Come,” for season 4) and did it deliver. I don’t think that even “The Shape of Things to Come” had such a dramatic impact as “Sundown” did. Sure, nobody really major died (Sayid’s soul notwithstanding), but the character development in this episode remained really, really strong (as it was in last week’s “Lighthouse” and the week before’s “The Substitute”). Sayid was developed in his descent down into darkness, and I hope there’s some redemption for him in either this universe or the other.

As far as deaths in the episode went, Dogen’s came rather suddenly, though I wouldn’t be surprised if we saw him again, if only in flashback. I had kind of figured Lennon was going to go as well, but he was so brutally murdered by Sayid that it was shocking for me. I hate that, too; he was my favorite Other, if only for his Beatles-referential name.

And that was only in one timeline. The reset timeline featured the return of Keamy and Omar, who apparently enjoyed going to “Eggtown” while they extorted debts from Sayid’s brother and kidnapped Jin. That storyline will presumably pop back up soon, even if Keamy and Omar were killed once again (It’s likely we’ll see them again in Jin’s flash-sideways episode).

The rest of Sayid’s flash-sideways was a little sleepy, except for the really interesting dynamic between Sayid and Nadia, who married Sayid’s brother in this timeline. What a twist. He’s one of the first cases we’ve had where the reset timeline isn’t necessarily that great compared to the original timeline.

The Island storyline was very interesting, though. Sayid finally got around to demanding answers, and was manipulated by Dogen into attempting to kill the Man in Black with a knife (in hopes that the Man in Black would kill Sayid). Silly Sayid soon found out the truth, and returned the favor to Dogen by drowning him (and then he cut Lennon’s throat). Dogen’s death appears to have given the MIB free reign in the Temple (Why? Good question.)

Then there was the wonderful matter of the Man in Black’s ultimatum: join me or die. In keeping with his “one chance” policy, he decided to wipe out those who remained in the Temple after sundown. And wipe out he did. Kate would have died if she hadn’t jumped in the prison pit with Claire (who surprisingly didn’t go all “my baybee!” and try to kill Kate, like she had told Jin she would last week), and Miles would have been toast if Ilana and crew hadn’t shown up just in time to use Jacob’s secret passage to escape from the carnage.In the meantime, Miles gave Sun yet some more hope that Jin was alive. After a season and change of the two being apart, if that reunion is anything less than tearjerking, it’ll be a surprise.

Ben, now apparently trying to be a hero (and doing a pretty good job at it, too) tried to bring Sayid along, but after discovering that Sayid was no longer himself (or was more of himself than ever; that’s up for debate) put on his scared face and fled into the shadows. Ben’s still a coward, but he’s a cool coward at that.

And then, to cap off the episode, there was, without a doubt, the creepiest scene ever. Forget Claire’s dream from season one, and forget the bear skull baby in her crib (all the really creepy stuff seems to revolve around Claire, doesn’t it?). No, the creepiest scene of LOST ever was Sayid and Claire’s tiptoe through the carnage, eerily overlapped with Claire singing “Catch a Falling Star.” It was spine-tingling, especially when overlapped with the fact that these two Losties who we used to know and love, are now at least partially responsible for the awful carnage they’re walking through.

The two (along with Kate) reunite with the Man in Black, who is waiting on the outside of the Temple, and they set off into the jungle, for an uncertain future.

It was the best episode of the season, and it definitely proved that season six, which started unsteadily, is in full roar from here on out. A+

Check out promo photos for the March 9 new episode of LOST.