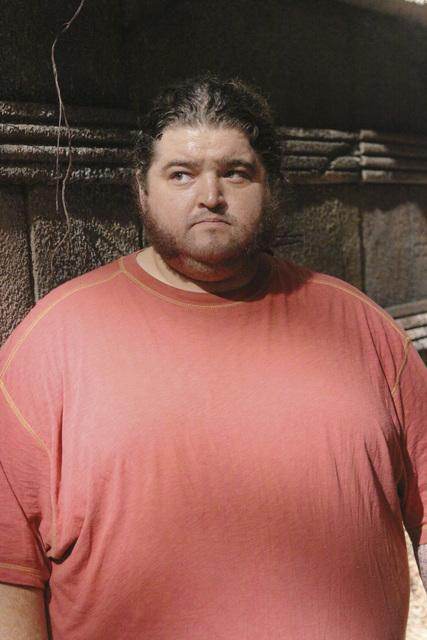 “Lighthouse” was the first episode of LOST‘s sixth season that posed more questions than answers. I’m totally cool with that (it is a mystery show, after all), but some of the facts not revealed felt like they could have been, and even felt deliberately left unanswered. Case in point: who is number 108? That’s who Jacob wanted Hurley to turn the lighthouse mirrors to, before Jack decided to destroy them. I mean, even if Jack was in his own emotional state, don’t you think Hurley would have at least taken a look at the giant wheel of names to find out who Jacob wanted to bring to the Island?

Make no mistake, despite the lack of reveals in this episode, it was still very solid. We saw a bit more of what was afflicting Claire, and we also took a glimpse at Jack’s reset timeline, in which he had a son (probably with Sarah). The son, David, was afraid of Jack for the same reason that Jack was afraid of Christian: he didn’t want his father to see him fail. It was one of the most moving off-Island storylines ever, definitely on par with first season flashbacks.

There were also little fun easter eggs thrown in through the “flash-sideways” (that term still leaves a bad taste in my mouth) that made them worthwhile, mythologically. Jack found a scar that he didn’t remember on his abdomen, where his appendix had been removed. His mother claimed it had been removed when he was a child, but you can tell that some major deja vu is going on. Does he remember Juliet taking out his appendix? Maybe not. But he knows something is going on.

There’s also the little hidden bit that I thought was really clever: on the welcome board leading to David’s audition, the performers are mentioned as “candidates.” Probably no big significance, but it’s interesting to show how the universes are bleeding over. That’s not to mention Dogen and his little boy, who are, for some reason, living in Los Angeles.

The on-Island storyline wasn’t as meaty in character-development, or really plot development. The best part of the episode for me was Hurley and Jack rediscovering the skeletons of Adam and Eve in the caves. We remember, Damon and Carlton are telling us. Just trust us.

But the Island landmark that Hurley and Jack were travelling to wasn’t the caves, but a lighthouse that’s somehow managed to stay out of the survivors’ view. “I guess we just weren’t looking,” Hurley notes.

Inside the lighthouse are three mirrors, and when turned to an angle corresponding to one candidate (we now know that there must be 360 candidates), the mirror shows an image from the character’s pasts. On one image (presumaby #42, Kwon), we saw an Asian-style structure, while on Jack’s we saw his childhood home. This of course leads us to believe that the lighthouse doesn’t actually beckon to ships on the sea, but to the people in their pasts. This is making how Jacob was able to lure the survivors to the Island that much more apparent.

But before they could find out who 108 was (I think it’s Desmond, since the Island “isn’t done” with him yet) and why they needed to come to the Island, Jack broke the mirrors in a fit of rage because Jacob’s spirit wouldn’t show up. In fact, Jacob only showed up way too late, expressing nonchalance about his broken mirror and stating that this exercise was just to make Jack realize how important he was. He then states that the mission had a secondary objective: to get Jack and Hurley away from the Temple, because someone bad was coming. Who would that be? None other than Claire and the Man in Black.

Speaking of Claire, she’s rather nice to Jin, and she remembers who he is. However, she’s more Rousseau-like than ever, still whining about where her “bay-bee” is (if you don’t listen to the Lost Podcast with Jay and Jack, you’re missing out on a great impression of Claire). She thinks the Others in the Temple took Aaron, and interrogates Justin, the kind-of-nice Other who survived the shooting that killed Aldo.

Jin tries to save Justin’s life by telling Claire that Kate took Aaron, but she kills Justin anyway, with an axe to the stomach. We got a pretty grisly closeup of the entry wound as it was created. Jin promptly retracted his story about Kate, whom Claire stated she would have killed, had the story been true. Oh, Jin, why don’t you know more? All you’d have to do is tell Claire that Aaron is with her mother, and everything would have been okay. But no, Jin’s always a step behind everyone else (not by his own fault, though).

And then, guess who shows up to be Claire’s friend? The Man in Black, who ends the episode for the second time in a row on an eerie note. This confirms that MIB is the Christian imposter, quite honestly. There was a moment there when I thought Claire would reveal MIB’s real name, but unfortunately, she didn’t. What is that guy’s name? Esau? Cerberus? Samuel? Jimbo?

All in all, the episode was a solid one for both character development and mythology, though it didn’t pack quite the punch that last week’s “The Substitute” did, which is disappointing for a Damon- and Carlton-penned episode. But it left me wanting more (in a good way), so I’ll give it an A.