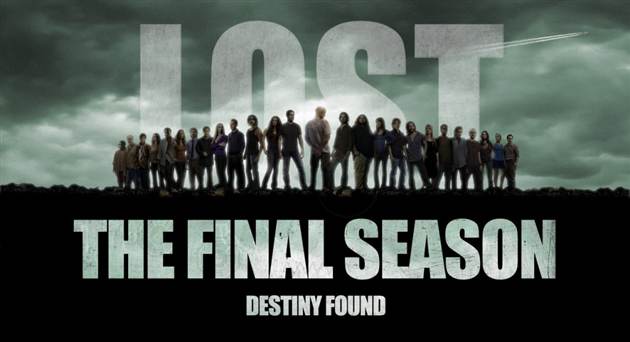 The second hour of LOST‘s sixth season was no less epic than the first, although it comprised of much more exposition than the previous hour did. The episode’s main focus stayed on Jack, Kate, Hurley, Sayid, Sawyer, and Miles, and focused less on Ben and the Dark Entity, to whom much of the previous hour had been dedicated.

The alternate timeline storyline was a bit of a snore until the final scene, which featured a surprisingly friendly meet-up between Locke and Jack in the waiting room of the airport. After receiving some inspirational words from Locke concerning the death of his father, Jack offered a free consult to Locke regarding his paralysis, which it seems likely that Locke will take him up on. The other part of the storyline revolved around Kate escaping from Edward Mars, and hijacking a taxi that housed a still-pregnant Claire, who appeared for the first time since the season four finale. (Fun fact: the taxi driver was David H. Lawrence XVII, whom you may know as Eric Doyle on Heroes).

However, the on-Island story more than made up for the expository alternate timeline scenes. The episode began with the survivors entering the tunnel under the Temple wall, while Miles and Sawyer stayed behind to bury Juliet. They found Montand’s body under there, which convinces me that the D.E. killed Montand and impersonated him to lure the others down. It’s as we suspected, but now it’s confirmed that the real Montand never left the tunnel. The group of survivors were then captured by the faction of Others who had been sent to the Temple by Ben in “Through the Looking Glass.” It’s about time we saw them!

They are led by Dogan, a Japanese-speaking Other who uses a man named Lennon (who couldn’t possibly have been named after his lookalike John Lennon) to translate for him, even though Dogan can speak perfect English. After finding a wooden ankh in Hurley’s guitar case, Dogan breaks open the ankh to find a note from Jacob that says that if Sayid dies, they’re all in great danger. Perhaps Dogan was paraphrasing.

He proceeds to have Sayid drowned in a Temple fountain, and, after watching an hourglass run out, proceeds to tell the survivors that Sayid is dead. He later chats with Hurley, who reveals that Jacob’s dead too. Dogan and the rest of the Others fly into a panic, circling the Temple with ash and lighting a flare to warn the rest of the Others that Jacob is dead. Sawyer and Miles, in the meantime, are captured and brought inside the Temple. Sawyer states that he doesn’t intend to kill Jack — instead, remaining on the Island is punishment enough. This is a refreshing change from the revenge-ridden Sawyer we’ve seen throughout the series. Oh yeah, and Sayid wakes up.

Richard and the Others around the statue see the flare, and realize that Jacob is dead. Meanwhile, the D.E. begins to burn the bodies of Jacob’s bodyguards, and tells Ben about Locke’s confused last thoughts. He then reveals that he wants to “go home.” Where’s home? Good question.

The D.E. then exits the statue, tells Richard he looks good out of “those chains,” and then proceeds to knock Richard out and carry him away, telling the Others surrounding him that he is “disappointed.”

Overall, the episode raised quite a lot of questions, but answered even more, especially regarding the nature of the D.E. It was also pretty much confirmed that Richard was one of the slaves on the Black Rock. Inference, people. Aside from the snoozy alternate timeline scenes, the episode was absoltely amazing. I give it an A-.