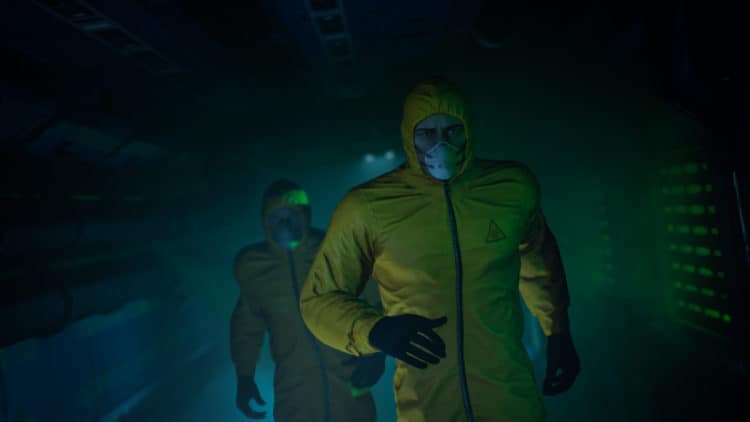 Level Zero is a new asymmetrical horror game that takes place within a space station that is spiraling throughout the void of the cosmos. There isn’t a story mode to speak of, but the basic premise is easy enough to grasp. One team of players are engineers that must repair various parts of the ship without alerting the enemy. The other team is monsters that lurk in the corridors, stopping the players from accomplishing their mission. It is a simple enough setup for a video game and it has worked wonders for Dead by Daylight and even the ill-fated Friday The 13th. This new IP is being developed and published by DogHowl Games. Of course, this is a first-person experience where players will be in the shoes of the survivors, trying to escape the station. It provides an intense and intimate experience that very few games in this genre have managed to capture. On the other side of the bloody token, playing as the telepathic beasts hunting the survivors is a heart-pounding, adrenaline-fueled affair.

When it comes to the lore of Level Zero, there was a space expedition on September 17, 2058. The sole purpose of it was to collect soil samples and other elements on an uncharted planet for research. Naturally, during the course of the expedition, things went array.  Communication was cut off and the station began to lose power. Something wasn’t right and it wasn’t long until the source of this problem reared its ugly head. Now, all of the scientists aboard the ship must repair everything that was dismantled and steer the vessel back home. With the blackness of space seeping into the crevices of the ship, players must keep the lights on. The alien threat that looms in the venting shafts thrives in the murk and the only safety available is an illumination of any kind.

Dancing In The Dark

The team of players that are controlling the monsters will have the ability to see in the dark. Given that the majority of the playable maps are shrouded in blackness, this gives them a major advantage. They have telepathic abilities that give away the position of the survivors. Thus, the monsters will also have abilities to stun their prey as they prowl the shafts of the station. There are artifacts scattered throughout the station that they must find. These will replenish their energy to help keep them in the fight. On top of that, the light will harm them and they must avoid it at all costs. Level Zero has already had a free Alpha Test for players on Steam and the developers over at DogHowl have digested all the feedback. One complaint was that the monsters didn’t have very many telepathic abilities and that is now being expanded upon. Also, there are also going to be different variations of monsters added to the roster in the near future.

More maps are coming that will be more expansive in terms of locations. New areas that take place on Earth are in the works, as well as other parts of the ship. So far, players have been taking this game to heart and they like what they see. There is no doubt that there is passion behind this project and there is a growing fevered interest behind it. More animations of the characters are coming,  as well as a more robust variety of unlockable skins. Thus, the overall interface of Level Zero is getting an overhaul. The leaderboard interface and menu system will be more accessible and less clunky like it was on the Alpha. Moreover, the environment will eventually become more interactive, giving players more options to try things out and set up traps. The humans will be getting more gadgets and random events will be more frequent.

Every round in Level Zero will be a totally unique experience. It comes with a roguelike randomizing system to where items are always in different places. There are 1v1, 2v2, and 4v2 game modes that players can try out. They can either play alone or with a group of friends. There will be a new game mode coming soon after launch called, “Mafia.” It is mentioned that this mode will be reminiscent of the ever-popular indie Among Us. This will help spice things up that go beyond the standard survivor matches that can grow stale after a period of time. The development of this IP is very organic and the talent behind it is taking the initiative of listening to their fans. This is a rarity in this day and age and it should be embraced throughout the gaming community worldwide.

On top of everything else, there is also a new “Survivor” mode that will be implemented. This will require a large number of players to team up and outlast the onslaught of monsters lurking about. Players will need to stock up on large piles of resources. Then, they will need to branch out block station sectors to fix them. They will also need to establish checkpoints and keep finding lighting sources to keep the monsters at bay. The monsters, on the other hand, will need to be bloodthirsty in order to survive this mode. They will need to constantly reproduce to effectively grow their numbers and overtake the station. In order to do this, they will need to act like hermaphroditic creatures, in some ways. They must eat a certain amount of corpses before they can multiply. Of course, they must stay out of the light and keep finding ways to sabotage the efforts of the human players.

Even though the basic foundation of Level Zero isn’t really anything groundbreaking, there still seems to be love and care put behind this project. The developers are taking everything into account that the player feedback has garnered. This game will be available later this year for the PC. It has not been noted that this IP will be released for home consoles, as of yet. Of course, anything is possible for this generation since PC and consoles exclusives are seemingly starting to blend together.