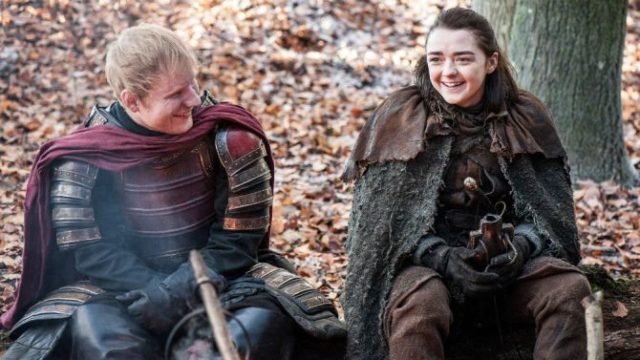 The conclusion of Game of Thrones is in sight. After all, Season 7 has just had its premiere, which is important because Seasons 7 and 8 will be covering the last stage of the civil war as well as the fight to hold back the White Walkers. Since this was a premiere, it should come as no surprise to learn that the episode served as something of a refresher, though some interesting things were nonetheless revealed.

Here are the things that we learned from the season premiere of Game of Thrones:

House Frey Is Out

The Starks Are Having Internal Conflict

One of the poorer parts of Game of Thrones is its cynicism when it comes to politics. It seems to believe that the sign of a capable politician is 50 percent sarcasm and 50 percent ruthlessness, whereas the books stresses the importance of honorable behavior by showing how it inspires those who have been treated well. Regardless, the result is that the conflict between Jon and Sansa regarding the fates of Bolton supporters leave both lessened in the process. Jon is lessened because the plot makes him look good for no real reason on his part, while Sansa is lessened because she chose an approach that was bound to fail because she wasn’t attempting to persuade but rather to attack Jon’s arguments in a manner that undermined him in front of others.

The Lannisters Aren’t Going Out without a Fight

In Season 6, Cersei managed to alienate all of the traditional power structures of Westeros, with an excellent example being the blatant killing of the head of the Faith of the Seven. As a result, it is clear that House Lannister is going to be pressed hard, though considering that the Lannisters have started showing something of their natural intelligence, it is also clear that they are not going to go out without a fight.

Are the Maesters Stepping In?

At Oldtown, Sam has started the process of learning more about holding back the magical threat that is moving against all of Westeros. However, it is interesting to note that members of the book fandom often speculate that the maesters are anti-magic, so much so that they have been blamed for killing the last Targaryen dragons before Daenerys’s miraculous hatching as well as the suppression of information about magic. This is understandable considering the harm that magic can do, but at the same time, it has left the Westerosi vulnerable to magical threats. Regardless, one cannot help but wonder how the maesters will react to the return of the dragons as well as the return of the White Walkers, which we should be able to see from Sam’s point of view.

Jon and Daenerys Are Going to Team Up

Speaking of dragons, Daenerys showed up for no more than a short time in the episode but nonetheless made a big impact because the similarities could not be more obvious. There she is in the ancestral home of House Targaryen, where her own ancestor Aegon the Conqueror plotted out the conquest of the continent while looking upon the same map shown in the scene. However, Aegon had his two sisters to ride their three dragons to war, whereas Daenerys has no one but herself. Still, it is clear that Jon and Daenerys are going to team up at some point before the end, particularly since she has just come into possession of the dragonglass that Jon is going to need if he wants to be able to fight the White Walkers in an effective manner.