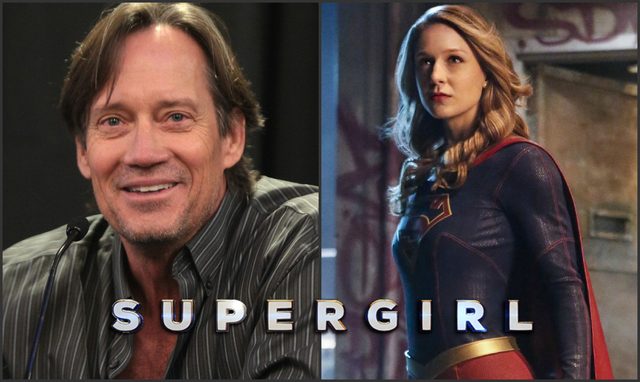 If you’re ever looking for a name from the past then look no further than Kevin Sorbo.  Sorbo rose to television immortality back in the 90s when he played Hercules.  Sorbo is best known as television’s Hercules, having played the role in five television movies in 1994 before starring in his own hit TV series that ran six seasons from 1995-1999. He later headlined the sci-fi series Andromeda and more recently has made guest appearances on a number of shows, including Don’t Trust the B—- in Apartment 23, Hawaii Five-0, Psych, Two and a Half Men, and The O.C.

This announcement came only days after it was announced that Teri Hatcher would also be cast as a villain.  You’ll recall that Hatcher got her career started by playing Lois in the TV show “Lois and Clark” which starred Dean Cain as Superman.   We have no idea if Hatcher and Sorbo will be on the screen together but it looks like Supergirl is pulling out all of the big guns.

Executive producer Andrew Kreisberg released a statement following the announcement where he expressed his excitement: “Since his days as Hercules, Kevin Sorbo has brought such a strong presence to the screen and we couldn’t be more excited to have him join us on Supergirl.“

So not only are television shows rebooting old TV series, the reboots themselves are rebooting older characters.  I feel like I’m in the Twilight Zone.  Still though, the shows are bringing great opportunities to actors who haven’t been in the spotlight for a while.  I’m a big fan of these moves.

Here’s the official description of the hour long episode

The hour-long drama centers on Kara Zor-El, Superman’s cousin, who was born on the planet Krypton and escaped amid its destruction years ago. Since arriving on Earth, she has been hiding the powers she shares with her famous cousin. But now at age 24, she decides to embrace her superhuman abilities and be the hero she was always meant to be.