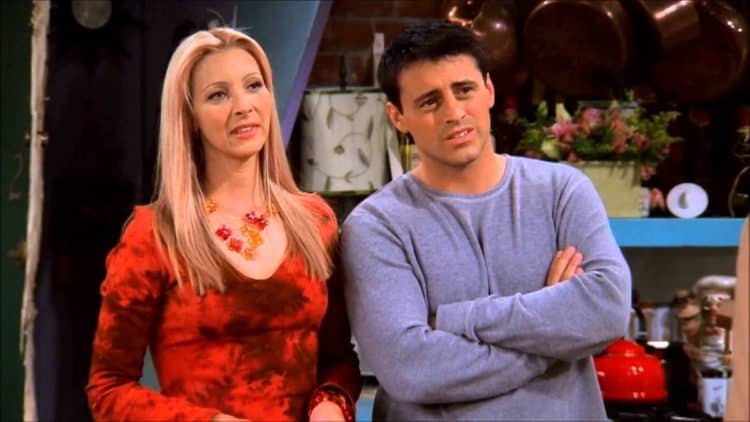 Known for his dumb but charismatic demeanor, Joey Tribbiani (Matt LeBlanc) gave us one too many memorable moments on Friends. When he wasn’t trying to pee on Monica to help with a jellyfish sting, he was supporting Phoebe (Lisa Kudrow) by refusing to watch an adult film she supposedly made. As an actor, Joey was not the most talented in the business. Sometimes he went over his head and had to be fired or cut off from some scenes. Either way, Joey Tribbiani was a delight, who lit the faces of several Friends fans with memorable one-liners. Here are a couple of his famous lines:

Of all of Joey’s lines, his most popular catchphrase is a simple salutation: “How you doin’?” Throughout the show, Joey charmed the ladies with his seductive way of asking “How you doin’?” In real life, Matt LeBlanc appears not to have lost his mojo. In a past interview with Graham Norton, he wowed Emilia Clarke with the exact same words, and her reaction said it all. “How you doin’?”, said in a way that only LeBlanc can, is an instant mood changer. The girls simply get giddy with it.

9. “I Was Backpacking Across Western Europe…”

‘Backpacking across Western Europe’ is one of Joey’s classics. It’s the trick a man uses to get a woman in bed. The make-believe story sets the perfect mood for a night of intense passion. At the time he created the fantasy, he’d given himself an alias, Ken Adams. Through the genius of Ken Adams, Rachel told Ross of the time she was ‘backpacking across Western Europe’, a line that eventually led to the birth of Emma right on top of Chandler and Monica’s wedding invitation cards.

Women and food. The biggest loves of Joey’s life. It so happened that Monica was having a slice of cake she couldn’t resist. Asked whether she’d choose to give up food or sex, Monica did not hesitate to give a reply that shocked Chandler. The same question was sent in Joey’s direction, and he had a hard time coming up with the correct answer. He racked his brain as hard as he could, only to end up with the most politically correct answer: “I want girls on bread.”

As if Joey’s lack of decisiveness when faced with the daunting task of choosing between food and girls was not enough, sometimes the two collided. Joey went on a date with a girl who couldn’t keep her hands off of his plate. Unknown to her, Joey didn’t share his food with anyone, not even Rachel’s toddler, Emma (Noelle Sheldon). Phoebe wasn’t privy to this information. Rachel surprised her with the revelation, and when Phoebe still didn’t seem to get it, Joey yelled to all and sundry, “ Joey doesn’t share food!”

Besides not sharing his food and wanting to have girls on bread, Joey had a number of invented words, like ‘moo point’. He highly thought that it was appropriate to make a move on a guy who was nursing a heartbreak only half an hour into the breakup. It all depended on whether the guy in question liked the girl, because if he didn’t, it was only a ‘moo point’. A ‘moo point’, in the world of Joey Tribbiani, was a cow’s opinion. It didn’t matter.

For someone who liked to use and do away with women, it was quite a surprise when we watched Joey fall in love. It did not help that Rachel (Jennifer Anniston), who he had a major crush on, was his roommate. The more he tried to pass it off as a feeling not worth catering to, the deeper his affection grew. “ It’s just a crush, that’s all,” Joey told himself. Unlucky for him, it wasn’t. And Rachel did not feel the same way until later.

When it came to auditions, Joey wasn’t particularly the most punctual actor. Sometimes he showed up late or attended the wrong ones altogether. Other times he was enthusiastic, like when he auditioned to become the host of Bamboozled, a game show. At first, Joey didn’t understand the game. With the help of Chandler and Ross ( David Schwimmer), he learned the game, which turned out to be as interesting as they come. In the end, Joey congratulated Ross because “Chandler, You’ve been bamboozled!”

Joey was never really the kind of person that got mad. Rarely did he and Chandler (Matthew Perry) collide, except for the time they both loved the same woman. Kathy (Paget Brewster) had more in common with Chandler than she did Joey. When she and Chandler decided to get into it, Joey, who was keen on trying to make peace walked in. “Va Fa Napoli!”, he said. Chandler had the curse word directed at him a couple of times.

Joey often went all out for his friends. He was required to write a recommendation letter for Monica (Courteney Cox) and Chandler, but he didn’t know any big words. With the help of Ross, Joey learned that there was something called a thesaurus, and he could use it to sound smart. That’s how “They are warm nice people with big hearts” became “They are human pre-possessing homo sapiens with full-sized aortic pumps.”

1. “Could I Be Wearing Any More Clothes?”

Joey’s underwear was missing, and Chandler had something to do with it. It was his way of payback for Joey hiding his cushions. He left Joey with no option but to do the opposite. Chandler had hidden his clothes, he, on the other hand, was going to wear all of his. Joey walked in with layers of Chandler’s clothing. The kicker was that he wasn’t wearing any underwear. To piss Chandler off, Joey practiced a couple of lunges. As if that wasn’t enough, he went on to mock Chandler using his own catchphrase, “Could I be wearing any more clothes?”. Joey further told a vexed Chandler, “I’m wearing everything you own.” 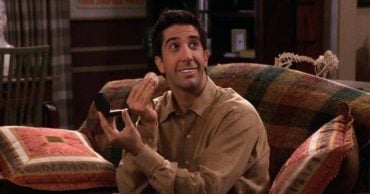 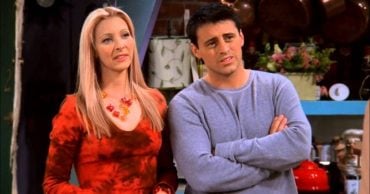 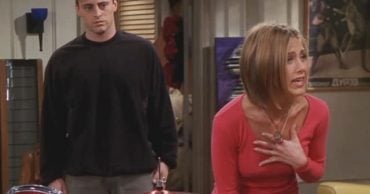 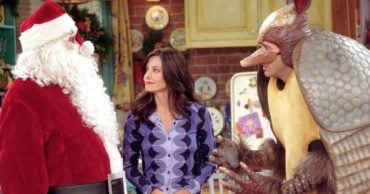 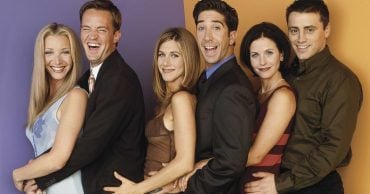