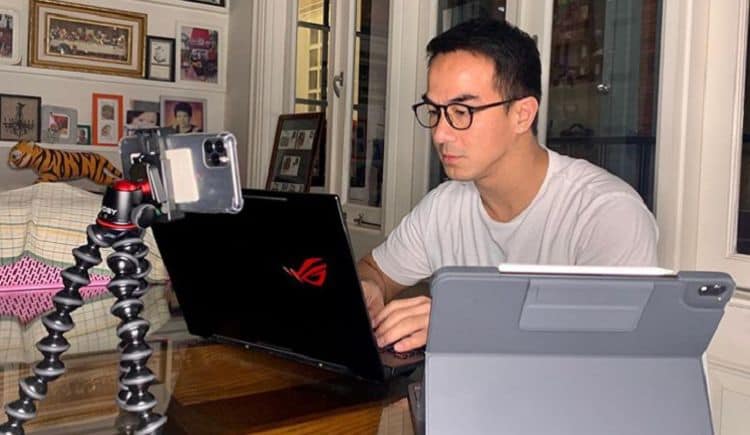 Unless you’ve watched The Raid and know who Joe Taslim is then you might be wondering just why he’s important and why he might be trending at this moment. In truth he’s a pretty good actor that has earned his way up and has also earned his accolades in other venues as well. It’s admittedly hard to know just who is trending and who is all that popular since the number of celebrities out there that deserve attention versus the ones that get it seem rather disproportionate at times. But all in all Joe is about to become someone that will likely pop up on a lot of peoples’ radar once one of the movies he’s been cast in hits the theaters or perhaps the shelves depending on how bit it’s going to be. With that in mind it might be a wise idea to start researching Joe and see what he’s all about so that it doesn’t come as too big of a surprise.

Here are a few things about Joe you might not have known.

10. Joe has done some modeling in his time.

He’s done some work in commercials and other venues in his time but it doesn’t seem as though this was his career goal since he did keep moving forward. This is in a big way a gateway for a lot of individuals that are wanting something bigger and better in their lives, and it seems to work for a lot of people.

Joe has won several medals during his time as a martial artist and despite the fact that he’s been trained in a few disciplines, Judo seemed to be his favorite since it’s what he stuck to and what he’s become very skilled in.

8. He was selected as part of the cast for an upcoming Mortal Kombat movie.

People might moan and groan to hear that another Mortal Kombat movie is coming along, but hopefully this time around it will be given the kind of treatment it needs and cater to the fans that have grown up and are fully capable of handling the gore and violence that it was founded on. As Mia Galuppo of The Hollywood Reporter has reported, Joe is being cast for the part of Sub-Zero, so already there’s a lot expectation being placed on him.

7. Joe was exposed to martial arts at a young age.

A lot of people would heartily agree that martial arts at a young age is something that can at least be tried even if a child later on decides that they don’t want to do it. What it can instill however is discipline, strength, and a sense of responsibility since one of the main things that a lot of martial arts schools teach is that the skills learned are primarily for self-defense.

He played a villain that had a run-in with Roman and Han and as you can imagine he was something of a handful for the two since neither one of them are that skilled at fighting in the movie. But of course as a bad guy he eventually had to go down.

5. Joe is also an award-winning actor.

He’s had twice as many nominations as wins but at the same time that’s impressive since he’s won a good amount of the time, which definitely backs up the idea that he’s a good actor and knows what he’s doing on screen.

4. He showed up in Star Trek: Beyond.

Joe played a character that was named Manas and was second in command to the character played by Idris Elba, though you’d really have to look to see that it’s him since the amount of makeup that the actors playing the alien race is enough to mask just about anyone’s appearance completely.

He’s amassed an impressive following on Instagram and as you can imagine he’s likely going to see a lot more join up since he’s going to be taking on a character that is known throughout pop culture as one of the most impressive and loved characters of the past few decades.

2. He’s got an interest in playing the part of Namor: The Sub-Mariner.

Joe is one of several actors that seems to want this role and honestly when you see fan art of him as the character it would seem that he might be one of the best options available since he looks spectacular. This is a character that really needs to be brought into the MCU at this time, or some time in the future hopefully. Monique Jones from Color Web Mag definitely seems to think that he’d be a worthy candidate.

1. As of now his net worth is under review.

He’s been around for a while but his net worth doesn’t seem to be a certain thing yet which is kind of hard to figure out. But as he continues forward it seems as though this might change quickly.

His future is looking pretty bright at the moment.