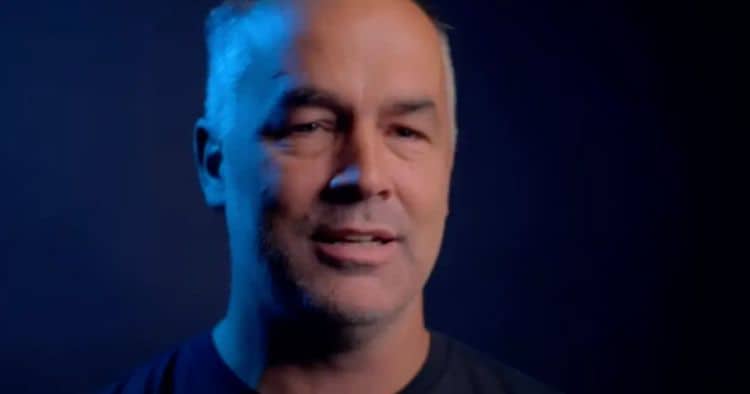 With so many reality shows to keep up with, it’s no wonder we are all often confused about what we are watching and who the stars of all the shows really are. “Forged in Fire,” is a History Channel production that allows people who create interesting pieces to come onto the show and use their own talents to showcase their skills and abilities to the fans of the show. Jason Knight is one of those people, and it seems that he’s making some headlines all of a sudden. It seems he’s more interested in being known for his work and not for working on a television show. What does this mean? Well, we don’t know, but we do know that there’s so much we don’t know about him.

Jason Knight showed up during Season 3 of the show to work as a judge. He was the replacement judge for James Neilson – he needed a serious surgery and was required to take a leave of absence from his judge’s seat. Knight was kind enough to fill in for him, and he made the time to come back in Season 4.

More specifically, he is an ABS Master Smith. He’s worked many years on his craft, and he’s quite proud of it. It seems that he has the opportunity to become better known for his work rather than his appearance on television, and that’s where he’s going from here. He wants to be famous for the work and skills he’s done, not the time he spent on national television. It’s admirable.

He once told the world that he didn’t have the best time on the show. He didn’t say anything negative per se, but he did mention that he basically spent his time doing something that was a trade off for something that he didn’t really care too much for. He wasn’t there for entertainment, specifically. He’s too talented and too proud for that.

One thing that he believes is that this is the kind of show that is great for inspiration, but not much else. What does that mean? He means that you should not try to learn to create things like the blades on the show by watching. You should watch, become inspired to want to properly learn the techniques and skills involved, and then learn.

While we are sure that uses them – we all do – he doesn’t really feel that the fans of the show should be supporting them when it comes to products like the ones he makes. These are the items he feels that people should spend real money on, and they should find a master craftsman to make them for them. He’s not a fan of things like buying your goods at Walmart.

6. He Did Not Hate Everything About the Show

If there is one thing that he is appreciative of, it’s the fact that this show has brought some much-needed attention to his craft. Most people don’t have a clue that it’s people like Knight who work behind the scenes to create these items that they never think about. Now, people are thinking about it, paying more attention to it, and bringing some recognition to the craft. That, he appreciates.

He’s a southern gentleman through and through being born and raised in Charleston. It’s a lovely coastal city that has all the charm and all the southern hospitality you could ever hope to find. It’s a small city that feels like a much smaller town, and that’s where he called home.

8. He Got his First Grinder as A Teen

He was always into knives, but it was the way that they were made and created that really got him going. He was a teenager when his parents bought him his very first grinder, and that’s where his craft really began to take place.

10. He’s a Man with Imagination