Home
Television
10 Jane the Virgin Spinoff Ideas That Could Work 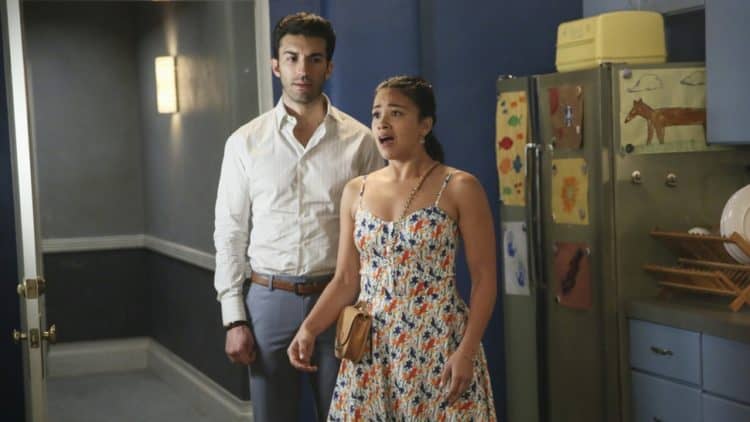 The popular television series “Jane the Virgin” has come to an end after just 5 seasons. It’s been a crazy ride for fans with so many twists and turns that for many, it’s been an addiction that is going to leave them wanting for more. We’ve learned that there will be a new spin off of the original series, but much to the dismay of some fans, it will not include any of the original characters of the cast with the exception of Jane Villanueva as the narrator of the new show which is based on her written work. Since there is a bit of discontent over the end of the show and it doesn’t seem that the new spin off is what some fans are hoping to see, we did a little investigation to find out what “Jane the Virgin” fans are really interested in and we’ve come up with ten ideas for new “Jane the Virgin” spin offs that could actually work.

When Michael was killed and then brought back to life in the fourth season, it was a real twist in the plot. It had fans theorizing what possibly could have happened to him. We discovered that there are multiple directions that the writers could have gone with this segment that would have absolutely thrilled fans. We all know that Michael had his share of complications and heartbreak throughout the story. He’s a detective who has had ups and downs with Jane with the breakups, getting shot, getting married and seeing her carry another man’s child. He’s a complicated character who was developed to be a good guy…perhaps a little too thoughtful and conscientious. Fans were forthcoming with a variety of theories about what happened to the character in his absence and we believe that a story that is based upon his life may just catch on and become a big hit.

Another interesting spin off from Jane the Virgin that could work would be about Billy Cordero, Michael’s brother. We learned about him in the first season and Michael doesn’t like his younger brother, but there is a back story behind their relationship that goes way back. Perhaps he knows something about Michael that the other’s don’t? Everyone has their story and we think that Billy may have an interesting point of view that would make an excellent spin off series. In fact, he and Michael were both partners in crime when they were younger and it was Billy who took the blame when they were caught stealing cars and selling them for parts so it would seem that Michael’s anger could be a bit misplaced, but we think that there’s a good opportunity to feature Billy as the main character in a new spin off series.

One of the best twists in the plot came in the form of the revelation that Rose was Sin Rostro. It was a bit shocking to learn and most fans had no ideal until the big reveal, but Bridget Regan did an amazing job of portraying the former attorney gone bad. She’s one of the more interesting characters in the series and we think that her back story could be developed to provide a very interesting new series base on the character of Rose and her descent into a world of crime and evil. She’s a master of disguise, which is another angle that writers could use for a new series. She’s hard core, but has one weakness and that is her love for Luisa. This would definitely be a sinister series similar to what we’ve seen in other shows such as “Dexter.” We think that a spin off featuring Rose could work. It really shouldn’t have come as such a surprise that Rose was Sin Rostro. We think that it could be novel to begin a new series with her as an inmate who wreaks havoc in prison, and what happens when she is released back into society. Perhaps the character of Rose will have learned some new things to share with us from her days of incarceration.

Luisa Alver is a character portrayed by Yara Martinez and she offers some interesting qualities that could make for a good spin off series. A show that focuses upon her role as a doctor and the decisions that she must make about her life could go in a lot of different directions. What happens to Luisa after Rose is arrested? How does she reconcile the fact that she is in love with her stepmom and what interesting problems does her alcoholism present? A new series that is somewhat loosely based upon the life of Luisa is something that we think fans could really get into because of the great potential for character development. People love a good soap opera type series and when presented in the context of everything that has happened, this is a chance for the writers to take the character Luisa Alver and run with it. We think that she is one of the more interesting characters and it would be great to see her move forward with her life and actually do something productive, perhaps with not quite as many twists and in a more normal setting just to prove that life doesn’t always have to be so darned complicated.

Who wouldn’t love to see a spin off that follows the life of Esteban Santiago? He is the guy who went up against Rogelio for Xiomara’s affections and the union resulted in her pregnancy and secret abortion. Santiago seems to have a magnet in his pocket that attracts him to the mother of Rogelio’s children because he was also involved with Darcy and falls very hard for her. The handsome character Esteban is multi-faceted and we believe that there are quite a few directions writers could take his character if they were to write a script with Keller Wortham in the starring role. He brings a great deal of energy to the role and in “Jane the Virgin” we see so many possibilities for Esteban as he struggles with his king sized ego and his frequent bouts of hysteria, but we have also see how he is able to get a hold of himself and entertain the notion of cooling down his obnoxious nature. Everyone has their story and although there are a lot of fans who felt that Esteban was a real jerk, he presents excellent fodder for character development and an exciting look into the personality of the character, who he really is and why he does acts the way that he does. It’s not likely to generate a lot of sympathy, but it might just be interesting enough to watch.

Justin Baldoni gave a stellar performance in his role as Rafael Solano. In fact, he stood out as a key character even though the competition for attention on “Jane the Virgin” was extremely intense. He has a ton of potential story lines associated with his character and a spin off series that focuses in some aspect of Rafael’s life would likely be a great success. He’s the owner of the Marbella, has went through the heartache of a cheating wife, had a child with Jane in a very bizarre way that did not include having sexual relations and has beaten cancer. This is one interesting character and the emotions that fans felt when he pursued Jane left them with mixed feelings because of their strong attachment to Michael, who died then returned to the show. Rafael is a character who was given up for adoption as a young child and sought to know more about his birth parents and there is so much here to work with that we think a spin off titled either Rafael or Marbella would be in order.

The daughter of Rogelio and Darci offers a brand new direction to take in a spin off that shows us what happens to her as she grows up. Her father, Rogelio actually took time away from his duties and stopped acting just to care for her. We see the potential for a new series with a character that was an infant when the original ended. There are limitless directions to take the story of Michaelina. She has an interesting history on her father’s side of the family and there are multiple ways that she could be represented that might tie in several of the existing story lines from “Jane the Virgin.” The complexity of her relationships that is intertwined with the other characters including Xiomara and Jane could actually be quite interesting.

A spin off that focuses upon Rafael and Petra’s twin daughters Anna and Elsa could also turn into a new series easily. We already know that their half brother has behavioral issues but these girls have their social skills in line and they represent the possibility for a ton of different story lines. With a mother like Petra, there are a few different ways that a new series could be written. A new show that features the twins grown up and trying to navigate their way through a crazy world could give us more of the riveting entertainment that we’ve had in the original series “Jane the Virgin”

9. What happened to Eileen?

There have been quite a few spin offs from original series that have taken characters that were not necessarily the stars of the show, but a character with potential to more fully develop. Elieen, played by Elisabeth Rohm was used by Rose as the villain stole her face as well as her identity so she could be with Luisa around her family. Eileen has the potential to be a real bad ass and we saw this when she murdered Scott while he was in a drunken state, then threw him in a ditch and disappeared. This is the perfect set up for a new spin off series. What happened to Eileen and where did she go? We envision a new series that features the life of Eileen after she killed Scott, but her connection to the incident would not be revealed until later in the series, then several tie in events would be exciting for “Jane the Virgin” fans because it would remind them of things they had witnessed on the original series. Even though it may be a stretch, we think that something along these lines could work out if it was done correctly.

Have you ever wondered how things worked out for Adam after he left for California? He was Jane’s first real relationship in high school and the the couple has had an on and off situation until he left her for a new job offer in California. We think that Adam was interesting and the character would offer writers the opportunity to further develop him in a series that highlights the ups and downs of living a bisexual life and making tough life decisions. The guy has a terrific and fun side and he’s a talented artist who rocks at developing comic books. He’s the kind of guy that everyone loves, but the union between he and Jane simply was not meant to be. A spin off series with him in the lead would definitely appeal to comic book enthusiasts as well as at least some “Jane the Virgin” fans. It could end up being the next long running series that fans will never want to end. 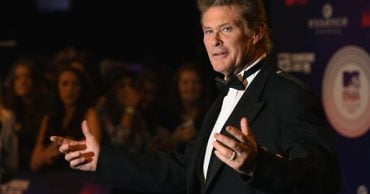 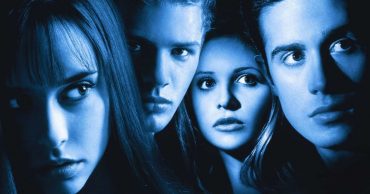 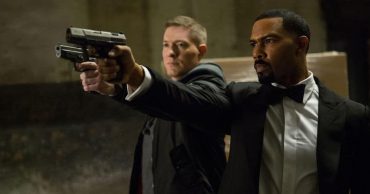 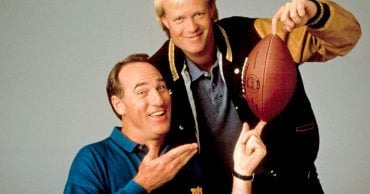 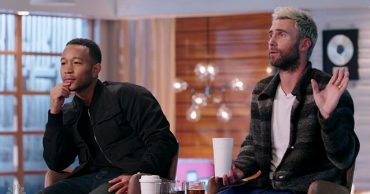 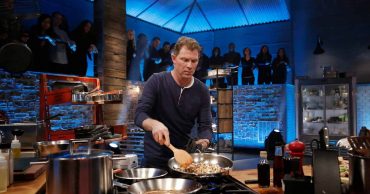