Home
Entertainment
News
Is There Renewed Hope for a Frozen 3? 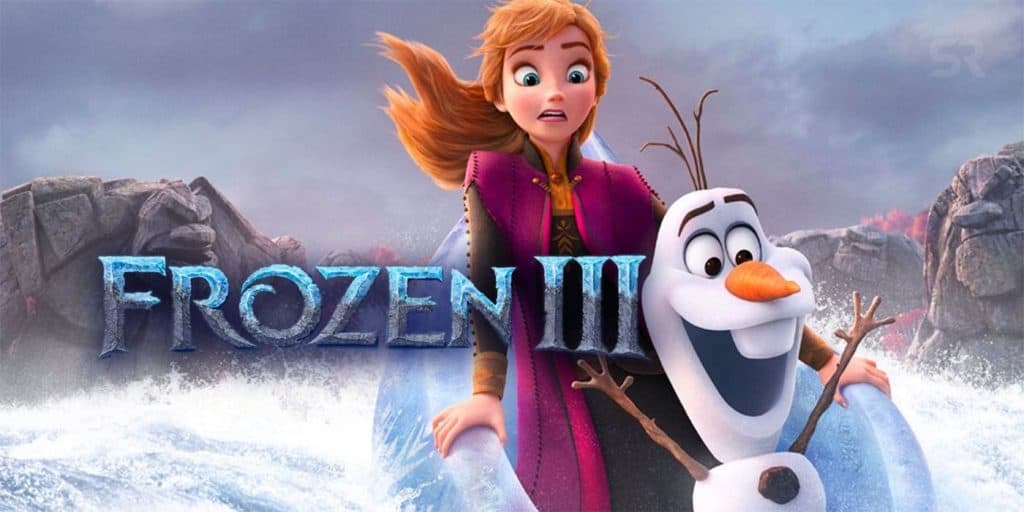 When talking about the possibility of a third Frozen movie one has to ask themselves, is there really a need for one? There might be a resounding yes from a lot of people who want to see more adventures with Anna, Olaf, Elsa, and yes, even Kristoff and Sven. But given that the second movie had Anna becoming queen and Elsa taking off to protect the Enchanted Forest, one has to admit that it might be time to let them be for a while. But the expiration date for an idea being brought forth that might be acceptable was 2025 when it was last checked, so it’s fair to say that we have a few years to see whether or not Disney is going to decide to bring this story back or to just let it sit and assume that it’s finished for now. There are plenty of opinions when it comes to this matter since one has to remember that there is a villain, or perhaps a couple of them, waiting in the wings, and there’s no telling how many others there might be that could be connected to the likes of Hans and the Duke of Weasel Town, I mean Weselton. Hey, honest slip.

But if that’s the path that the Mouse House decides to go down then it could be kind of predictable as well as risky simply because it might be what’s expected, and therefore it wouldn’t be as much of a surprise given that people could possibly theorize what would be about to happen. One would think that both the duke and Hans would want a bit of revenge on the former queen and the current queen since they both suffered a heavy loss, with Weselton losing a trading partner thanks to the duke’s attempt to undermine Arrendelle’s authority and Hans being shipped home as a criminal after trying to supplant and then kill Elsa.

Frozen 3 might have a different story, there’s always a chance after all, since the fact that Elsa is at peace in the forest might not be the end of things, and any number of things could possibly happen that might threaten both the forest and Arrendelle. This is a Disney story, after all, there are always threats to be thought up and enemies lurking in the shadows. But where the next threat is going to come from is always up for debate. There’s likely a reason that not every Disney villain dies sometimes, even if it’s a run-of-the-mill reason that doesn’t have much bearing on a sequel. If this movie does end up getting a sequel it might be something that will strike at Anna and Elsa once again, or it could be something that will strike at one or the other, forcing one of them to come to the other’s aid. It would be interesting if there was a new threat that came about to threaten both of them, but it would have to be someone that’s fairly powerful in order to really have any kind of hope of turning around the decision to make this story. It does sound as though the director was ready to call it good and move on, but after Frozen became such a huge phenomenon it’s definitely likely that someone with enough gumption and ambition could make something happen.

But creating the need is going to be one of the biggest challenges since without the need for a movie, there’s really no purpose behind the story and there’s nothing to say that it will be able to convince anyone else that it’s worth making. A lot of stories will always be worth the effort to those that write them up, but the honest to goodness truth is that if one can’t make anyone else believe in their story then it’s best to keep it as a personal musing that could possibly be reworked into something that might be popular at a later date. Frozen 3 feels, at this point, as though it might be an add-on that people aren’t wanting as much as Disney happens to think, and it’s very possible that bringing the story back could damage the interest that people have in it.

Of course, there are going to be people who would say that such a thing is ridiculous when the story has already been experienced in such a positive manner by so many. Heck, some people have grown up with Frozen as part of their lives. But as it goes with all stories, the truth is that people need to find a reason to get into it and become enchanted by the tale once again, or there’s not much of a point to it. If Disney decides to go ahead with this, it won’t be much of a surprise. But if that day comes then you can bet that this story is going to be put through a few rewrites.