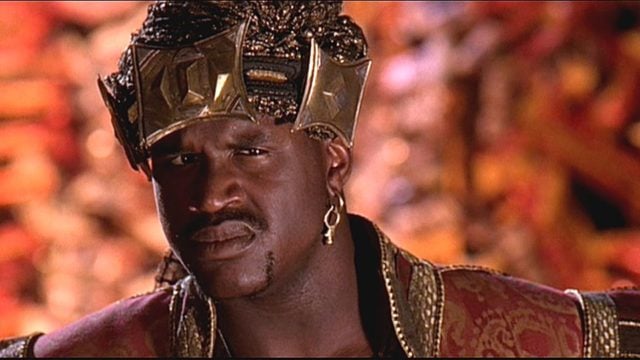 As all of you probably know by now, Will Smith is a very likely candidate to play the Genie in Guy Ritchie’s live-action Disney movie Aladdin.  If you want my honest opinion I think this a great move at this point in Smith’s career.   I personally think he needs to give the crazy blockbuster wannabe action movies a rest.   He hasn’t done well in that arena for years and it’s time for him to go back to being entertaining and funny.  There’s nothing wrong with funny.  Also, there’s nothing wrong with great acting.  I’ve always been a fan of Smith in serious roles.  To this day I still think his best role was in Six Degrees of Separation.   I don’t know, I just never liked action Will Smith.

I bring this up because despite the fact this is a good career move for Smith, I still would way rather have Shaq play the Genie.  Let’s face it.  He already has genie experience and look at that face!  You don’t think Shaq would destroy this role?  I do.   While it may never come to fruition at least all of know that whenever we have a desire to see Shaq as a genie, Youtube is always at our disposal: