Home
How to Make It in America 1.03 “Paper, Denim + Dollars” Review 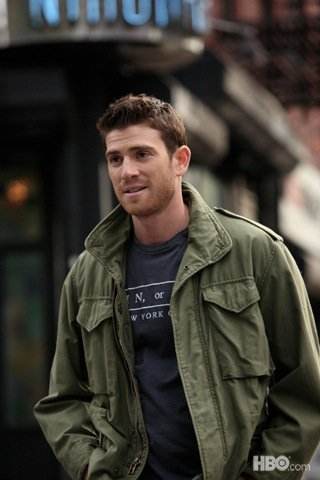 How to Make It in America is a show that nearly lost me. Its mediocre second episode, “Crisp,” just didn’t hold me as well as the pilot episode did. Thankfully, this week’s half-hour episode made me look forward to the next week’s episode.

The series seems to be moving at a reasonably decent pace; it’s slow enough for the story to have emotional resonance with the viewer everytime Ben and Cam experience small successes, but it’s fast enough so that, for the most part, the viewer isn’t yawning through every subplot.

However, my one qualm with this week’s episode was one subplot that didn’t seem to fit in with the rest of the stories being told. That subplot was Rachel’s story, where she almost quits her job after meeting her missionary friend and realizing how meaningless her life in New York is. While the conclusion of the story thread gave a great overarching message to the reasoning behind a lot of the show’s characters, it didn’t really give much in terms of supplementing the storylines we already know: Ben and Cam’s attempt to create a denim line, and Rene trying to sell Rasta Monsta.

Honestly, Rene’s story was more interesting than that of the protagonists, simply because of his interactions with his cronies. His speech comparing Rasta Monsta to Barack Obama and Sonia Sotomayor was probably the funniest moment of the episode, along with his interaction with a young customer whom he exposed Rasta Monsta to. It should be interesting to see how Rene’s success compares to Ben and Cam’s — will the show be about two successes, or will one of the two groups fail and have to watch the other succeed?

But Ben and Cam’s story was equally interesting. Cam is finally starting to have some purpose in the storyline, and managed to sell the skateboard decks that had been sitting in his apartment for a long time. Ben grew more depth as a character, after meeting his parents and finding himself unable to ask to borrow money from them.

Another great appearance, however brief, was by Eddie Kaye Thomas’s David Kaplan, who seems like an alright guy, though he was a little too believable when he tricked Ben into thinking he felt hurt by Ben blowing him off. “Guess I’ll just take a Xanax and make it a short night,” he said, before assuring Ben that he was joking.

Overall, “Paper, Denim + Dollars” was a fairly good episode, and a step up from the two previous series entries. I’ll give it an A-.