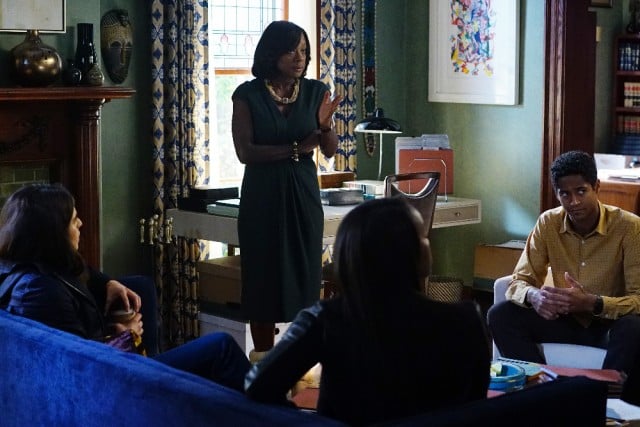 The second season of ABC’s How to Get Away With Murder has been wonderfully solid so far. Let’s take a look at what happened in this week’s episode, “Two Birds, One Millstone.”

As usual, the episode opens a few weeks from now as Frank meets Annalise as she’s being rushed into surgery to try to save her life. He appears to be frantic as he’s caught on the security cameras, but he immediately regains his composure as he returns to his car to see the body of one of the siblings. With each and every week, these flashforwards are increasingly more intriguing, and I can’t wait to see what actually leads to these events over the next two weeks as we finally catch up.

We get a look at what happened immediately after Annalise showed Asher the recording of Bonnie as a child, and it’s clear that she has helped convince him to join their cause (even if he still doesn’t know exactly what’s happened). He reveals that Sinclair is the main reason that he’s compelled to testify, but Annalise assures him that she’ll take care of everything if she tells him what it is. Asher’s heavy inclusion into the primary storyline during this half of the season has been such an improvement over his role last season, and I love how much the character has gotten to interact more intimately with the other interns. His romance with Bonnie has also turned into one of the most enjoyable things to watch on the show, and I’m glad that it’s progressing as it is.

The case-of-the-week in “Two Birds, One Millstone” deals with one of Annalise’s friends “accidentally” killing her husband. It begins to look as if she did it on purpose, though, as the investigators discover that she is transgender and was formerly a man. The investigators plan to use the husband becoming aware of this as her motive to kill him, so it’s up to Annalise to prove that this wasn’t the case. It also turns out that she had been consistently abused by her husband, but her phone call to Annalise doesn’t help her case with the DA. In the end, Annalise uses some leverage and evidence against a corrupt Judge Millstone to kill “two birds with one Millstone” and get the charges dropped.

The case of the siblings accused of murder has been ramping up heavily over the past couple of weeks, and that continues in a huge way here as we approach the fast forwards. There were a lot of things that very obviously needed to happen for everything to start lining up, and it was starting to seem that there wouldn’t be enough time for all of that to take place. Luckily, though, the HTGAWM writers know exactly what they’re doing, and pieces moved around the chessboard in ways that I could have never expected.

We also get the news in this episode that Nate’s wife Nia has finally passed away. While this is obviously the course that the show had to take, this one is the storyline that made me realize “Two Birds, One Millstone” was trying to juggle way too many things at once. I’m glad that the show is covering every single aspect that it is, but it’s better when it slows down a bit and gives things the time they deserve (as it did in last week’s episode).

“Two Birds, One Millstone” was another solid episode of How to Get Away With Murder, but I would be lying if I didn’t say I strongly feel it could have been better with fewer elements going on. I’m really excited to see what happens as we approach the future timeline in just two more weeks, and this show has proven to me that it knows what it’s doing (even if I don’t always agree with the path they take to get there).

What did you think of this week’s episode of How to Get Away With Murder? Let us know your thoughts in the comments down below! 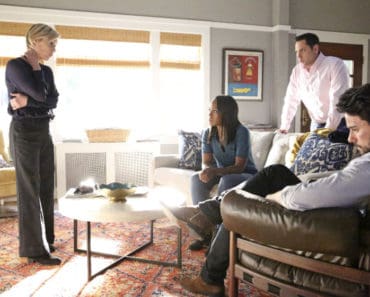 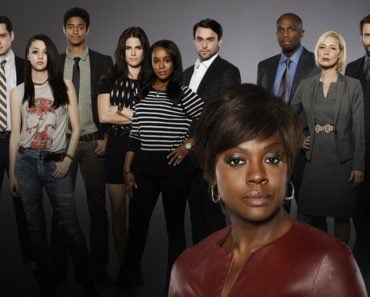